A Look Back At My Travels And Lessons Of 2012 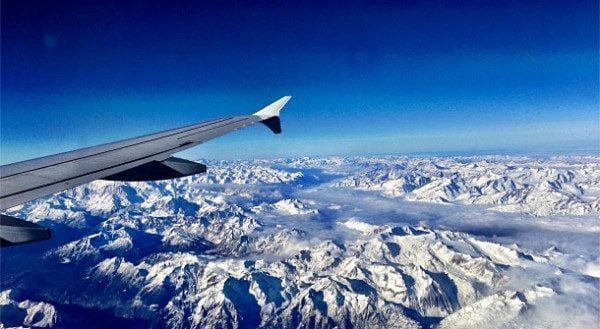 I’m back in Milan, my home base for the past couple months, thinking of how blessed I’ve been so far.  A lot happened in 2012, especially travel wise.  It was a year filled with great experiences, a few setbacks, hard times, but most of all, unforgettable memories.

Two days ago, on my flight from Muscat to Milan, I took some time to think how far I’ve gone in one year.  2012 marked the first year in my life where I didn’t have a single place to call “home”.  I lived jumping from hostel to hostel in various countries, staying with friends here and there, and even sleeping on the street a few times.

I recently wrote a post about all the countries I visited during my first year of long term travel and how much it cost me, so I wont mention all of them here.  But, here I’ll highlight some of the best moments, and worst, along with how they affected my travels. 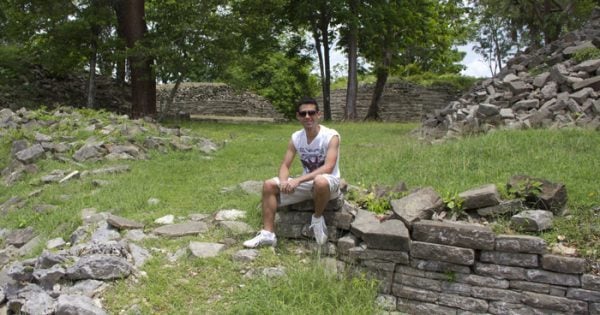 My year started in San Pedro, Belize, where I received the year with some incredible friends I made during my three months stay in this beautiful country (how I miss it!).  While Belize had been amazing, I craved to see more of the world, so I jumped to the Middle East.  I started in Israel and made my way to Jordan, where I was blown away by Petra’s architecture and how the Treasury looks at night.  It is just wonderful and I recommend everyone to visit it.  Oh, and how about the Wadi Rum desert, where the rock formations look like melting Chocolate! 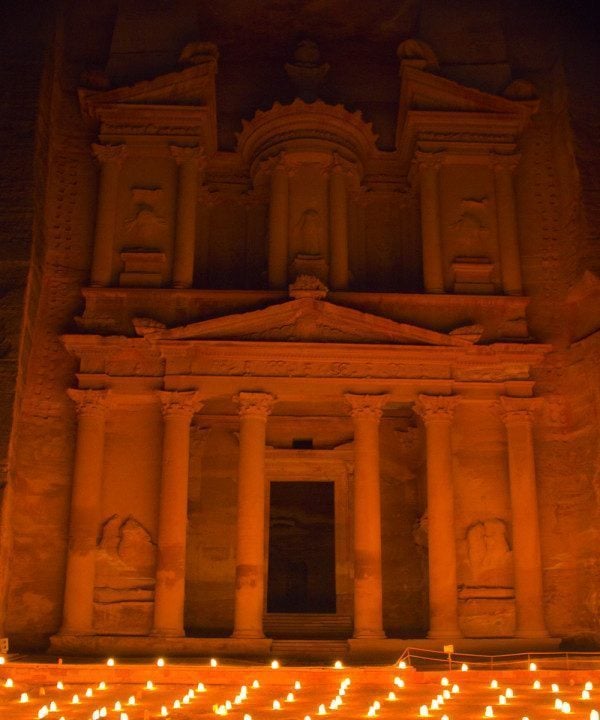 It’s obvious that as an architect (and archeologist wannabe), I always look forward to visiting ruins or archeological sites, as well as modern architecture.  As mentioned before, Petra is way high on my list, followed by Angkor Wat in Cambodia.  When I visited Angkor Wat in January of last year, I was blown away by the immense attention to details the Khmer had and how much of it has survived for hundreds of years.  All the intricate patterns, the elaborate designs, and the monumental architecture made me reinforce in myself why I love to be an architect and why traveling is such a great tool to experience architecture first hand, and not through books. 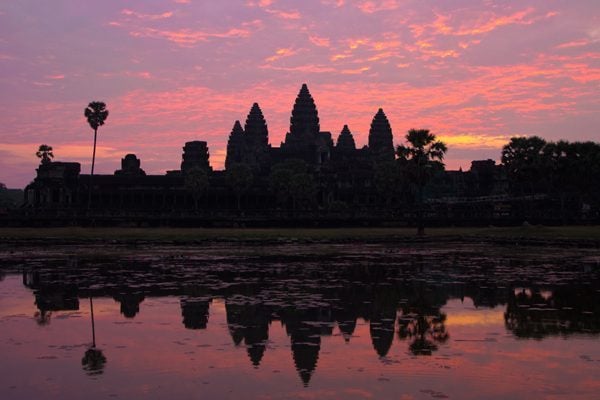 Back in the Middle East I jumped to Egypt, the first country that pushed my buttons, especially at the Pyramids of Giza, where I got my iPod stolen and I ended up yelling back at someone at the Sphynx.  That was not a cool day, but hey, shit happens.

Egypt gave me more architectural wonders to see like Abu Simbel, Luxor, and more.  From Egypt, I went low and dirty in Africa, probably my favorite leg of the whole trip, one of the most adventurous, and even one of the most humbling ones.

By mistake, I started my trip in Africa in the wrong country, but was saved by the help of a very nice Ugandan lady I met at the airport, that to this day I still call my friend.  She showed me that there are still good people in the world and that help can come in unexpected ways, as long as you’re open to accept them. 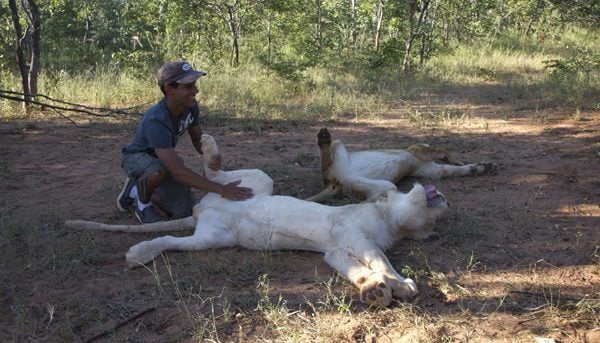 As it could be expected, I fell in love with wild animals while in Africa.  I adopted an orphaned elephant in Kenya, I walked with lions and cheetahs in Zambia, I cage dived with great white sharks in South Africa, and did a few safaris.

But, my greatest achievement in Africa was reaching the summit of Mount Kilimanjaro.  It was a challenge I was not sure I could achieve, and I admit there were moments by the end of the hike up where I almost felt like quitting.  But I had the goal to reach the summit, so I endured the pain and tiredness to achieve it.  To this day, it is one of the proudest moments of my life.  Not only was it physically challenging, but also mentally.  And once done, I felt so strong and secure in myself that I now believe that if I have a goal I really want to achieve, as long as I have perseverance and work hard for it, I will achieve it. (plus, I’m stubborn!) 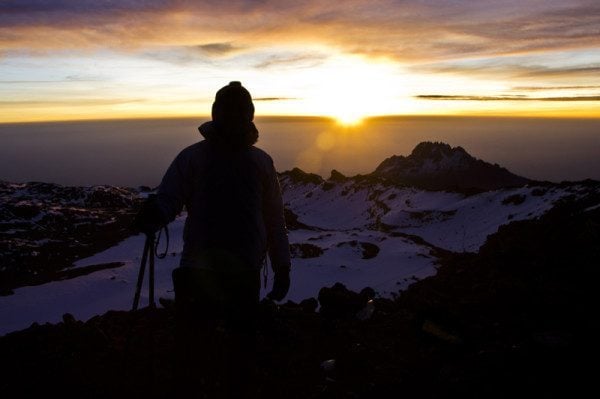 After Africa I jumped to Turkey, from where I would start the exhausting yet crazy fun trip around all Europe – all by train with the Eurail Pass!  Those were 3 months of non-stop travel, jumping from city to city every day or so, sleeping on trains, and doing everything on the go.  At this point I truly learned how well I can live with almost nothing and how easy life has been with just the basics – basically everything I can fit in my backpack.  When I left NYC to start this trip I felt so sad that I was selling my possessions that I worked so hard to get.  To this day, I haven’t missed or needed a single one of them.  Life is simpler this way.

Now, after Europe came another highlight and lowlight on the trip, all mixed into one.  I went to India.  I had been to third world countries in Africa and Central America, but nothing compares to India.  It is raw, dirty, in your face, and the biggest bitch you’ll ever meet.  I had moments of desperation, I was overwhelmed, I cried, I yelled, and I almost fought with an autorickshaw driver.  India, while raw and humbling in many ways, was not a place I wanted to tolerate for a long time.  The desperation in the air is so strong that it is contagious, intoxicating, and exhausting.  Also, seeing how extreme poverty makes people throw their morals to the back seat in order to survive made me lose faith in humanity, seriously.

On the other hand, though, I had an interesting, yet morbid birthday in Varanasi (watching dead bodies being burned) and one of the best road trips in the Himalayas – where I got to see nomads traveling through the mountains. 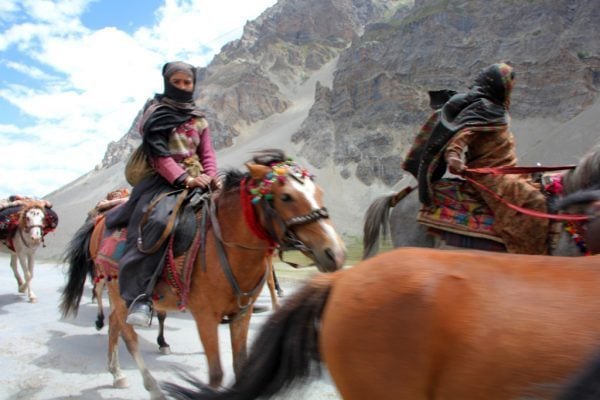 When I left the country I hated it deeply.  It made no sense to me and I could not bear with it.  Now, while I hate to admit it, I kind of want to give it a second chance, but not yet – I still want it to marinate in my subconscious.

From India to Puerto Rico (for a much needed breather) back to Italy and then to Cambodia and Thailand, where I celebrated the new year for the second time!

2012 was a year of great blessings and countless experimentations.  I lived my life like I never had done before.  I was out of my comfort zone the whole time but that is part of what made my travels so interesting to me.  I learned a lot about myself and about so many cultures through these experimentations called life experiences. 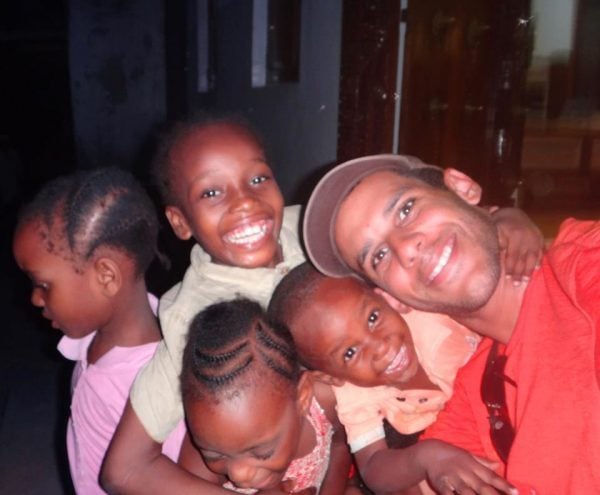 If there was one major benefit from this whole trip, it was not the fact that I got to see the world, but that I learned from the world.  Oh, and one more thing, life experiences are best enjoyed when you experience and share them with someone else.

How was your 2012?  Did you achieve what you wanted or learned from it?