The southern region of Belize known as Toledo is virtually undeveloped and still in its pristine natural state. Sprinklered throughout the untouched region are dozens, if not hundreds, of Maya archaeological sites.  Among the sites rediscovered to date, many are still unexcavated and largely unstudied.  But, even with those few sites that have been unearthed, we are able to learn significantly about the Maya history and ancient culture.

Here are five major archaeological sites that are worth visiting in southern Belize.  These are listed from the most accessible to the “off-the-beaten-path”. 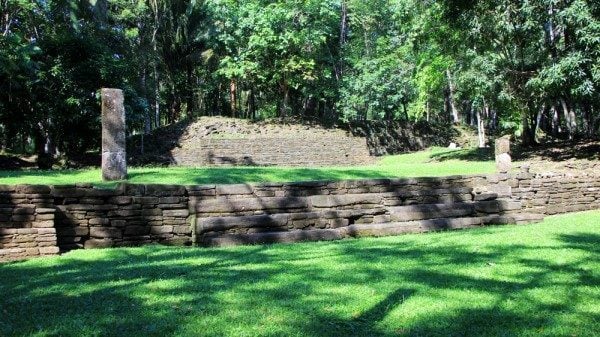 Discovered in 1970, Nim Li Punit is one of the smaller Maya sites in the Toledo District. This site is well known for its large number of stelas found in one of its plazas – twenty-six stelas, eight of them carved with hieroglyphs.

Nim Li Punit means “Big Hat” in Kek’chi Maya language, taken from the image of a big hat in one of the carved stelas – the second longest carved stelae in the Maya World.

Only the kings (four of them) lived in Nim Li Punit as the site was mostly a ceremonial place for bloodlettings and other types of rituals.  The site is divided into three groups: The West Group, possibly the entrance plazas in ancient time; the South Group, where the Plaza of the Royal Tombs (three tombs uncovered) and Plaza of the Stelae are located; and the East Group, which contains buildings that may have functioned as an astronomical observatory.

The site is easily accessible by the main highway, not far from Punta Gorda, and it has a small tourist facility with stelas and additional information. 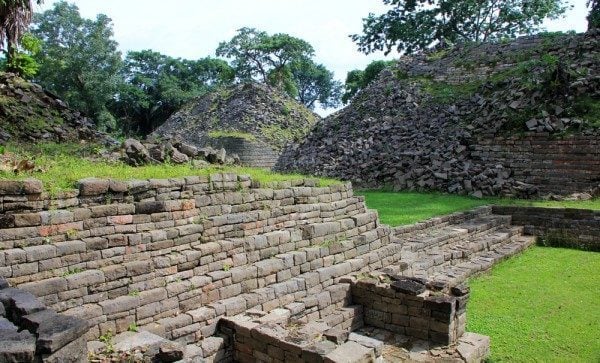 Lubaantun’s character and architecture are somewhat unusual to the rest of the archaeological sites in the area.  Lubaantun’s structures are mostly built of large stone blocks laid with no mortar, primarily black slate rather than the limestone typical of the region.  Other distinctions are found in the way the masonry was laid out in several structures (in-and-out masonry) and the rounded corners of the step-pyramids.

Lubaantun is also well known by the famous Crystal Skull, which was supposedly found there in 1924.

The city dates from the Maya Classic era – from AD 730 to AD 890.  It was mostly used as a market for product exchange – the only trade center in Southern Belize.

The ancient name of the site is currently unknown, but “Lubaantun” is a modern Maya name meaning “place of fallen stones”, based on the current state of many of its structures.  Aside from Nim Li Punit, this is the only other site with a tourist facility and with relatively easy access.

Although Lubaantun and Nim Li Punit have been subject to more intense archaeological investigation, there is little doubt that Pusilha was the largest and politically dominant city of the region throughout much of the Classic period. Pusilha was rediscovered in the late 1920s.  During the first investigations, archaeologists discovered more than 20 stelae, zoomorphic altars, and ceramics that suggested strong ties with Copan (in Honduras) and Quirigua (in Guatemala).

This is the only site in the Maya World where there is evidence of a bridge built to cross a river.  It’s possible to visit the site with group-guided tours. It is located about 2 ½ hours away from Punta Gorda by car, on unpaved dirt roads in really bad condition, especially during the rainy season. 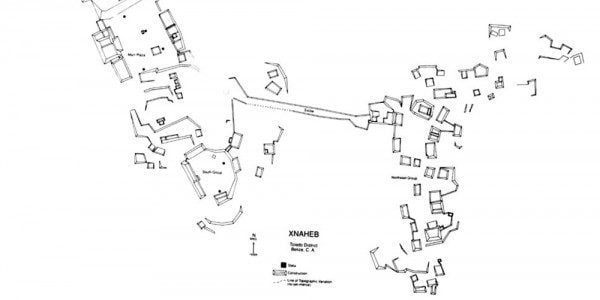 Xnaheb is a Late Classic period site that is divided into various groups due to its big size.  The center is built on a ridge of foothills that extends from the Maya Mountains.  Based on certain architectural similarities between the two sites, it is possible that Xnaheb was originally founded as an offshoot of Nim Li Punit.  Some archaeologists say that this was the residence of the last ruler of Nim Li Punit.  Many beautifully carved stelas were found here.

In order to go to Xnaheb, you need a local guide and someone from a nearby village (preferably Maya) who knows how to get there and the site’s history and information. 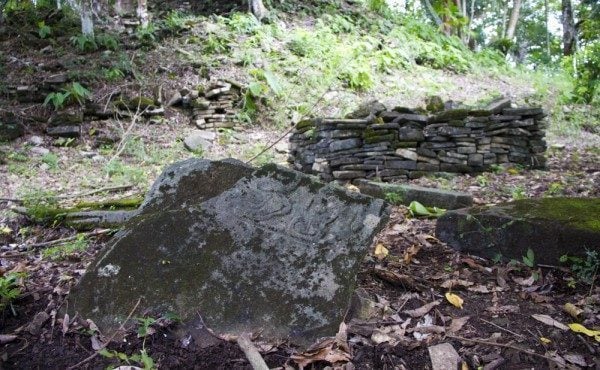 Uxbenka is the earliest known Maya polity in the Toledo District, with evidence of occupation dating to the Early Classic period (ca. 250–500 CE).  Uxbenka, a city built for the royal class, exhibits the Maya custom of sculpting and terracing natural hillsides to accommodate ceremonial centers.  The name Uxbenka means “Old Place”.

The site is divided into several groups with some of them containing stelas and royal tombs.

Today, this archaeological site is mostly unexcavated.  Recent expeditions found that this site is in fact much bigger than what archaeologists though originally, spreading over several mountains.

Visiting Uxbenka feels more like an expedition since it is needed to “machete-chop” your way in order to walk around the site.  Many structures are still fully buried – looking like mounds with trees.  From their top, there’s a spectacular 360-degree view of the Maya Mountains.

As with Xnaheb, you need a local guide and someone from a nearby village who knows the site’s information and history.