Lubaantun might seem like a pretty ordinary and common Maya ruins complex in southern Belize, but behind the physical ruins lies the mystery of the crystal skull – a human size skull made of clear quartz rock and claimed to have been made by the Mayas or to have come from aliens.  But is it a real crystal skull or is it a hoax?  But first, a bit of information on it’s supposed place of origin. 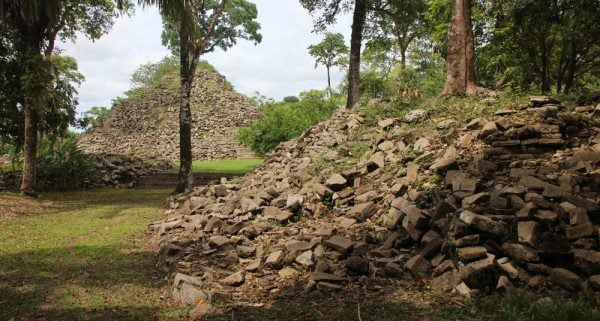 The city of Lubaantun (which means “place of fallen stones”) is dated to the Maya Classic era, flourishing from the AD 730s to the 890s, and completely abandoned soon after. Different from the other Maya cities of the era, the architecture of Lubaantun is somewhat unusual as the structures were mostly built of large stone blocks laid with no mortar.

Also, the stones were primarily black slate rather than the limestone typical of the region.  In addition, many step-pyramids have rounded corners, which is rare for the Maya civilization.  Today most, if not all buildings, have crumbled or lost most of their shape. 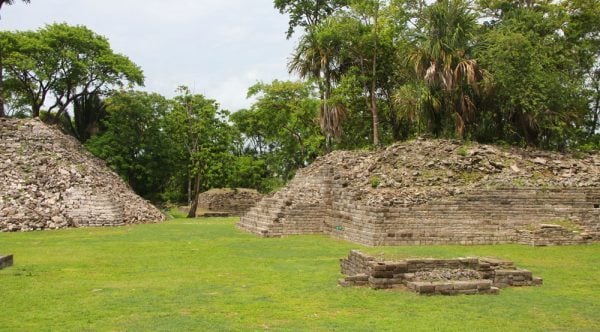 There’s a theory that these ruins were like an ancient market that wasn’t built with the intention to last long, hence the lack of mortar and lack of stone structures atop the pyramids.  Still, even if it was a market, the place was considered sacred and it had to be pleasing to the gods.

Are these small characteristic differences what made this place special or worthy of a crystal skull?  Who knows… we can only assume for now. 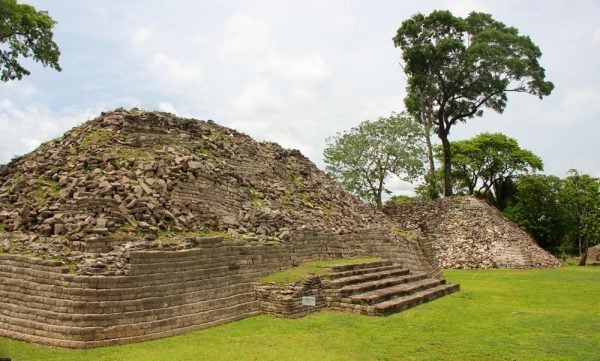 So, those few details about the place are somewhat interesting, but they pale in comparison to the infamous crystal skull.  The crystal skulls (yes, there’s more than one) are often claimed to have paranormal powers by some members of the New Age movement, and have often been portrayed as such in fiction books and movies like Indiana Jones and the Kingdom of the Crystal Skull (though they associated the crystal skull to the Incas of Peru… blame Hollywood on that!).

The Discovery, or The Hoax?

In 1924, Dr. Thomas Gann (who had already visited the ruins in 1903) led adventurer and fame whore F.A. Mitchell-Hedges to the site, who in his typically sensationalistic fashion published an article in the Illustrated London News claiming to have “discovered” the site.

The following year Mitchell-Hedges returned to Lubaantun as a reporter for the Illustrated London News, accompanied by his adoptive daughter, Anna Mitchell-Hedges.  Anna, who went to the ruins during her 17th birthday, would later claim that it was she who found the crystal skull partially buried inside a small shrine.  Nice birthday present, eh?!

First, there is no evidence that Anna was ever in Belize.  Second, if the skull actually had been excavated at Lubaantun, it would be hard to explain why none of the official reports mention it, why other expedition members deny that it was found there, and why fame whore Mitchell-Hedges did not publish even a single mention of the skull before the 1950s (over 25 years later).

In addition, there are no legends or writings of crystal skulls with mystical powers in genuine Mesoamerican or other Native American mythologies and spiritual accounts.  Though, it’s important to note that genuine crystal skulls have been found in Mexico, but those have no supernatural related powers and are way smaller than the Lubaantun skull.

But, here’s the deal breaker.  It is clear from investigations that the skull was not found at Lubaantun at all, but was actually purchased by Mitchell-Hedges at a Sotheby’s auction in 1943.  Busted!!!

There are many more details that point against this skull being authentic, yet still, many people believe in it to be real, to have a true connection with the Mayas or aliens, and to have paranormal activity.  Who knows… 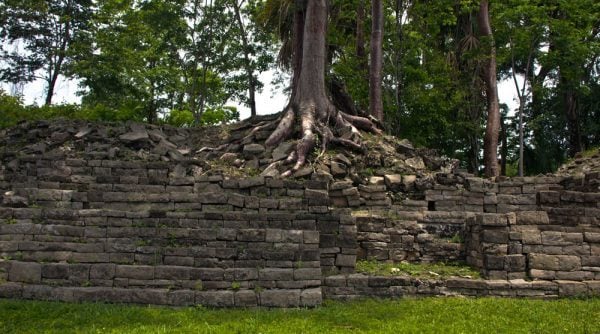 Despite the fact that the major point of interest of this somewhat neglected site is a total hoax (as I firmly believe), Lubaantun it’s still a good half-day trip to do while at the Toledo District in Belize.  The ruins are surrounded in nature and the place offers serene views of the ancient city.  Since it is not highly visited, it’s easy to experience the place on your own, relax, meditate, or just to enjoy it at your own pace.  One of the most distinguished features of Lubaantun is the small museum with a collection of miniature ceramic objects found on site.  Maybe those were some of the products sold there at some point in history.  They are very artistic and elaborate and speak more about the Maya culture than the ruins themselves.

So, what about you… do you believe in the Crystal Skull?