After having a radically adventurous 2013, I thought 2014 would be a much milder year of travel, especially since I planned on settling for a while in Thailand.

While it was milder than 2013, the year was nothing short of exciting and memorable. I managed to visit 15 countries (7 of them new), and in many of those countries I had wonderful (and maybe not so wonderful) experiences like:

1. Couchsurfing with a local in Brunei 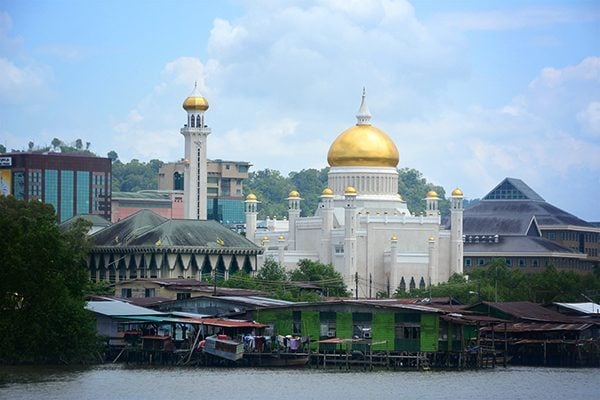 I’ve couchsurfed several times throughout my round the world trip, and while all of my experiences have been positive, they haven’t necessarily been a memorable part of my trip, except for this one occasion in Brunei.

It is really hard to find a host in Brunei, but luckily, I found one that was willing to host me. What surprised me the most was that my host was actually a transsexual woman!

Have in mind that Brunei is one of the most radical Islamic countries in the world, and currently it uses the Shariah Law to punish (and even kill) people for being LGBT.

What I learned and saw of Brunei through her was much more than I expected to. It was really eye-opening, and by far, staying with her was my best experience in Brunei. You can read more about the story in this post. 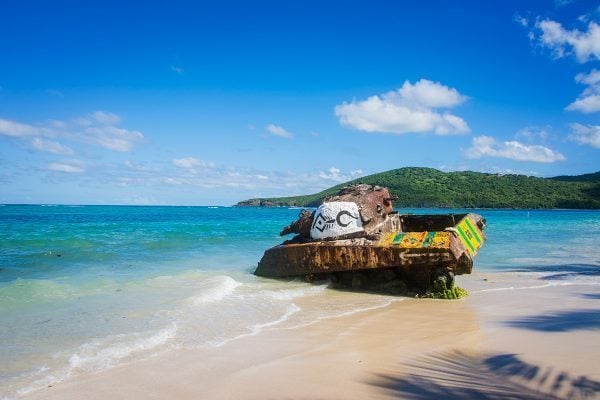 I grew up in Puerto Rico so this was not my first time in Flamenco Beach, but this was my first visit in over 10 years! The beach, which was recently named several times as one of the “top beaches in the world,” still looks the same it did a decade or two ago.

I loved to ride the waves as I used to as a kid, and play around the WWII tanks laying right on the shore.

3. Hunting for Lord of the Rings Locations in New Zealand 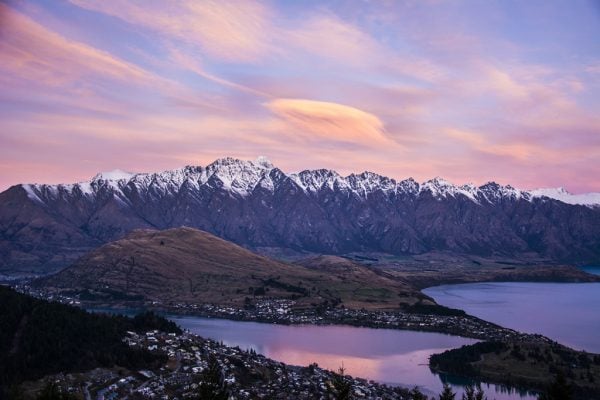 New Zealand is a GORGEOUS country and it immediately rose up to the top as one of my favorite countries. No matter where you go, you see beautiful landscapes – from snow-capped mountains to glaciers, to green valleys, and even volcanoes and colorful thermal valleys.

What was best for me was the hunting of several Lord of the Rings and The Hobbit locations all throughout the country, and seeing how they look almost as exact as they are depicted in the movies. Really, those landscapes are truly jaw-dropping!

4. Diving in The Maldives 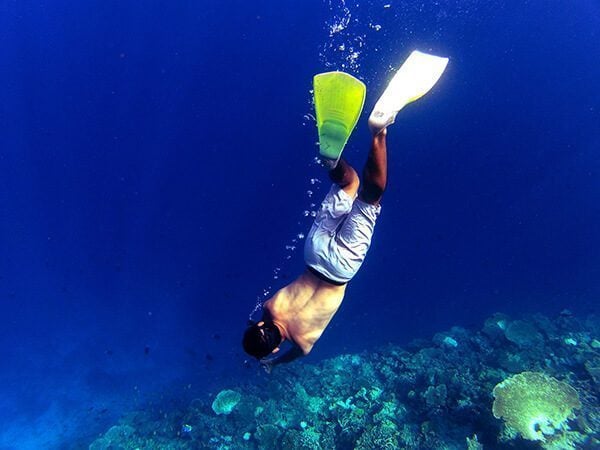 I mean, there’s not much for me to say here except that these were the clearest waters I have ever dived in, and the marine life was stunning!! By the way, I proved to myself that The Maldives can be traveled with a moderate budget, and I tell you here how you can do it too.

5. Seeing Koalas and Kangaroos in Australia 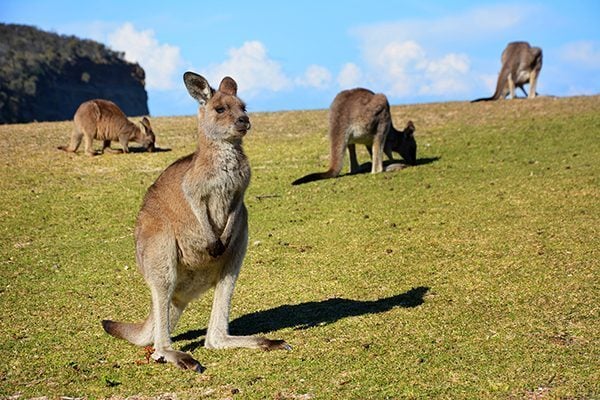 These fluffy looking animals were too much to handle. Seriously! On my drive from Melbourne to Sydney, along the coast; I happened to find several koalas roaming freely on Raymond Island, and several kangaroos hopping around on the beaches in New South Wales. These ones I found on Pebbly Beach. 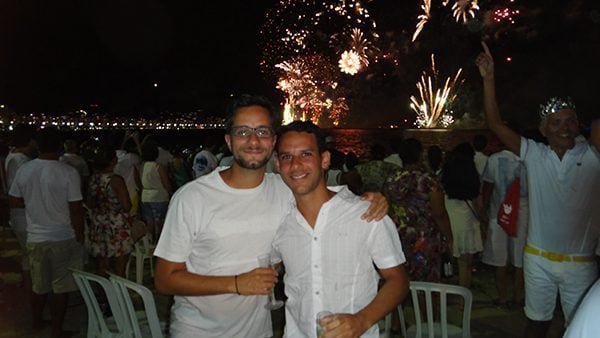 Spending New Year’s with friends and people you love can’t be beaten! And of course, seeing one of the best New Year’s firework displays from Copacabana Beach can be considered as a moment to remember. That firework show is 16 minutes of intense explosions!

As per tradition, we dressed all in while, jumped 7 waves for good luck, threw flowers to the sea with a prayer, and ate lentils for money. 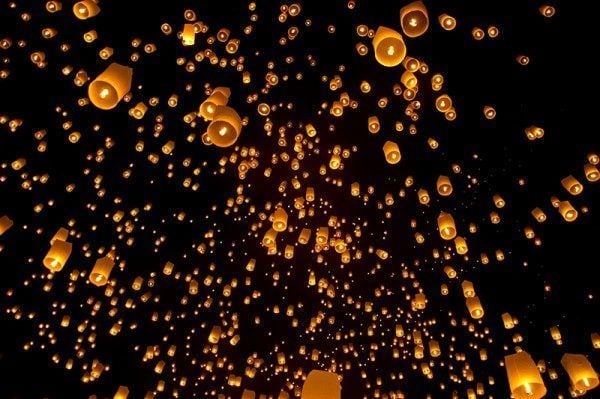 This is probably my most magical moment of the year. Yi Peng is a religious ceremony held in Chiang Mai, where everyone throws a lit paper lantern into the sky as a symbol of releasing their worries and problems.

It is a beautiful ceremony, overall, but the magic happens once you see thousands of lanterns floating in the sky in unison, creating this dynamic constellation that slowly disappears in the sky. You can see more pictures of the ceremony in this post. Or, you can see this video I made too.

Another celebration in Chiang Mai, but this time it is the Thai New Year! And how do they celebrate it? By creating the biggest water fight in the world! You simply have to watch the video below to see what I’m talking about. Also, you can read more about the celebration in this post.

9. Getting a Root Canal in Thailand 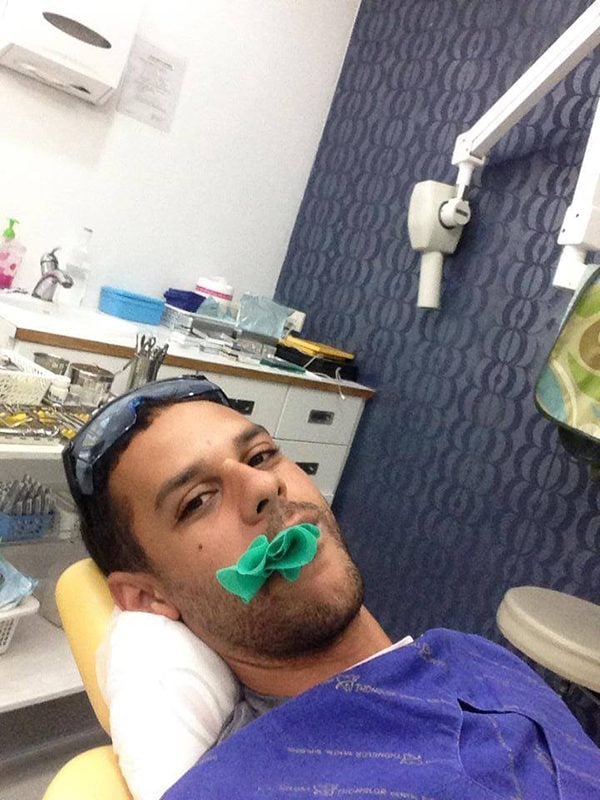 Thankfully, unlike last year, I didn’t have a lot of down moments this year. (knocks on wood) But, I did require an emergency root canal in Thailand.

It was not pretty, but thankfully the dentist who attended me was really gentle, even to the point of saying “solyyyyyyy” (as in sorry) every time she knew whatever she was doing would hurt me a bit.

FYI, I was glad that this happened while I was in Thailand and not another Southeast Asian country. Thailand does have an excellent medical system. 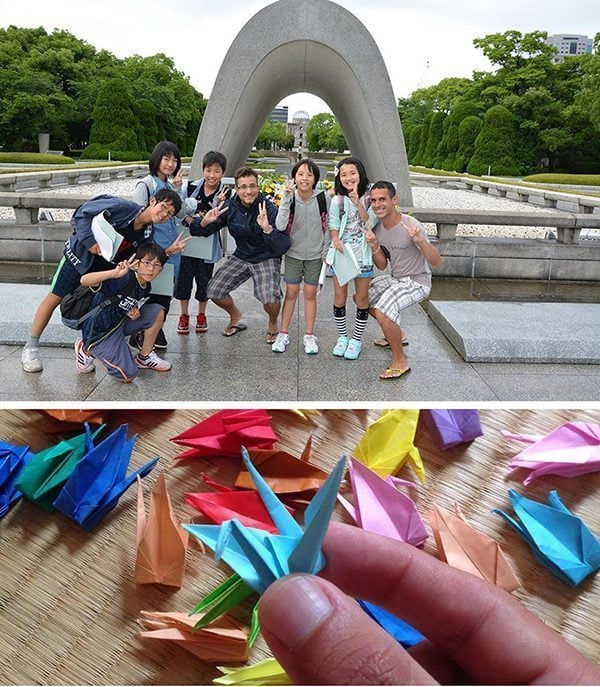 Japan, in general, was also a highlight of my year, but Hiroshima, in particular, made a moving impression in me. One thing is reading about Hiroshima and seeing documentaries, but another thing is seeing it in person.

Visiting the Hiroshima Memorial and Museum felt quite somber, with the telling of the events as they unfolded and the display of artifacts that survived the blast, including human remains.

But, among all that dark history, I found a particularly happy moment when local kids were interviewing foreigners, just to practice their English, and after the short conversation, they gave the person an origami paper crane – which is the children’s symbol of peace in Hiroshima. I probably got 30 paper cranes. I couldn’t refuse to talk to all these happy kids! 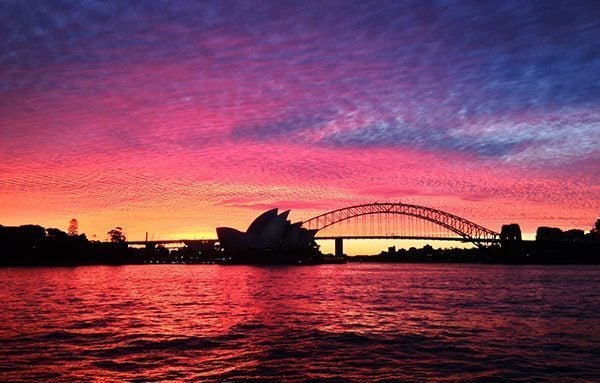 There’s no need to explain this one. The image will do the job. 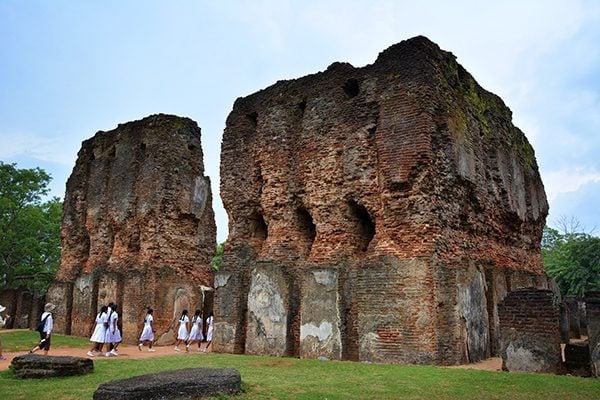 One of my reasons for traveling long term is to see architectural and historical sites you don’t normally learn in architecture school. Sri Lanka proved to be a golden nugget on this quest with sites like Dambulla Caves, Polonnaruwa, and Sigiriya. I promise I’ll write about these places soon! 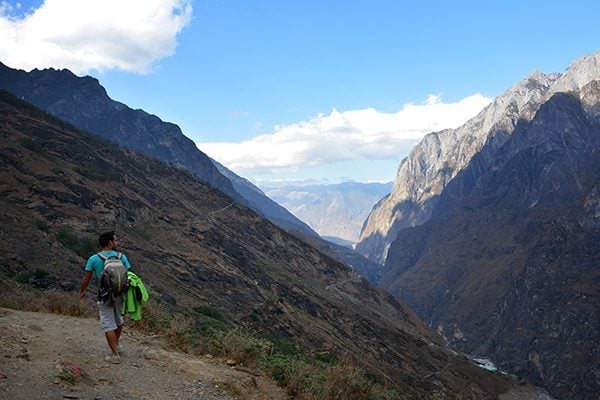 From what I understand, this is the highest, longest, and widest gorge in the world. And what I forgot to mention there is that it is also gorgeous!   Tiger Leaping Gorge, I present to you Tiger Leaping Gorgeous! It was two days of intense hiking, but the hard work is paid off with views like the one you can see below.

Bali had its share of hiking, especially the hike to the top of Mount Batur to see the sunrise and the hike to Ijen Volcano to see the blue fire coming out of the volcano’s crater.

Ijen Volcano is actually in East Java, but you can visit it easily from Bali. And if blue fire and beautiful sunrises were not enough, there were also monkeys on these volcanoes! As you might know, they are my favorite animals!