A few months ago I went hiking on the Monk’s Trail to Wat Pha Lat in Chiang Mai. My arrival at the Buddhist temple was accompanied by a sense of wonder and amazement. The scenery in which the temple is located was unexpected to me.

An inaccessible staircase stopping abruptly in front of a waterfall was my visual welcome to the temple’s surroundings. My physical welcome, though, would have to wait a bit.

I sat down on the dry surface where the waterfall tends to flow during the rainy season and from there I watched quietly the monks making their way through the trail to pray at the shrine or to continue to Wat Phra That Doi Suthep. I could see the city of Chiang Mai in the distance, as a contrasting busy background to this tranquil space. 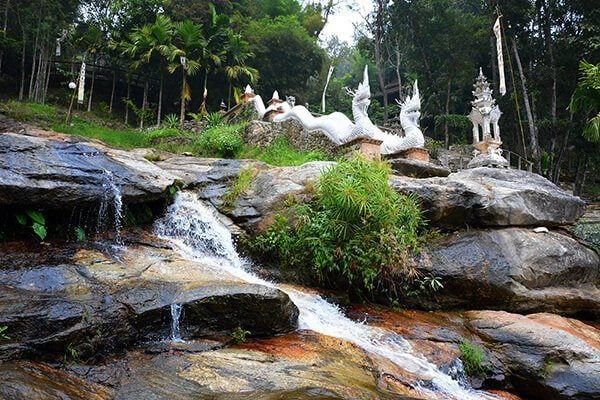 It was a happy and serene moment. The peace and quiet I felt there made me realize how lucky I am to experience places like this. All those hard working years and all that saving led me to that moment, yet I knew, that was not the climax of my trip. There’s more to come.

It’s been now three years since I quit my job to travel the world, yet I’ve never shared here why I quit. It would be nice to say I left on a quest to find myself or that I had a life-changing moment that spurred me out of my quotidian life and into the world, but that’s certainly not true.

But one thing is saying “I want to do this” and another thing is actually doing it.

Throughout this longer than expected trip, dozens of other travelers have asked me how I managed to make this decision. Was it easy for me to quit and travel? Am I running away from something or from “real life” responsibilities? Why did I want to travel like this and leave it all behind? How do I see this as a life? Where is home and when do I plan to go back?

They want to understand the why behind my decision to travel indefinitely instead of satiating my thirst for travel with the customary 2-week vacation most people in the US workforce have.

Truth is, after years of working in an architecture firm in New York, I realized that those 2 weeks a year were not nearly enough. I liked the firm where I worked. I liked the projects, their vision, and design, and I believe I was a good employee. Still, every time I had the chance, I escaped the cubicle to travel anywhere for the weekend or during my normal vacation time.

I slowly noticed how through the years my attention during work hours spanned more towards browsing the internet to search for anything travel related than to do anything architecture related.

At work, at any given break I would close AutoCAD or Photoshop to plan an imaginary trip – which made it even more exciting when the actual plan materialized into an escapade every now and then. I was truly a semi arm-chair traveler. However, I didn’t want that status for too long.

Discontent is the first necessity of progress.

The Beginning Of An Idea

While my round the world travel desires grew exponentially when I was working, the travel seed was planted in me several years ago. I come from a family that loves traveling, and even though they haven’t traveled in this style, we always used to travel as a family to anywhere we could, at least once a year.

I first learned about the fact that people could travel around the world for long periods when I was in high school. Back then, my 17-year-old self dreamed of visiting several countries while circumnavigating the world.

It was just a dream back, then but I remember spending long nights planning the perfect round the world trip that would take me to Australia, Japan, China, Morocco, Europe, and a bunch of places.

While in college I visited Europe for the first time, and there, while visiting Sagrada Familia, I got inspired yet again to travel more to see more wonders around the world.

But, I had absolutely no money and was focused on getting my college degree, so that dream was carefully shelved so it could lay dormant and slowly marinate in the back of my head. I never let it die because I knew that at some point in my life I would do it. I just didn’t know how soon it would be.

Another “push” to travel came from my college years, where I learned a lot about architecture, but it was mostly centered in the history of European architecture and the early civilizations like Ancient Greece, the Ottoman Empire, the Roman Empire, and such.

What about the architectural history of the Mayas? The African tribes? The Southeast Asian civilizations?  While my education was good, it was still limited by a narrow funnel that only looked at the greatness of the civilizations that served as the precursors of our modern life.

But, they should not be the only ones to be studied.  I wanted to learn and see more about world architecture, so I knew I had to do it on my own.

Fast forward to my last year working in New York and you’ll see that not much happened with that round the world trip idea I had about 11 years prior. But, this last year in New York was quite influential in my “sudden” departure.

I tried changing my life the traditional way by looking for another job, moving with roommates, and going out more often. This was 2010 when jobs were scarce, so I didn’t have an option but to stay at my current job, which luckily was stable.

Still, the travel bug kept pushing harder and harder until it made me shift focus. My wanderlust was no longer a want, but it had already morphed into a need. I would use travel to change my current life in New York!

Sounds easy! Well, it wasn’t. I started by creating this blog, but beyond that, I had to discipline myself to save more money than ever, I had to figure everything about living on the road, and I had to trust that I could do it. The latter was the hardest of them all.

I gave myself all sorts of excuses to stay in my already uncomfortable comfort zone. It was the easiest thing to do. I knew what was in it, and I knew I could handle it, even though I didn’t like it. (I go into more detail in the next post)

The Decision To Quit It All

Then the decisive day came. At work, during those recurrent mental travel lapses, I searched Twitter and found a very cheap flight to Nairobi. I debated for hours whether to buy the flight or not until a sudden impulse made me do it.

Buying that flight was the most thrilling thing ever. The adrenaline ran through my body and all kinds of feelings overpowered me; fear, joy, nervousness, excitement, you name it.

Even though my departure was still 9 months away (which actually turned out to be sooner than expected when I quit just 4 months after), that flight made me commit from that point on to become a nomad and leave my life behind.

I want to be remembered as a person who wasn’t afraid to start things.

I left New York to fulfill the dream of seeing the world through my own eyes. I wanted to be happy and live life on my own terms. 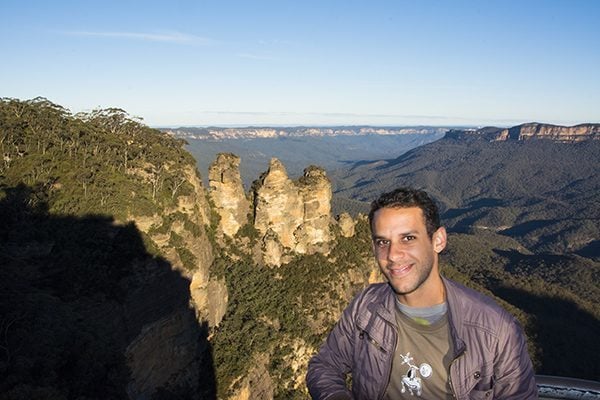 So, here I am in Chiang Mai, three years after I left. I consider myself a happier, healthier, wiser, and more relaxed person than I was before. I have thousands of stories and experiences that have made me laugh, cry, fear for my life, and grow as a person – all of them set in some of the most fascinating places on earth.

My long anticipated one-year around the world morphed into this dynamic monster that has endless desires to see more of the world. The more I travel, the more I want to see and learn. I want to devour it all.

I’ve been very blessed to be able to embark on a journey of this magnitude. I don’t take this for granted and I still work hard to keep this dream a reality. Yes, to me, traveling is still a dream I want to continue pursuing.