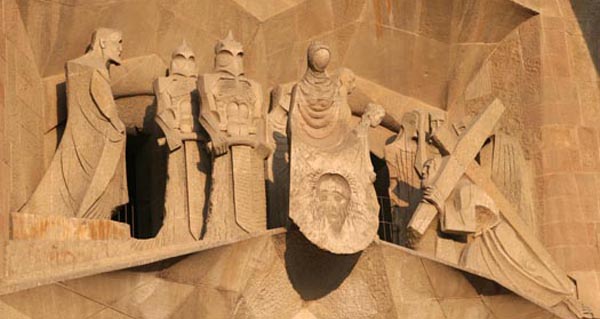 I remember the first time I traveled to Europe; it was New Years Eve 2002.  I was a sophomore student in college and was headed to Spain to see first hand the architecture I read so much about in the architecture magazines and textbooks.  Going to Europe was such an abstract thing for me.  Up to that point I only saw it as the “old world”, the other side of the globe, so random and blurred to me. 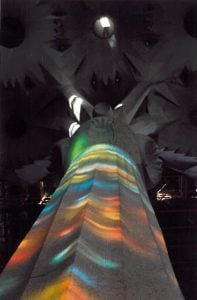 While in Spain, I got exposed to this strange atmosphere that with all honesty, it quite intrigued me.  Out of all the places I visited in Spain, one made a huge impression on me –La Sagrada Familia in Barcelona.  Maybe it was its “work in progress” character, or its grandiose status, or how the light created a ghostly but beautiful space; but this church was… well… unfinished sacredness.

I’m not a fan of Antoni Gaudi –Sagrada Familia’s architect– nor I design anything close to his Gothic/Art Nouveau style, but Sagrada Familia gave me some “illumination” (and it was not the preaching).  For me, this was the first “recognizable” building of a famous architect I had ever seen and experienced in person.  Also, seeing this building as an unfinished “masterpiece” gave me the chance to see the complex and labor intensive process of creation; how something goes from idea to reality, how a space can change its character as it gets built.  Sometimes this is more interesting than the finished piece.

How is it that a building that started construction in 1882 is still unfinished?  Money, politics, controversy, bad timing, you name it… And still, it is not expected to be finished until 2030.  Good luck with that deadline… 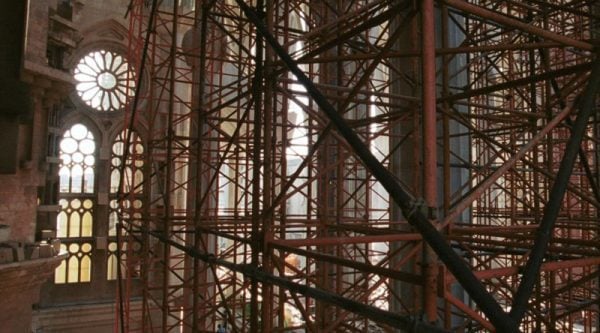 I was marveled by the “scene” created by this building.  By how the space changes day by day, piece by piece.  By how thousand of people visit it to literally see a construction site that is not so different from the hundreds of thousands of constructions sites around the world.  But of course, the historical baggage, the tragic death of its architect (killed by a tram more than 80 years ago), and the huge controversy heightens the public’s interest.  Who said we don’t like drama? 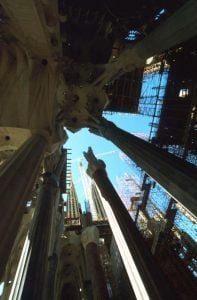 I learned so much by just looking at this “work in progress”, not because it teaches any important life lesson, but because it opened my eyes to something new, something strange to me.

Believe it or not, in part, this building inspired me to travel.

For some reason – call it divine intervention or just mundane desire – at that point I realized there is SO much more to see throughout the world that I’m missing.

Sagrada Familia made me want to see more of what’s out there on the world; buildings, cities, natural features, cultures, wildlife, etc.  I want to “build” something out of them, some significance, some knowledge, something I can marvel at.

This desire of exploring the world and building something out of my wanderings reminds me of St. Augustine quote:

“The world is a book and those who travel read only one page.” 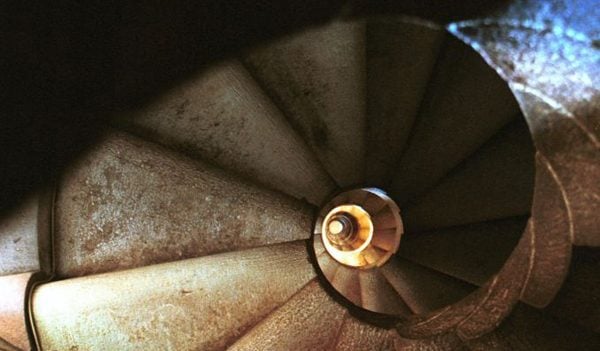 Sagrada Familia was my second page on the book.

Since then I’ve read many more pages; which have helped me learn, grow, and understand many different things that otherwise would still be blurred for me.

As Mark Twain put it:

“Travel is fatal to prejudice, bigotry, and narrow-mindedness, and many of our people need it sorely on these accounts.  Broad, wholesome, charitable views of men and things cannot be acquired by vegetating in one little corner of the earth all one’s lifetime.”

In my opinion, I will never finish this book.  The more pages I read the more pages I see I still want to cover.  It will be somewhat unfinished, a work in progress… like Sagrada Familia.

I haven’t been back to Sagrada Familia since then, but when I do, I’ll definitely see some changes.  I wonder which one would have changed the most, the building or me?