One of the most common reactions I got from my previous post about the total cost of my three years of travel was, “wow, that’s really cheap.”

Throughout my years of travel, I’ve come to learn that the cost of a destination should not simply be defined as “X country costs $X a day.”

Well, that “$X” number might be in the ballpark of what you might end up spending in the end, but the problem is that most people end up spending more than what they budget because they don’t take their time to understand their destination and how costs are structured there. 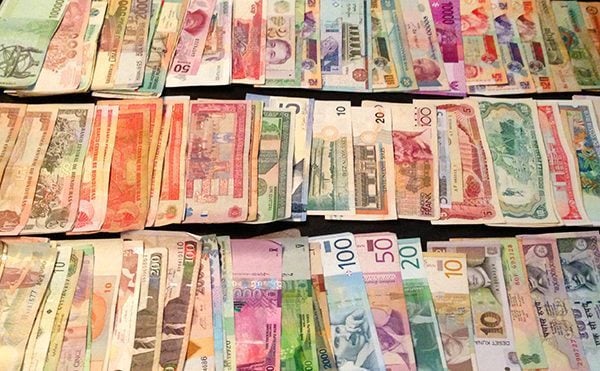 When I did my cost break down in my previous post, I preferred to not give daily averages per country since many of them ranged outside of the norm from what a typical backpacker would spend.

But, even when my daily average was abnormal for some countries, the “cost structure” still followed through according to how the destination prices things.

Also, along my trip, I’ve traveled with several other people who also like to travel on a budget and plan similar trips to mine, yet sometimes they do it much cheaper or much more expensive than mine.

It’s pretty much the same trip, but they have a different approach to how they spend their money in certain places. They either like to pamper or rough it a bit more than I do or look for alternatives that fit best what they are looking for out of the destination.

Still, whether they were more expensive or cheaper than me, their spending followed the same “cost structure” as mine.

What is Cost Structure?

Ok, I’ll explain what Cost Structure is (at least for me).

This is a scale that marks the range of money (from cheap to expensive) a traveler is expected to spend on any destination’s major tourism components, including but not limited to accommodation, sightseeing, food, transportation, and such; and how each component relates to the others cost-wise.

This helps you understand how to properly fit a destination into your budget by knowing exactly how your money is distributed in each place you visit.

Different destinations approach all living and travel-related costs in different ways, which means that each destination deserves its own careful analysis based on your style of travel and interests.

Websites like Budget Your Trip, which I always recommend to see daily cost averages on any given country as a budget, mid-range, or luxury traveler; are only good enough to have a broad idea of general costs, and often fall short from the actual daily average you’ll end up spending.

But, I believe you can approach budgeting in a different way since only knowing a daily average doesn’t mean that you know exactly how you’ll be spending and distributing your money there.

How to understand the cost structure of a country?

I think it’ll be best for me to explain it by showing some samples with actual countries.  But before I go forward, I have to warn you that in order to understand the cost structure of a place, you need to do your proper research on that destination.

I approach cost structure by taking a look at the four major spending aspects of travel: Accommodation, Food, Transportation, and Sightseeing/Entertainment.

Also, while cost structures don’t dictate a specific amount, I’m using as a base a daily average spending between $50 and $60 to consider something to be cheap, moderate, or expensive. (This is a common daily average spending in most of the world for budget backpackers and mid-range travelers. My RTW average is $55 a day.)

We all know that Norway, Maldives, Australia, New Zealand, Singapore, and Japan are all expensive countries. “Geez, you need a high budget for all of them!” that’s what most people say.

But, if you approach your budgeting by considering the cost structure, you’ll see that money is not spent the same way in all of them, so once you understand this, you could save money by making some smart decisions on how you should travel the country to fit into your budget.

Let’s begin with Norway. Uff, one of the most expensive countries out there. How does it fare in the four categories?

Ok, Norway is quite expensive, no doubt about that, and honestly, Norway is not a country that gives a lot of wiggle room to go cheaper unless you go very local by couchsurfing, buying groceries, traveling slow, and focusing your sightseeing in culture (which is free in some cases).

Here, quite honestly, you have to be prepared to spend a decent amount of money.

But, let’s jump to the Maldives, which is as famous for its overwater bungalows as it is for its “too damn expensive” costs. Well, you might be a bit surprised by this.

The Maldives, once reserved for luxury tourists, has now expanded extensively into the budget travel industry by offering cheap accommodation options. But beyond that, the Maldives has always offered incredibly cheap transportation and food options in its populated islands.

Let me show you a few more expensive destinations…

Now, how is it that Australia, New Zealand, and the Euro Zone –being expensive countries and region– can be cheap in the entertainment category?

Well, you can find all sorts of prices in the entertainment category, from expensive tours to free sightseeing, but sightseeing these destinations and getting their true essence doesn’t cost much since most of their sights are either free or relatively cheap.

In addition, these countries also provide you the ease of eating a good meal for a very low price, which is something Australia and New Zealand don’t provide (unless you go to McDonald’s and other fast-food chains).

Transportation in Japan, while not the cheapest, is well organized, well connected, and moderately priced for what you get. Accommodation in these places, on the other hand, is a budget killer!

So, in most of these countries I presented above, which are considered “expensive,” you could end up spending roughly the same amount of dollars per day, yet should you allocate your money smartly to match your interest and how the destination structures its costs, you could make a destination much cheaper than usual.

You also have regions like Central Asia and some parts of Northern Africa and West Africa that are well known for not being necessarily cheap, but they are not budget breakers either, but what these regions have in common is that if you plan on moving a lot, you might need to increase your budget.

Places of interest in these regions are either far, remote, or don’t have enough tourism to make them cheap, so there are chances you might be renting your own private transportation.

Now, let’s compare other countries and regions that have a reputation for being moderately priced or cheap.

Oh, China… people say it is a cheap country, but the truth is that if you’re going to sightsee a lot, prepare your budget for it.

Unlike most countries, China charges you for every single sight they have, and they are not cheap about it. They even charge to hike in nature… hiking!!

Regarding East Africa, the cost of food, accommodation, and transportation can be done cheaply (if you want to do it on a small budget), but just like in China, sightseeing and tours are incredibly expensive since places of interest are either remote, had to get, or there’s not enough demand to offer them at lower prices.

Southeast Asia still lives to its fame of being a cheap region, and so do Egypt and India. Most things can be done for cheap, but when it comes to entertainment, you might need to spend some money (not necessarily a lot) to get the most of the destination.

This list can go on and on, but I believe you get the point that destinations have a characteristic approach to pricing in each category and that once you understand their pricing, you will then know how to fit any country into your budget.

Planning a trip based on Cost Structures

Once you know where you’ll go, you need to think of all or most of your actions there; like, taking the bus on a daily basis, the train from the airport, the average hostel/hotel cost under your travel style, the average meal costs, the sights you’d like to see, etc.

Research them and find their costs if they are listed online so you understand how your money is spent.

Once you do your research, you’ll see several countries will have a similar cost structure. These countries can be “bundled” together to create an overall picture (or map) that will help you see how “travel” money is spent in different places around the world.

Now a day, also, the “sharing economy” helps bring down certain costs, especially on accommodation. Sites like Airbnb allow you to book a room, apartment, or villa for a fraction of what a hotel with similar facilities and amenities would cost.

This we can use to our advantage to extend our money’s reach.

Similar to Airbnb there’s Uber and Lyft in the transportation industry and several tour companies that hire locals to run their own private tours at a fraction of what a tour company would charge (these vary per country).

Should you be planning on doing a round the world or long-term trip, this could help you choose destinations in which you’ll be comfortable with your budget, or discover new destinations you didn’t even think you’d be able to afford, like the Maldives, for example. 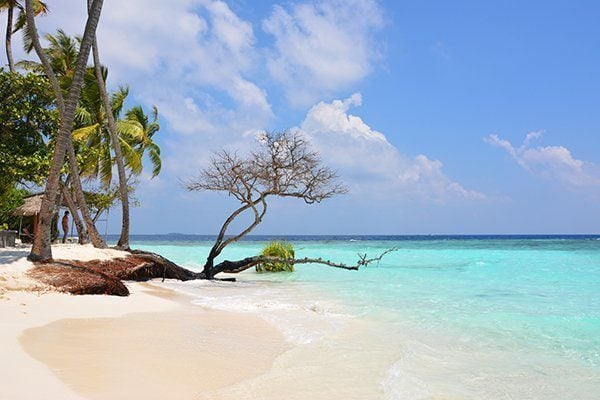 If you have a budget of only $50 a day, for example, you can still travel to China, but you might need to cut on the sightseeing; or you could go to Japan and find slower and cheaper ways to move around; or go to Australia and focus on the free sightseeing that can be found all around the country and try to couchsurf to reduce your spending.

When people ask me how can I travel for so long and afford my trips, this is what I do. I try my best to fit the destination into my budget, and not my budget into the destination.

This requires some sacrifices every now and then and missing some interesting sights, but if it is not a priority or a must, then it is not worth overspending on it.

What do you think, have you thought about the cost structure of the places you visit when planning your trips?