I haven’t done a lot of festivals during my trip, but I surely don’t need to have experienced many of them to know how amazing and over the top Songkran is.

The Songkran festival is celebrated in Thailand as the traditional New Year’s Day, going from the 13 to the 15 of April. The simplest way I can describe this festival is as the biggest water fight in the world. Seriously, it is THAT big. 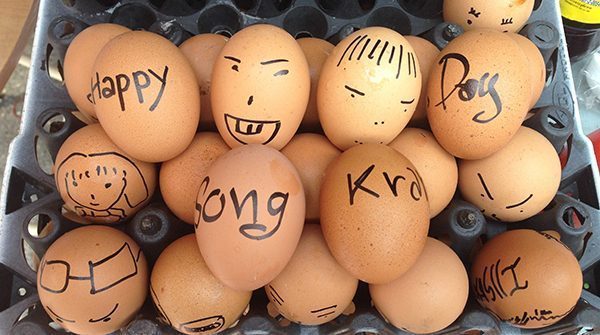 Songkran: How did it start?

Songkran was not always the water-crazed festival we know today. It started as the observance of the Thai New Year in April, which is a custom adopted from India’s ancient Brahmins who considered the passing of the moon, sun, and other planets into the zodiac sign of Aries as the start of a new astrological year. In fact, the word Songkran means “astrological passage”.

This annual rite involved paying respect to one’s ancestors and elders. From there, Songkran grew into a festivity where, by the 13th century, servants paid homage to the king and government by drinking an “oath of allegiance”.

During the later Ayutthaya period, celebrations included the bathing of Buddha images for good luck, as well as the building of small sand pagodas at local temples. It was at this time that small festivals began to surface in the country. And, they grew out of proportion to become what we know today. 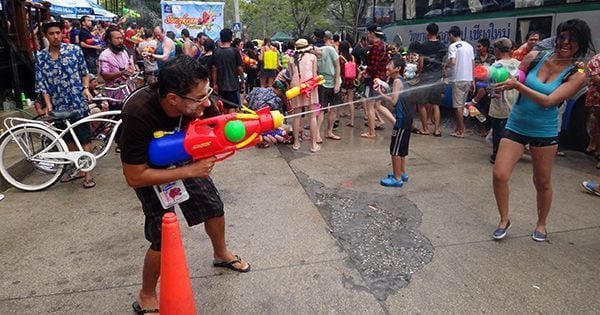 In Chiang Mai, at least, people still bathe images of Buddha, whether with a small cup, bucket, or super soaker gun, but they do keep a bit of this traditional sense.

Participating in Songkran in Chiang Mai

As I played with my water gun all around the city, I noticed how on the 13th of April, many locals carried a Buddha image around the eastern gate of the city, Tha Phae Gate, to be presented to the public and soaked by everyone – water guns included.

This year, I participated in Songkran for the first time, and I wish I had done is much sooner. It’s been one of the happiest moments of my life – and it is so hard not to be that happy.

Everyone, and I mean EVERYONE, is genuinely happy to be celebrating this holiday. There is an incredible sense of camaraderie that you don’t see anywhere else, not even in Disney World, which calls itself the “happiest place on Earth”. Well, I have to say that Thailand is the happiest place on Earth during Songkran.

People become really generous and they will share with you what they have, whether it is just water for your gun or bucket, or some food, or anything.

I was impressed when one of the multi-millionaire couples from Chiang Mai rode along the moat with their Porsche to give 1000 Baht notes to random people on the street. They gave A LOT of money that day. I, on the other hand, was only able to give a 200 Baht water gun to a little kid; but he loved it!!

You might think three days of water fighting is too much, but it isn’t really. You enjoy every single minute of it. Beyond the water fight, every day has a specific meaning.

In the morning of April 13th, fireworks are lit and thrown. There is the belief that evil from the past year will be chased away by their noise. In the evening, a significant Buddha statue is paraded around the city for people to bathe it. 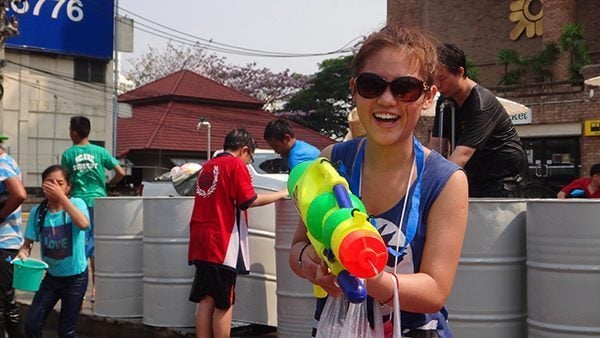 On April 14th, or ‘Nao’ Day, it is believed that anyone who uses impolite words and manners will have bad luck for the whole year. Maybe that’s why everyone is so friendly? Well, whether it is because of that or not, Thais are usually very friendly, so no hard work there.

On the 15th of April, ‘Phya Day’ or ‘beginning of the new era’, locals usually start their morning early and go to a temple to make a merit and listen to monks’ sermons. Later in the day, they go to their parents and elder relatives to pour water on their hands and ask for a blessing.

There are more blessing activities locals do in the following two days, but this is the core of their ritual.

But, back to the water fight… If you’re looking forward to experiencing Songkran for the first time, I seriously recommend doing it in Chiang Mai.

The city does have the water fight craziness that Bangkok has, yet it does keep some sort of traditional aura that makes it very unique. People get on their pickup trucks, cars and motorbikes and circle the moat, wetting everyone on their path – and getting equally attacked.

Like in most cities, locals use chalk and place it all over your face –an act originally done by monks to mark blessings– but also you have the ancient moat that creates a ring of water (and gives a lot of ammunition).

There are several temples in the city, so you can easily walk in any of them to see what’s happening, in a very respectful manner (and without throwing water in the temple), or simply to sit and chat with a monk.

12 tips to have a respectful and amazing Songkran

1. Expect to get wet anywhere you go. There’s no way of escaping it. I mean it.

2. Carry your personal belongings in a sealed plastic bag (especially cameras and phones).

3. Remember to use sunblock.

4. If you want to be an obvious target (beyond being a “farang”, as they call foreigners), wear a Hawaiian looking shirt, as that is the “Songkran playing shirt for foreigners”.

5. Respect the alcohol-free zones around the moat and main party areas. 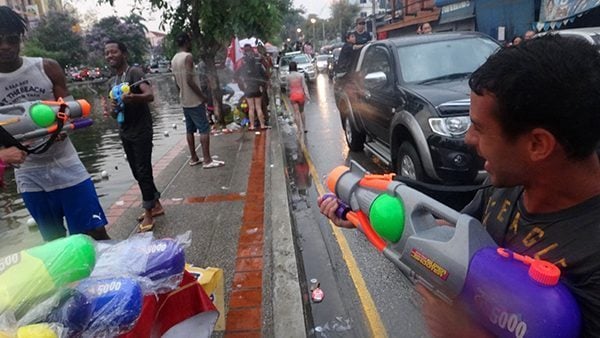 6. Don’t get annoyed if anyone throws water at you. Remember, you are here for the festival and this is how it is celebrated.

7. Always be respectful and polite.

8. Do not squirt people in the face with powerful water guns.

9. Do not touch Thais’ heads, as this is a cultural no-no.

11. Do not throw water after sunset. People respect this rule on the street, but if you go to a nightclub or bar, expect to get wet.

12. Lastly, do book your hotel in advance as these dates are very popular among tourists and locals. I recommend checking TripAdvisor to see the best-reviewed hotels in Chiang Mai and their latest deals so you can get the best accommodation for your money. I’ve personally stayed at the Nap Box Hostel and The An-Teak Hotel and both were excellent.

Ready for the next Songkran?! 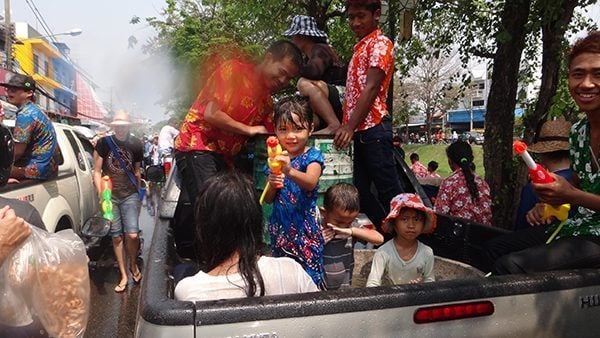