European countries are well known to be inspiring travel destinations for architects and architecture lovers.

They have some of the best recorded architectural history, a great variety of styles, and a dynamic history that has seen countless rises and falls as well as world-changing wars – all these influencing the architectural character of each place.

With so many historical cities in the European continent, sometimes it’s hard choosing the best ones to explore and admire, but here I’ll help you with 11 cities you should visit if you love architecture: 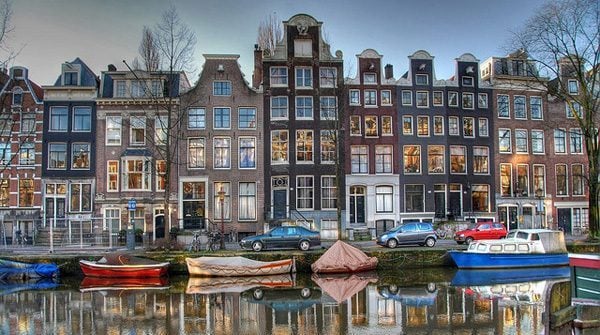 Amsterdam is one of Europe’s treasure troves for lovers of architecture. Not only it houses more historic buildings and sights than any other city in the world, but also it holds international importance in terms of modern design.

Amsterdam has one of the largest historic city centers in Europe, consisting of 90 islands linked by 400 bridges. Most of its historic buildings and streets have remained unchanged since the 19th century, due to the fact that there was no major bombing in the city during World War II.

Barcelona is no surprise on this list. This city has a well-balanced mix of historic architecture, concentrated in the Barri Gòtic (the center of the old city); and modern architecture, developed during and after the city’s expansion. Barcelona can also be proud to be the host of many Gaudi buildings, including La Sagrada Familia.

Many of the buildings in the Barri Gòtic date from medieval times, some from as far back as the Roman settlement of Barcelona. 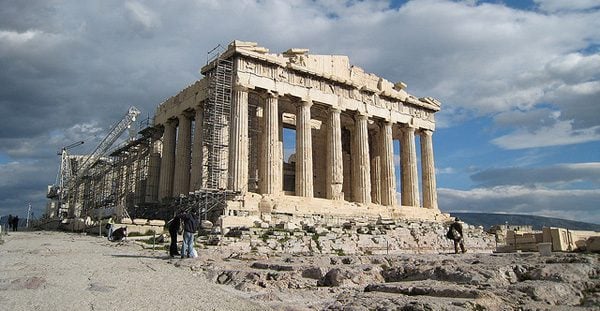 While this country might be chaotic, an architectural buff cannot do without a trip to Greece and its capital, Athens. Most of the relevant Greek architecture comes from the few surviving buildings of the Classical, Hellenistic, and Roman periods.

Temples are the most common and best-known form of Greek public architecture and they are the best examples that are still standing today. Since many Greek buildings in the colonization period (8th – 6th century BC), were made of wood or mud-brick or clay, nothing remains of them except for a few ground plans and footings.

Curiously, even though we might consider Greek buildings and temples as classical and artistic pieces, the Greeks didn’t consider them as art for art’s sake, nor did they consider architects as a type of artist.

In my best opinion, Berlin is an architectural heaven for anyone interested in a good architectural mix combined with an interesting yet complex history.

While you might not get the same “world city” vibe other cities like London and Paris do, you might experience how Berlin embodies many cultural and historic architectural movements, portraying its huge intellectual and cultural legacy to the world – something others cities fall behind.

This city was almost created to enhance ideals, rather than to serve its population as other cities did.

The city has no definite center and pockets of attractions are dotted all over. With over 170 museums, Berlin is one of the world’s prime locations for high-caliber historical collections of art, culture, and technology.

It is interesting to see how this city has drastically changed in the last 100 years, a period where it experienced Imperial architecture, Nazi and WWII related architecture and buildings, communist architecture, and modern architecture. 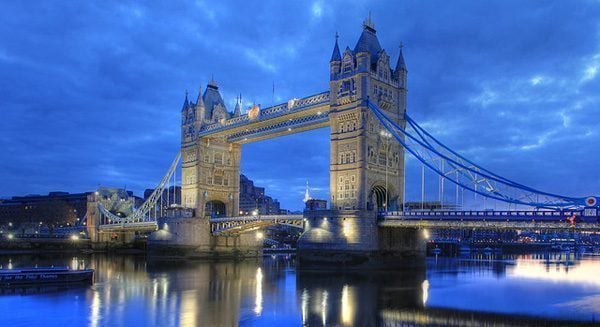 London is not characterized by any particular architectural style.  It has accumulated and conglomerated its buildings and styles over a long period of time. Only a few structures predate the Great Fire of 1666, with the exception of important sites like the Tower of London, Westminster Abbey, Banqueting House, among others.

London is famous for its magnificent palaces whose history is intimately intertwined with the history of Great Britain. The city also counts with over 240 museums and a great selection of important historic buildings and sights. There is a good balance between buildings and open spaces. 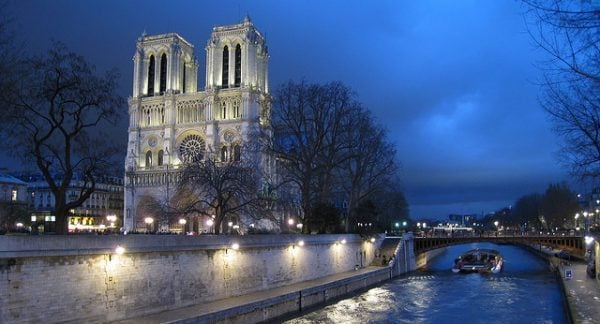 Since Paris is one of the world’s best-preserved cities, history is a walk around the monument filled blocks.

Paris houses many of history’s more stunning spiritual relics that include cathedrals and churches that stand today as evidence of the complex heritage of Christianity that dominated in Paris from the fall of the Roman Empire to the French Revolution.

Paris is considered one of the best-planned cities in the world after Baron Georges-Eugene Haussmann renovated it between 1853 and 1870, under Napoleon III commissions.

While Paris’ modern architecture (20th century, forward) can be considered somewhat poor, there are still a few hidden modern jewels that speak of the evolution of this city.

Among those are the Portzamparc’s Cité de la Musique or its Café Beaubourg; the renovation of the Louvre, Yohji Yamamoto’s showroom, the Le Corbusier’s foundation. 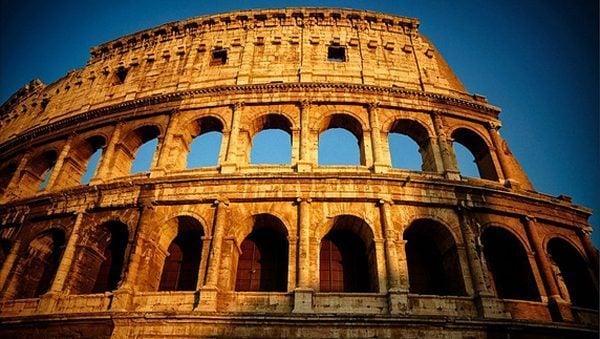 Architects and artists have always acknowledged over the centuries that Rome is rightly called the eternal city. Roman buildings defined how the West would develop over more than 2000 years, thus becoming the corner-stone of western architecture.

Artistic works like the old St. Peter’s Basilica, the first medieval basilica, the new St. Peter’s, the building in which Bramante and Michelangelo developed the High Renaissance, and the various works by Bernini and Borromini, whose rich and lucid spatial forms were to shape Baroque as far as Vienna, are some of the architectural jewels that can be found well integrated between the city’s urban fabric.

Here history breathes through every stone and artistic expressions are held through aging frescos. When you go there, make sure not to miss seeing some of Rome’s most iconic buildings. 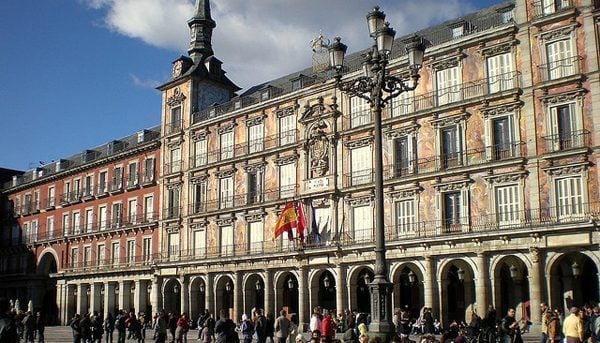 Madrid is one of Spain’s most popular destinations, and it’s well-known for the quantity of cultural related attractions and monuments that the city has embraced.

One of the most characteristic features of Madrid’s architecture is that as Spain’s monarchical dynasties shifted from Flanders to Austria to France, so did the principal styles that shaped every period.

In the end, Madrid’s architecture merged the influences rather than developing an original style. Still to this day, you can see the unique impression each dynasty left on the city’s architectural patterns. Don’t forget to visit the world-renowned museums.

Known as the “golden city of spires”, Prague has architectural splendors that span a thousand years, including Medieval, Baroque, and Renaissance buildings. It is this varied built and cultural heritage that has made Prague one of the best examples of European cities with great architecture.

Thanks to this, the city of Prague is able to showcase a myriad of architectural styles coexisting side by side.  The city is truly a pleasure for historians, tourists, and especially architecture enthusiasts.

Most of these architectural gems have been meticulously renovated and restored with high attention to detail. These buildings, after all, are a visual history of Prague. The city is famous for its magnificent castles, palaces, and gothic cathedrals.

Spend at least a day in Prague and walk through its cobblestone streets to admire its history, architecture, and bohemian style. 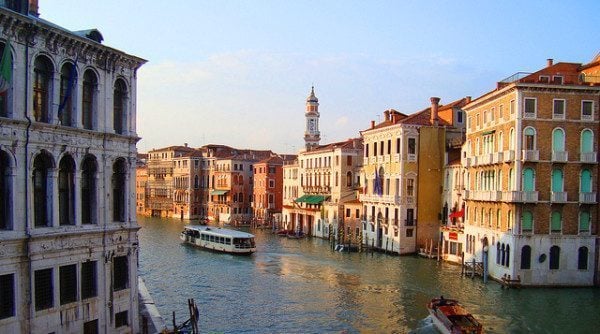 Venice, known as the “Queen of the Adriatic”, is one of the most remarkable and extraordinary cities in Europe.

Because of its long and glorious past, Venice’s architecture is varied and fascinating.

From the Byzantine, the Baroque, and the Gothic to the Neo-Classical, many of Venice’s most distinct facades carry a Byzantine or near-Eastern influence, as seen in the shape of the windows on one of Venice’s best known palazze, Ca’ d’Oro, and the Doge’s Palace in San Marco.

A trip down Venice’s Grand Canal -by gondola or vaporetto- is one of the best ways to see the facades of these renowned palaces in all their glory. In the end, no matter which canal you take, a gondola ride will show a great selection of architectural styles.

Many palaces are accessible to the public, and worth checking out for their lavish interiors. 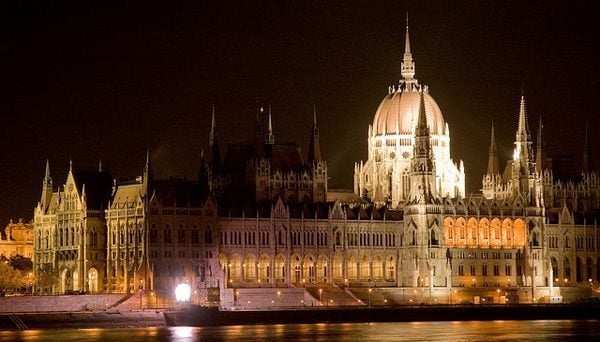 Budapest has had its share of rough times during its over 1000-year-old history, so the blocks of buildings and districts are not always uniform in style. But, this is what gives Budapest its unique eclectic architecture and character.

To appreciate Budapest’s present appearance, special attention should be paid to the year 1896, the 1000th anniversary of the arrival of the Magyars to Hungary.

Many buildings in Budapest were commissioned to celebrate the millennium, such as the Underground Railway, Heroes’ Square, Parliament Building, Liberty Bridge and the Museum of Fine Arts.

Some of the best architectural examples are the Roman amphitheaters, Gothic-styled cathedrals, traditional Turkish baths, and many more.

In many of its buildings, there is a wealth of beautiful architectural detail, even when most of them are covered in grime or scarred by bullet holes.

Obviously, Europe counts with more than 11 cities that are worthy of admiring their architecture, but these are just a few that will inspire your artistic eye.

What European city has inspired you with its architecture? 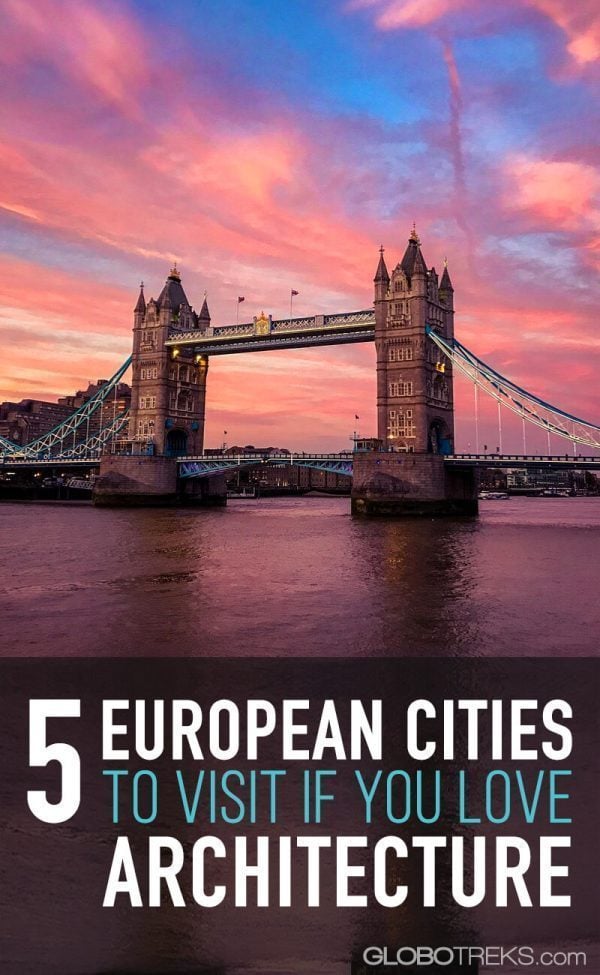