Sometimes I consider myself a bit of a history geek and that was evidently reflected in my last trip through Europe. Of course, Europe counts with so much interesting history, but one particular period has always caught my attention… World War II.

This might be one of the darkest periods of all mankind, but behind all the pain and suffering lies a rich culture that transformed the whole world.

The truth is that even when visiting Holocaust Memorials and WWII related sites might have a gloomy feeling, most of these places serve as a place of reflection and inspiration.

On my last trip to Europe, I noticed that cities like Amsterdam, Berlin, Warsaw, and Krakow are among the “richest” ones when it comes to giving a vivid narration of this interesting historical period.

So, where you should go to get the full picture on this historical period?  Well, there is no single place to do this, so here are some of the WWII Era sights you should go to when visiting these cities.

Jewish Historical Museum – This museum was established in 1932 and shows a great collection of Jewish history, culture, and religion in the Netherlands and worldwide.  The museum is housed in four former synagogues in the old Jewish District of Netherland.

You can still taste the original synagogue atmosphere in many of the rooms, giving you a sense of how this place felt before becoming a museum.   The entrance fee is 9 Euros. 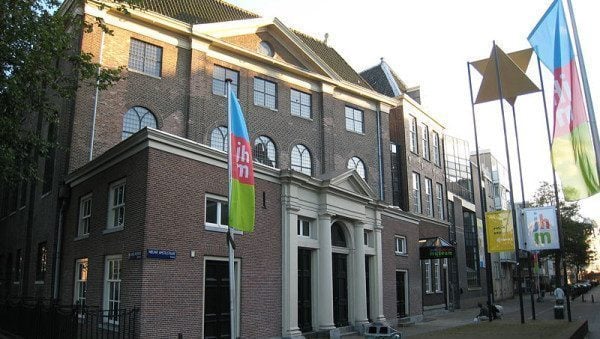 Hollandsche schouwburg – What once was a renowned Jewish theater now serves as a memorial/museum for the WWII Jewish community of Amsterdam.

This theater served briefly as the stage of great Jewish stars, but during the war years, it became a concentration point where the Nazis held Jews before their deportation.

Today, most of the theatre is destroyed, only remaining the facade and frontal area. Even though it is a small museum compared to the Jewish Historical Museum in Amsterdam, this one is very moving and solemn. Also, it’s free and not so touristy – most locals don’t even know about it.

Anne Frank House – Anne Frank has become a symbol for Jews in Amsterdam and the whole world. She and her family (8 in total) hid in a secret annex during the war years until they were betrayed.

During this time Anne kept a diary that depicts with so many details her daily life in hiding, her thoughts, the isolation, and the constant fear of being discovered.

What once was her hiding location, today serves as a museum that shows how were the living conditions during their isolation.

Each room is shown without furniture (since they were confiscated by the Nazis), but as you move through the rooms, small passages of Anne’s Diary, original wallpaper collages, and some artifacts, show you vividly how was the daily life on these spaces.

This place is very touristy so be ready to stand in line for nearly an hour. The entrance is 10 Euros (but really worth it).

Reischtag – This is the parliament building of the German Empire.  It opened in 1894, burned in 1933, bombarded during the Second World War, and fully restored in 1999.  You can go up by elevator to the glass cupola – designed by Sir Norman Foster – where you can have a 360-degree view of Berlin.

Entry is free and no reservation is needed. But go early in the morning as you can stand in line for more than an hour.  You can also make reservations to see the interior of the parliament.

Jewish Museum – I have to start by saying that this building is a masterpiece by architect Daniel Libeskind. He managed to represent with this building the crude reality of what Jews felt during the deportation and the holocaust in general.

The tilted and dynamically shaped spaces make you feel the disorientation, the sick feeling of being lost, and the cold feeling of emptiness many Jews felt during WWII.

This museum also contains thousands of years of Jewish history and how they created an impact in the world. It only costs 8 Euros but be ready to spend more than a couple hours in this museum, especially if you love architecture… like me! 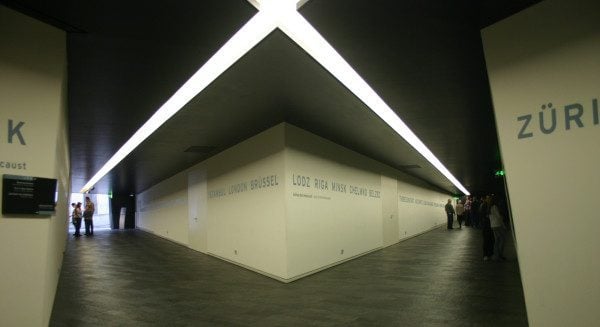 Topography of terror – This museum is located on the grounds where once was the headquarters of the Gestapo and the SS, the principal instruments of repression during the Nazi era.

The exhibition covers the SS and police in the “Third Reich” as well as the crimes they perpetrated against its victims.  On this site, you can see the second largest piece of the Berlin Wall still standing.  Free Admission.

Holocaust memorial – This memorial, designed by Peter Eisenman, is located right next to Brandenburg Gate. It depicts a symbolic topography made of huge stones resembling tombs that represent the “lost of touch with human reason”.

There are a total of 2711 “stelae”, one for each page of the Talmud arranged in a grid pattern on a sloping field.

Walk through the rows of tombs or jump over them; this space is to be experienced as you wish to (even playing hide and seek). On the under-lit underground space, you will find the history of many Jew families and their fate. This memorial is free.

Also worth checking before you head to Berlin is this travel podcast (Epidose 22), that discusses the history of Wartime Berlin. 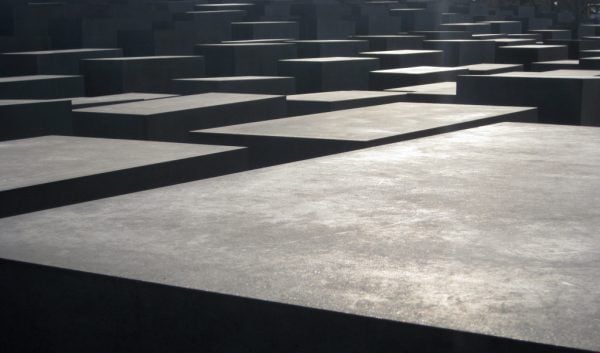 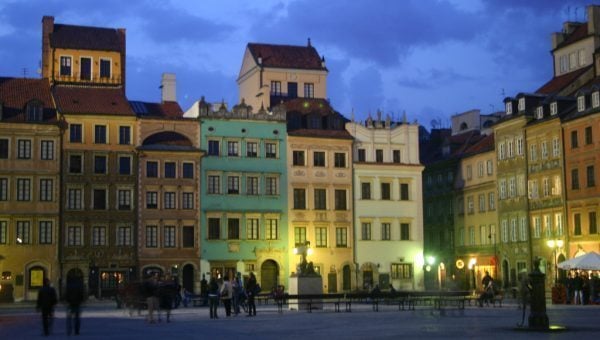 Warsaw Uprising Museum – This is a very graphic and sensorial museum that demonstrates the Jews resistance to liberate Warsaw from Nazi Germany.  Loud sounds, dark spaces, interactive exhibitions, and even crude images, make this museum a full experience rather than a mere informative visit.  The entrance is 7 zlotys.

Gestapo Museum – Mostly unknown and hard to find, The Gestapo Museum (located on the base of the Education Department Building) shows a small interactive exhibition that shows the whole process of operations in the Gestapo and the processing of Jews and other prisoners.  The entrance is free.

Wolfs Lair – When in Warsaw, try driving to the town of Ketrzyn (4 hours north of Warsaw) to see Hitler’s Headquarters in East Prussia, also known as The Wolf’s Lair.

This is a huge bunker complex where Hitler “hid” for over 800 days during the war.  Today most of the bunkers are totally destroyed since the Germans imploded them after they fled.

This is also the place where Claus von Stauffenberg attempted to assassinate Hitler (as shown in the movie Valkyrie).  Even though this site is far and somewhat hard to get to, the trip is definitely worth it (if you are truly interested in its history). This post tells you everything you need to know to get to the Wolf’s Lair. 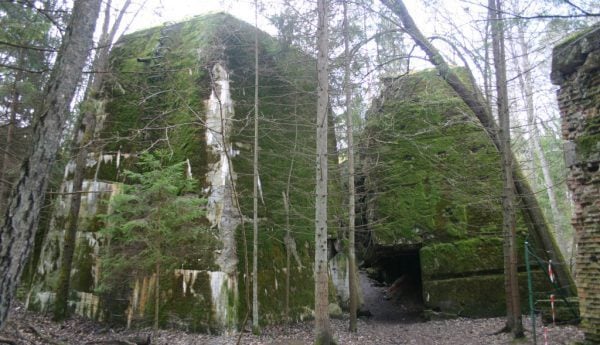 They are somewhat hidden between buildings and courtyards, so you have to search for it to find it. One piece is at 55 Siena Street and another one is on 62 Zlota Street (passing through the building hallway to its backyard). 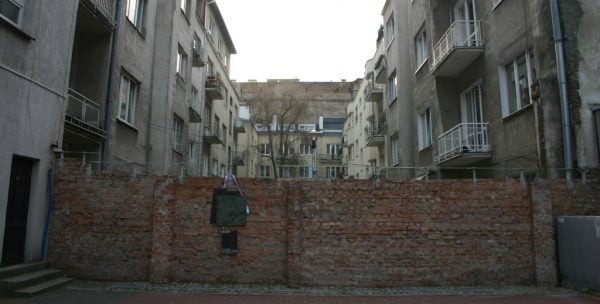 Jews and prisoners were kept in this concentration camp to be exploited physically before being exterminated.  The remains of this Nazi death camp remind us of the darkest moments in human history.

The feeling is gloomy and extremely overwhelming, but nonetheless something worth experiencing.

It was here, between 1940 and 1945, where the Nazis murdered more than a million Jews as well as tens of thousands of Poles, Romanies and Sinti, Soviet POW’s and other innocent people.  Admission is free, but the tour for 38 zlotys is highly recommended. 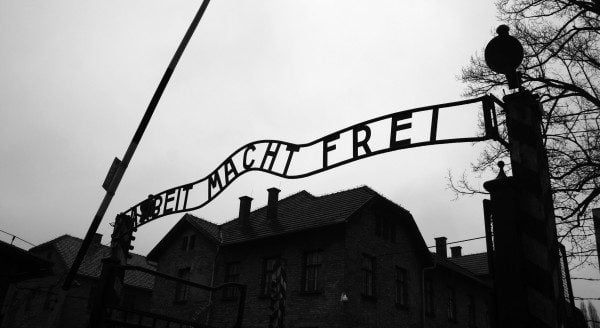 Oskar Schindler’s Factory – This is where Oskar Schindler saved the lives of over a thousand Jews by giving them a “job” on his “pots and pans” factory even though they weren’t necessary for labor (as depicted in Schindler’s List by Steven Spielberg).  The entrance fee is 6 zlotys.

In addition to these places, there are countless other memorials and museums that tell the story from a different – and equally valid – perspective.

Visiting these places doesn’t just give us an interesting activity in our trips; it also serves as a reminder of what happened and remembrance of those who died, and a lesson of tolerance for future generations.