How to Visit Wolf’s Lair from Warsaw

Visiting Wolfsschanze –Wolf’s Lair– in Ketrzyn, Poland brings you closer to an almost unknown site of World War II.  This ominous place holds the ghost of the German power that once tried to dominate the world at all cost.

Wolf’s Lair was Adolf Hitler’s headquarters in East Prussia. Hitler spent nearly half of World War II (over 800 days) in this compound, which contains over 80 buildings including massive bunkers for high-ranking German Officials like Göring, Bormann, and Hitler, among others.

It was here where decisions like the construction of the death camps and the fate of many European nations were made. 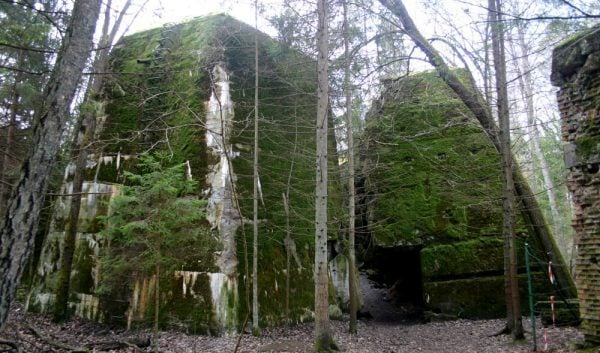 There are no regular tours to this hidden historic place, but companies like Intopoland can help you customize your trip to the Wolf’s Lair at your own convenience.

I traveled with Intopoland to the Wolf’s Lair, and I highly recommend contacting Anna through their site.  She’s very helpful with customizing the tour and a great tour host.

The following is a one-day tour itinerary based on my experience:

The departure from Warsaw will be early in the morning, approximately around 7:00 am. The 250 km ride from Warsaw to Ketrzyn takes almost four hours, but the journey itself is worthy of appreciation.

As you cross the countryside you will see a rural lifestyle and many untouched landscapes that are no longer seen near developed Polish cities like Warsaw.

Near the end of the ride, you will reach the Mazury region.  Here you can enjoy the scenic view of the immense Mazurian Lakes and evergreen forests.

As you reach Ketrzyn –around noon- you can decide between stopping to have a typical polish lunch or continue to Wolf’s Lair, just 8 km ahead.

When entering the compound through its narrow asphalt road, you will cross one of three almost unnoticeable gates that once protected this secret headquarter.

This area was once surrounded by 10,000 landmines hidden in the forest. But don’t worry, they were all removed.

Once at the main entrance, you will see the former headquarter for Hitler’s personal security, which today is a small hotel and restaurant. Currently, this is the only habitable structure in the compound.

At the beginning of your 2-hour tour, you will head towards the remnants of the Situation Conferences Barrack.

This is where Col. Claus von Stauffenberg attempted to assassinate Hitler by placing a bomb next to him (as seen in the movie Valkyrie).

There are barely a few recognizable structural elements on the ground and a plaque that memorializes the act of von Stauffenberg.

You will then head towards many of the various bunkers that once were used for protection against aerial attacks from the Allied Forces and the Red Army.

There are over two-dozen bunkers with double 5 meters thick reinforced concrete walls.

Today, nature has taken over this place by hiding paved streets under layers of fallen leaves and dirt, and by covering concrete walls with muss and creeper.

Most bunkers are partially destroyed, unstable, or completely razed.  In January 1945, Hitler gave the order to destroy this compound with the use of high explosives to prevent its capture and use by the Red Army.

Some bunkers are safe to enter while others aren’t, due to the unstable dilapidated structure. Use caution when exploring them.

Once you reach the main bunker –Hitler’s Bunker– you will have the chance to go inside and see what’s left of this broken shelter, which is mostly empty dark rooms and corridors. It is recommended to have a flashlight since the interior space is dark.

After exploring your bunkers of preference, head back to the main entrance where you can have a meal at the restaurant or simply start your journey back to Warsaw.

On the way back, stop in Swieta Lipka or Reszel; two small towns that still have a strong traditional Polish character and are great places to taste authentic Polish dishes.

I recommend visiting Wolf’s Lair with Intopoland.  Not only do I vouch for their good service but they also offer the best options for a day trip to the bunkers or more.

Alternatively, if you wish to visit Wolf’s Lair on your own, you can find more information on their website. Or, you could go with these other tour options available on Viator.com departing from Warsaw or Gdansk.

Should you be interested in spending the night at Wolf’s Lair, you can book a night at their hotel via HotelsCombined (check their reviews on TripAdvisor). Alternatively, there are hotels available in Ketrzyn, which is the closest town to Wolf’s Lair. 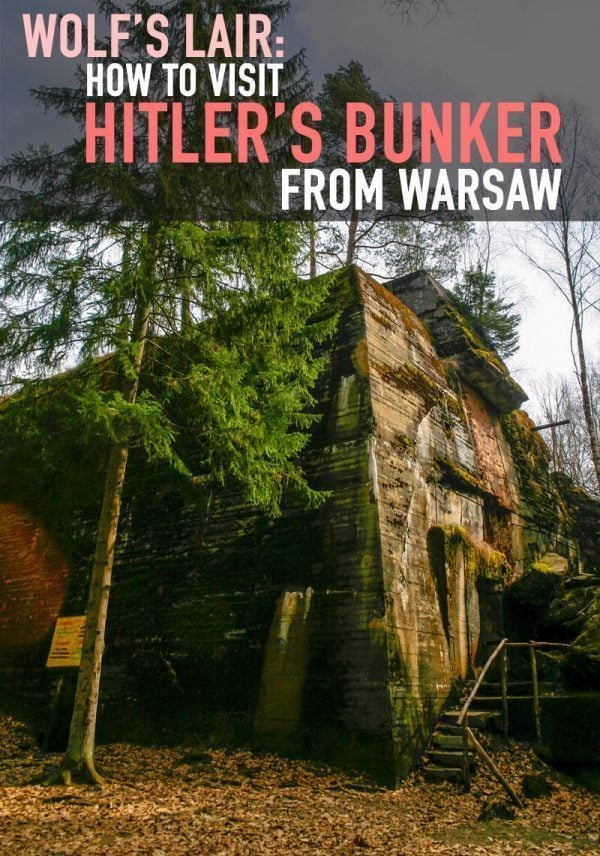 5 thoughts on “How to Visit Wolf’s Lair from Warsaw”