Berlin is home to more than 170 museums and galleries… Yes, 170!…  and many of them contain some of the most important art collections known to the world.

To see the finest collections in the best museums in Berlin, with exhibitions that range from contemporary art to historical artifacts, here are ten museums that should be on your list when looking to spend a few cultural days in the German capital.

Museum Island is home to five world-class museums.  These are in a unique ensemble of historic buildings, all built under different Prussian kings.  Today is a UNESCO World Heritage site.  Here you’ll find:

The Altes Museum, built between 1823 and 1830 after the design by Karl Friedrich Schinkel, is one of the most important works in the architecture of Classicism.

Its classical architecture is the perfect setting for its ancient Etruscan pottery, as well as Greco-Roman statues, bronze tools, jewelry, and wood and stone sarcophagi. 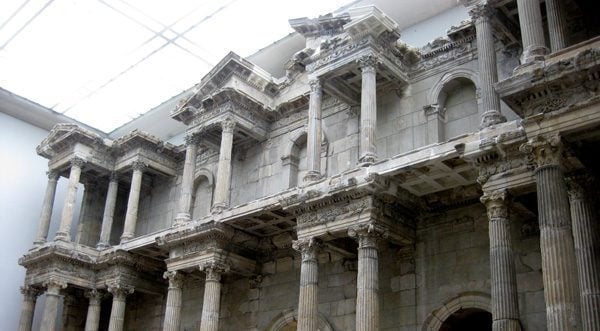 This museum was built during the 19th century to house the archeological treasures discovered by archaeologists like Heinrich Schliemann.

The Pergamon Museum is named after the Turkish city from which the 2300-year old Altar of Zeus was taken. Here you’ll find artifacts that date back more than 3000 years.

This museum is world famous for its monumental reconstruction of archaeological building ensembles such as the Pergamon Altar, the Market Gate of Miletus, and the Ishtar Gate.

The Processional Way of Babylon and the Mshatta Façade are also ensembles to be blown away. 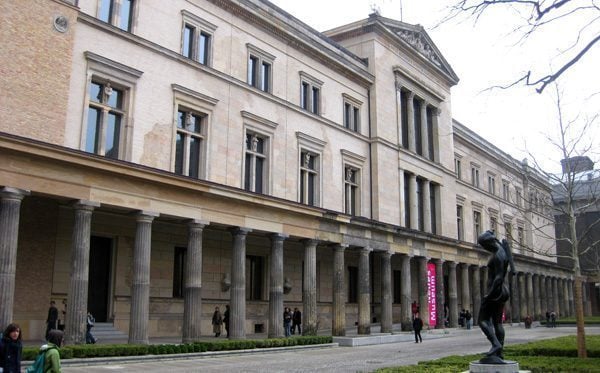 This museum has historical artifacts housed in a historical building per se.

It was built between 1843 and 1855, then closed at the beginning of World War II in 1939, when it was heavily damaged during the bombing of Berlin. The museum officially reopened in October 2009.

Exhibits include the Egyptian, Greek, and Roman history, as well as Early History collections, as it did before the war. The artifacts it houses include the iconic bust of the Egyptian queen Nefertiti.

The partly destroyed interior of the Neues Museum ranks among the last remaining examples of interior museum layout of this period in Germany.

It is recommended to buy the Berlin WelcomeCard as it allows you to explore Berlin’s most popular and central museums, including free travel on public transport services and up to 200 discounts on Berlin’s major attractions (25% to 50 %).

Museums at the Culture Forum  (Tiergarten-Kulturforum)

Located close to the Potsdamer Platz at the eastern end of the Tiergarten, this art museum complex has museums like: 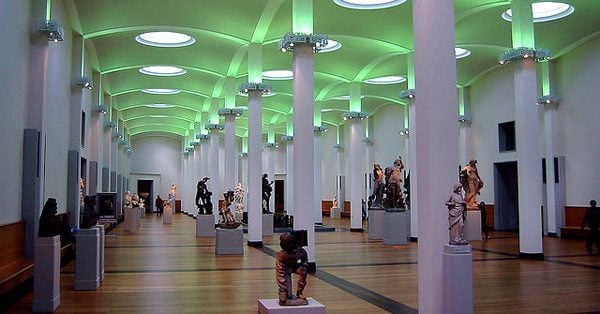 When it comes to art, the Gemaeldegalerie can be considered as one of Germany’s finest museums.

It holds one of the world’s finest collections of European art from the 13th to the 18th century. Among the almost 3000 paintings you’ll find masterpieces by Dürer, Bruegel, Raffael, Tizian, Caravaggio, Vermeer, Rembrandt, and Rubens. 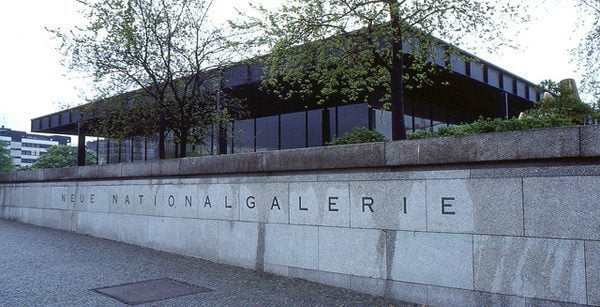 Berlin’s New National Gallery at Potsdamer Platz is dedicated to international art from the 20th century.

Ludwig Mies van der Rohe designed the unique glass-and-steel structure that houses this fascinating museum, which is nicknamed “the temple of light and glass.”

Its work spectrum ranges from Classical Modern down to Art of the 1960s and 70s. Among those included are artists like Pablo Picasso, Ernst Ludwig Kirchner, Paul Klee, Max Beckmann, Otto Dix, Yves Klein, among others.

Museums Throughout the City

Many great museums are not State Museums or not part of the museum complex.  Among the best are: 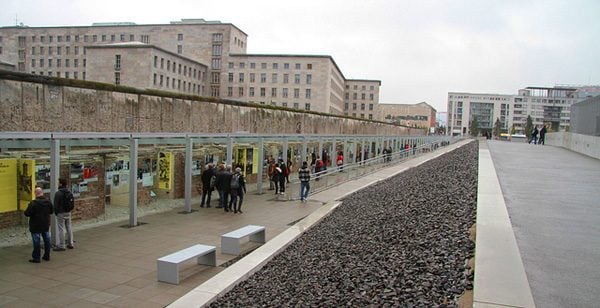 Topography of Terror is an outdoor museum located on the site where once stood buildings in which during the Nazi regime from 1933 to 1945 were the headquarters of the Gestapo and the SS, the principal instruments of repression during the Nazi era.

Honestly, this museum is not for the faint of heart, but it’s one of the few places in Berlin where you get the crude appreciation of Berlin’s history during WWII.

The museum explores both the rise of the Nazi party and its war atrocities. Right at the edge of the museum is a 200 m (656 foot) section of the Berlin Wall.

The Berlin Wall Memorial is the central memorial site of German division, located in the middle of the capital.

The memorial contains the last piece of Berlin Wall with the preserved grounds behind it and is thus able to convey an impression of how the border fortifications developed until the end of the 1980s.

This museum makes the history of Germany’s division easy to comprehend through its audiovisuals, interactive information, and preservation of the wall – a viewing platform gives you a peek of what faced those attempting to escape by crossing the wall. 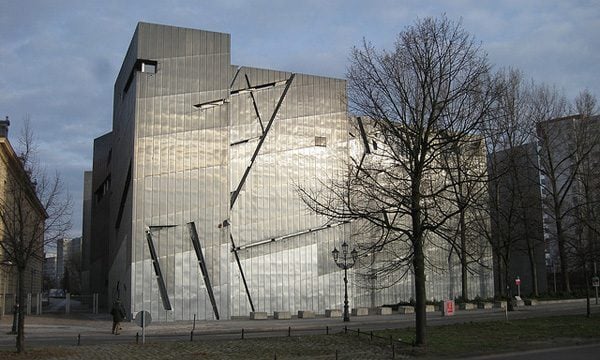 This museum chronicles the Jewish history and culture in Germany from the Middle Ages to present-day.

While the extensive exhibition is great, the biggest impression and strongest poetic message are delivered through it’s building – designed by Daniel Libeskind.

It leaves a lasting impression on its visitors, making them feel completely disoriented, an expression of what Jewish people experienced throughout history and the war.

The architecture is defined by a zig-zag design –made of a broken Star of David– underground tunnels, irregularly shaped windows, and voids that stretch the full height of the building. 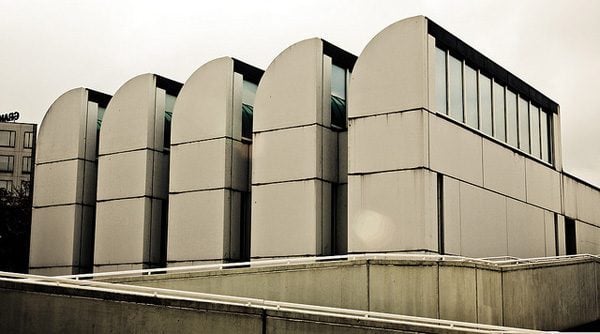 This is the home to the world’s largest Bauhaus collection, offering an in-depth introduction to the German avant-garde school and its impact on design, art, and architecture around the world.

The museum is housed in a building designed by the founder of the Bauhaus School, Walter Gropius, and displays an incredible collection crafted by Bauhaus teachers and students, from ceramics, furniture, and sculpture, to weaving, printing, and bookbinding. 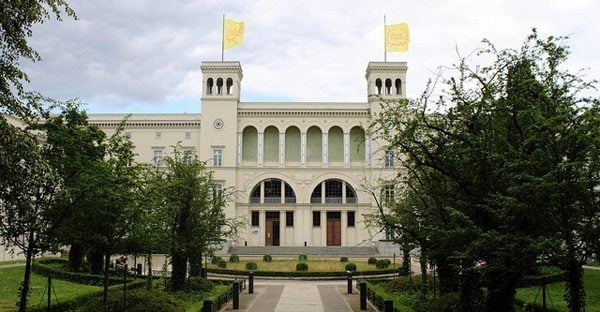 Set in a former train station from 1874 (Located in “no man’s land” between East and West Berlin), this museum is dedicated to contemporary art from the second half of the 20th century onwards.

Lastly, I recommend checking TripAdvisor to see the best-reviewed hotels near Museum Island and other museums and to see the latest deals to save money! 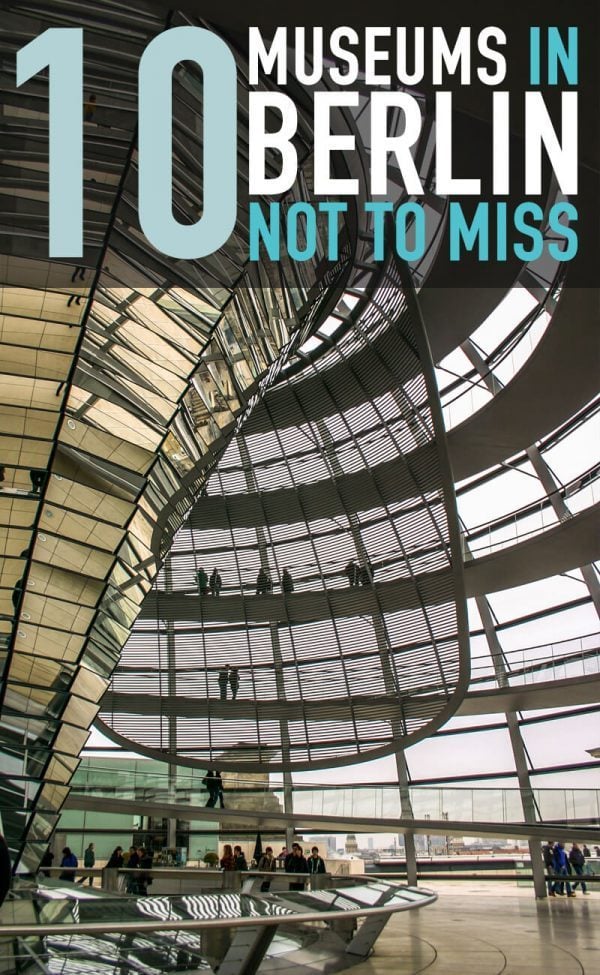