London is a huge city that you won’t be able to see properly in a weekend, let alone just one day. But, one of the cool things about London is that you can compartmentalize it in smaller regions you can see in one day each.

These past few times I’ve been to London I’ve stayed around the East London area, and even though it is not as popular as central London, there is still a lot you can see here that can quickly fill up an entire weekend.

Here I share how you can spend a full day in East London, doing a bit of the touristy, local, historical, and even a hint of adrenaline. 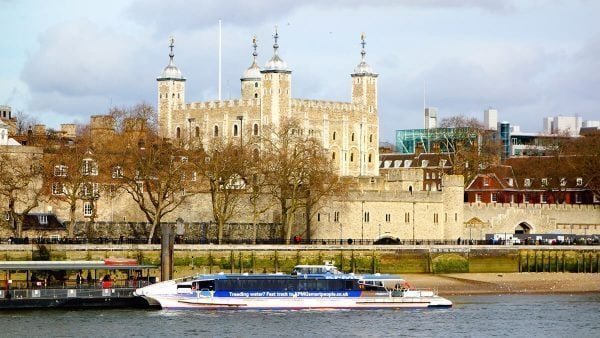 William the Conqueror built the fortress in 1066, but the tower was not erected until 1078. Over the centuries, this fort and tower have been used as a royal residence, a treasury, armory, zoo, the Royal Mint, and to house the Crown Jewels.

The Tower also has a dark history hidden behind its walls. It is said Henry VIII beheaded four people in the Tower and that brutal torture and executions were held here during the time it served as a prison.

During your visit, do not miss seeing the prisoner graffiti in the Beauchamp and Salt Towers. Some graffiti are beautiful while others are sinister. Also visit The Chapel Royal of St. Peter ad Vincula, which contains the bodies and heads of three queens and two saints.

And last but not least, the Crown Jewels. There’s a queue to see these, but it’s worth it. There you’ll see the Cullinan I, the biggest, flawless, and colorless cut diamond on earth, embedded in the royal scepter, among other jewels.

Don’t forget to take a peek at the iconic Tower Bridge, which is just next to the Tower. Should you have time, you can also pay a visit to see the interior of one of the most iconic symbols of London.

Walk across City of London

As you walk out of the Tower, you’ll step in the City of London. While today it is the primary central business district of London, it is also the historic center of the city, as it contains settlements that include the Romans in the 1st century AD, all the way to the Middle Ages.

Don’t miss seeing one of the surviving fragments of the London Wall, built around 200 AD, close to Tower Hill. Also walk by the Monument to the Great Fire of London of 1666, which gutted the medieval City of London inside the old Roman city wall.

Grab a bite while you’re exploring the old city. Personally, every time I go to London I go at least once to Nando’s – a spicy Afro-Portuguese chicken chain, so I give one vote to visit their City of London restaurant. 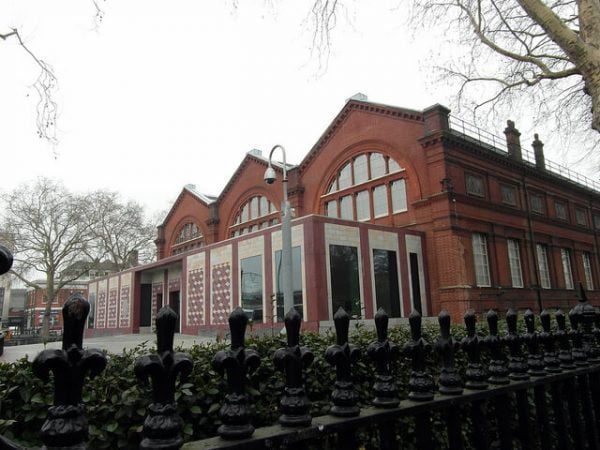 Visit the V&A Museum of Childhood

Now we are officially in East London! The V&A Museum of Childhood is the younger sister of one of London’s greatest museums – the V&A Museum. While the Childhood Museum focuses on toys, it entertains both adults and kids. This is one of the many free things to do in London with your kids.

It is home to one of the world’s finest collections of children’s toys, including dollhouses, costumes, games, and more, dating as back as 1872. The museum is free.

Alternatively, just nearby, on Shoreditch High Street, the Rich Mix creative center has several interesting exhibitions from up-and-coming artists. This is also free.

Additionally, the Geffrye Museum offers a view and exploration of our homes and the way we live. Set inside an 18th-century almshouse surrounded by beautiful gardens, this “Museum of the Home” presents a chronological presentation of period rooms illustrating the interiors favored by the English middle class from 1600 to the 1990s.

Go to the Olympic Park

Built for the London 2012 Summer Olympics and Paralympics, this park has served more than its intended purpose. In addition to being a park full of wildlife and waterways where you can relax, it still serves as an active sports arena.

Once you arrive via Stratford Station, follow the signs to the park and an Information hut where you can pick up a free “Trail of Glory” leaflet that’ll guide you to all the Olympics venues.

Check out the London Aquatics Center, designed by one of my favorite architects, the late Zaha Hadid. Also check the stadium, which is the home ground of West Ham United FC.

There are also guided walks that’ll give you the inside story of what happened here during the games and the future of this park.

Pump some adrenaline at the ArcelorMittal Orbit

Right in the Olympic Park is the ArcelorMittal Orbit, a twisting tower of red steel designed for the Games by Anish Kapoor. The tower, which is the UK’s tallest sculpture, is crowned with a viewing platform.

But, it is not only a viewing tower, but it also has the world’s longest, fastest, and tallest tunnel slide. So, get a glimpse of the city’s skyline during sunset and top it up with a quick slide down to ground level!

Head to the Montcalm Royal for Drinks and Dinner

Heading back to near the City of London area, you can grab dinner and drinks at the Montcalm Royal London House Hotel. Here you’ll see how subtle mid-century styling meets twenty-first-century tech throughout their design style.

End the night at XOYO

If you still have the energy to party, walk a few blocks north to reach XOYO, which is one of London’s top nightclubs. It’s two floors are filled with a mix of first-class DJing and live music. They open at 10 pm on Mondays, Tuesdays, Fridays, and Saturdays and stays open until 3 am or 4 am. 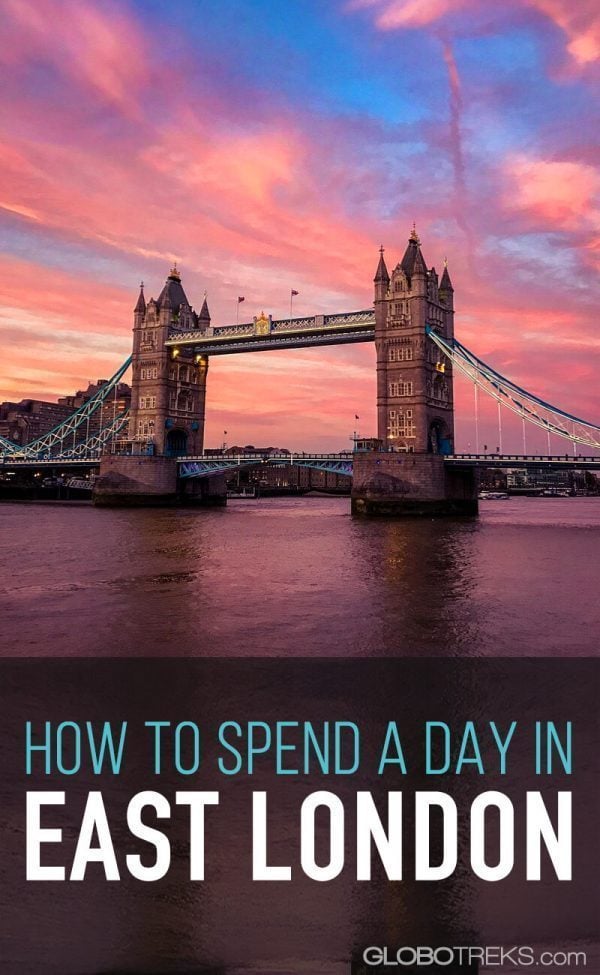