Cairo, the capital of Egypt, is home to a variety of high profile and low profile sights that range from the historic to the cultural, social, and even revolutionary.

Cairo is usually the arrival hub for many travelers that look to explore and experience the country of the Pharaohs. So, if you can spare 72 hours in Cairo, here’s what you could do:

Day 1: Exploring Garbage City and the Streets of Cairo 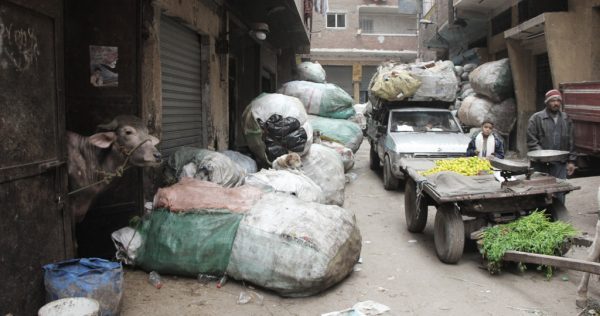 This day is focused on the social aspect of Cairo and Egypt in general.  Start your day by heading to Garbage City. This is a Coptic Christian slum on the outskirts of Cairo.

The interesting aspect of this slum is that all of Muslim Cairo dumps its trash here. Its inhabitants make a living out of the recycling and reselling of garbage.

What you’ll see there is the crude reality of their living conditions, surrounded by rotten trash, and the contrast of an interesting Cave Church hidden between the slum streets.

This place is rarely visited by tourists, but it is well worth a visit. Read this previous post on Garbage City for more information.

In the afternoon you can head to Tahrir Square. One of the most interesting things about Tahrir Square is the Gorilla Art, or street art, that reflects the social consciousness that drove the revolution, as well as the fallen revolutionaries.

The drawings and paintings tell a vivid and moving story – the story from the people’s perspective. See this post on the art at Tahrir Square. 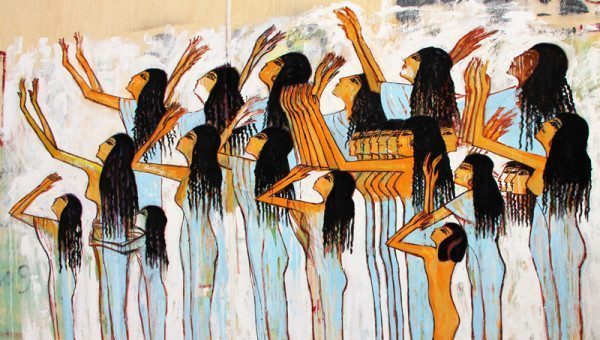 Finish your day by walking the streets of Cairo. Cairo is a bustling and active city – chaotic, crazy, noisy, dirty, and everything in between.

Walk the street markets, eat the street food (try the Koshary –highly recommended!– A cheap local food made of rice, macaroni, fried onions, black lentils, chickpeas, and topped with a tomato sauce.), and haggle with a few vendors.

While in Cairo, I stayed at Hotel Luna, which has an excellent location (just a few blocks from the Egyptian Museum, Tahrir Square, and many stores and restaurants).

It is not a backpacker hostel, for sure, so I would recommend this place if you’re looking to stay at a peaceful and relatively quiet hotel (in the middle of Cairo’s chaos).

Day 2: Marvel at the Great Pyramids 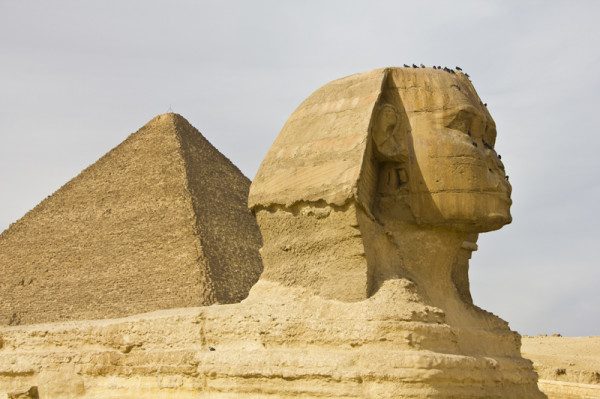 Spend your morning at the Great Pyramids of Giza, the only one of the Old Seven Wonders of the World still standing today. You can spend the whole morning admiring the pyramids of Khufu, Khafre, and Menkaure. There’s also the famous Sphinx.

Take one of those silly, cheesy, posing pictures in front of the Sphinx and pyramids (it’s ok, here it’s expected). You can ride camels around the pyramids, but I must warn you that you’ll probably get scammed.

Many camel riders love being sleazy with their pricing negotiation (like, “I quoted british pounds, not egyptian pounts”) and won’t let you get off the camel until you pay them what they demand.

Oh, and you must ignore every single vendor. Just read my experience here and you’ll see why. 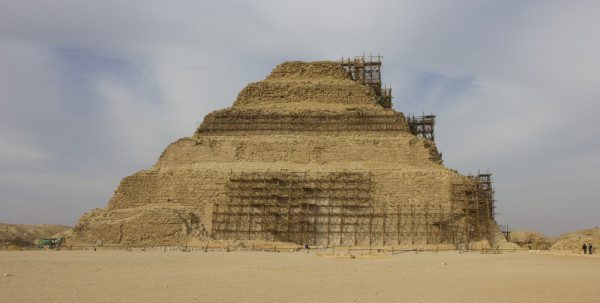 After Giza, you can head to Saqqara to see the Pyramid of Djoser, which is considered to be the first attempt of a pyramid.

In reality, it is a stepped pyramid that was created through the design of multiple mastabas (the burial structure invented by the Egyptians before the pyramid), one on top of the other and reducing in size the higher they go.

It’s an interesting site to visit if you’re into Ancient Egyptian history and architecture. 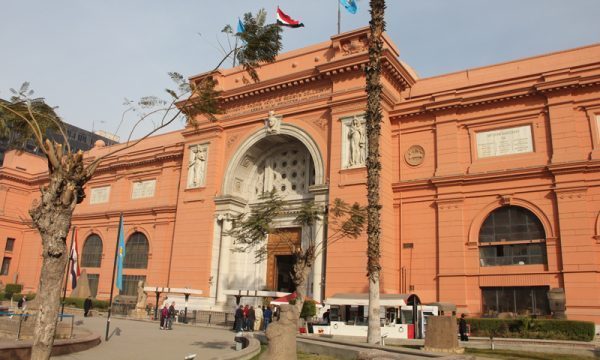 This day can be fully dedicated to the Egyptian Museum. The museum is pretty big, though not huge, but it is highly overcrowded with hundreds of thousands of historical artifacts.

All originals, except for the Rosetta Stone. You can spend hours looking at the pieces of each kingdom: Old, Middle, and New.

King Tutankhamun’s exhibition is a “must see”. You’ll see every artifact found in his tomb (except his mummy which is in The Valley of the Kings).

His exhibit alone can take over an hour to look at. For an additional entrance fee, you can see the royal mummies of the ancients Pharaohs of Egypt.

If you still have time in the afternoon, you can either explore more of Cairo’s streets, walk along the Nile River, or visit other pyramids like the Bent Pyramid and the Red Pyramid (which is considered as the first true pyramid) – all located in Dahshur, on the outskirts of Cairo.

Also, for fun, I recommend reading this post about being an ancient egyptian architect. How would I have designed back then? It’ll teach you a lot about how they built back then.