While Berlin is among the most popular cities to visit in Europe, it is still one of the few European cities where your money can go a long way.

This is a city where art, history, and entertainment don’t necessarily have to come at a steep price. Here are some of the ways in which you can do Berlin on the cheap.

Look for cheap food in Berlin

Berlin is full of cheap eats. In many of their fast foods, or “Imbiss”, you can get a decent meal for about $5 to $7.

There are many bargain-priced street foods and restaurants, especially during lunch, so try eating your heaviest meal at that time. If you have a kitchen, doing your groceries is a smart move since it’ll help bring down food costs.

There are also the Vokus – eateries located inside artist squats and cultural centers that offer weekly meals for about $2. This is also a great place to meet other budget-conscious travelers and locals.

Be smart with your accommodations

Berlin has a great Couchsurfing group, so you’ll always find someone willing to offer you their couch, or to at least hang out with you to show you the best around the city.

There are many budget hostels in Berlin that range from 15 to 25 Euros. If traveling in a group, there are many apartments in Berlin to rent via Airbnb.  In the end, they could end up being cheaper and more comfortable.

A single ticket costs 2.30 Euros while a full day ticket that will allow you to hop on and off at your leisure will run at 6.30 Euros. The full-day ticket is good for all forms of public transportation, which include buses, trams, and trains.

There is also the Berlin WelcomeCard that is offered to visitors and is good for 48, 72 hours, and 5 days.

Many of the most used bus routes in the city are services with double-decker buses – which have a fantastic view at the front seats of the top level. Bus number 200 runs a great route from the Zoologischeral Garten station and passes through many of the significant sites in Berlin, like: Gedachnis-Kirche, Tiergarten, Potsdamer Platz, Mitte, Museum Isle, Alexander Platz, and many more.

Berlin is a big city, so walking will not be the best option. Renting a bike is a good idea since the city is bike-friendly and it provides an easy way to move around the city in a cost-effective way.

Berlin is full of free cultural, artsy, and historic sights. Among those you can check:

1 ) The Reichstag and its contemporary glass dome, designed by Norman Foster, is one of the best places to grab a view of the Berlin skyline.  Make sure to go early as it gets packed with tourists.

2 ) Take a free walking tour.  It is Berlin’s history which makes it one of the most interesting cities in Europe, and there are many free walking tours that bring history to life. Some walking tours start at Brandenburg Gate and last for about 3.5 hours. They’re also great to get familiar with the city. 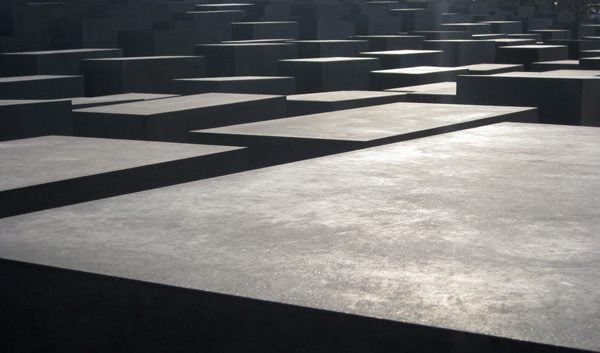 3 ) The Holocaust Memorial, or Monument to the Murdered Jews in Europe, designed by Peter Eisenman is a minimalistic and poetic memorial composed of 2,711 abstract concrete slabs that make a maze-like topography.  Wander through the slabs and feel the uneasiness of getting lost.

4 ) Brandenburg Gate is one of the most famous landmarks of Berlin.  Built in 1788, this gate has seen, and survived, wars, conquests, and even the division of the city.

5 ) Checkpoint Charlie is a major tourist draw. It was the passport control for visitors going between East and West Berlin when the wall was up.  The booth outside on the street is free of charge but the museum has an entrance fee.

6 ) The Berlin Wall has had a significant impact on how Berlin developed as a city and as a culture.  There are a few segments located around the city, but possibly two of the most impressive pieces are located at the East Side Gallery and at Topography of Terror.  The former is extremely colorful and expressive while the latter is very crude and somber.

7 ) Topography of Terror is an exhibit that shows in a crude way the role Berlin played in World War II, how sinister was the Gestapo/Nazi party, the magnitude of the war, and much more.

8 ) The art pieces in the East Side Gallery. This is a big section of the Berlin Wall that was left standing and later painted by artists with highly expressive art pieces.

These are only a few of the many options to enjoy Berlin without going broke. In general, Berlin offers many free and affordable activities that are as impressive, if not more, as the paid sights. In fact, the best way to enjoy Berlin is by exploring it with eyes wide open.