I had just finished buying my train ticket to leave Varanasi the next day and as I walked into the train station’s parking lot I got the multiple usual “rickshaw?” offers from many drivers.  I wanted to go back to my hostel, which was relatively far from the station, so I definitely needed a rickshaw.

Since I was coming out of the train station, one autorickshaw driver thought I had just arrived to Varanasi and offered to give me a ride for 250 rupees.  “Ahh, fresh meat”, he must have thought.  I, on the other hand, got into defensive mode.  I hate scammers.

I had done this trip for 50 rupees twice already, so I knew that was what I should pay.

“Seriously?! Listen, I know it is only 50 rupees because I’ve done this route twice already, so I’m not paying an extra rupee beyond that.”, I replied to the driver who still insisted on his price.

After some back and forth with no success for either party, I walked away to look for another rickshaw. He saw I wasn’t bluffing and drove behind me with an, “ok, ok, 50”.

I hopped on and not even a minute after leaving the train station the driver looked back to me… “150 my friend.  I’m taking a longer route because some streets are closed and petrol is expensive.”

It’s true that some streets were closed for some political demonstrations and that petrol was expensive, but it did not serve as an excuse to triple the rate for the same route I took earlier during the day – under such same conditions.

“That is NOT my problem, you can take any route, but I’m ONLY paying you 50.”, I replied seriously.

He continued with the rate until I had it with him.

“It WILL BE 50 as we agreed, or you stop here NOW”, I said in an authoritative tone.

I grabbed my daypack and carefully jumped out of the autorickshaw while it was still in motion and walked away, looking back at his somewhat confused face. 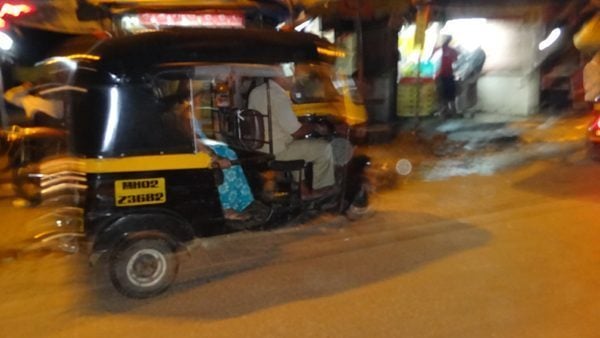 For a moment he stopped, and after a few seconds, he drove back behind me asking me to jump back in and saying that 50 would be ok.  I thought he finally understood I was serious and that I would not be bullied into paying more.  But now that I think about it, I think I was the one acting a bit bullish, not tolerating any more of the bullshit India had thrown at me for almost a month already.  India did push my buttons beyond my limits and made me lose my patience more than once, but that’s how India is.  She’s a bitch.

I again made sure he understood it was 50 or nothing.

The rest of the route was smooth until I arrived at my destination.

I handed him the 50 rupees and he looked at me like, where’s the rest of the money?

“Are you serious?! What part of only 50 rupees don’t you understand?”  I seriously could not believe it.

He came up with more excuses to raise the price, and none of them I accepted.

I handed him the 50 rupees countless times but we would not take them.

I said to him one last time to either take them or he would get nothing and I walk away.

I walked away without giving him the money.  He soon got off the rickshaw and followed me quickly.

I turn back to him.  “Please, take the money you earned and that’s it.”  But he would not take them… He wanted more. 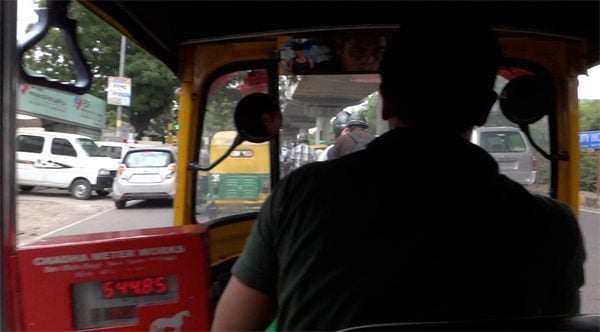 He looked for his rickshaw buddies who were standing by the corner of the street in hopes that they would have his back and defend him, or maybe to scare me.

One of them asked me what was the situation and I explained.  When he heard that the driver agreed on 50, they did nothing and walked away.

“For the last time, I’m telling you, take the 50, or you get NOTHING.” I was dead serious and he saw it.  But still, no reaction towards taking the money.

I walked away and again he followed me with his fist up as if to hit me from the back. I saw his sudden reaction since I made sure to walk away looking sideways so I could still see him through the corner of my eye.

When he got near me, almost to the point of hitting me, I turned around and yelled at him while pointing at his face, “IF YOU TOUCH ME WE ARE GOING TO HAVE A SERIOUS PROBLEM!!!!”

I had never spoken to anyone like that and with such strength and authority, ever!  (I guess by now you can tell how much India had pushed my buttons)

He froze for a second like if debating whether to hit me or not, and for a definite single last time I said calmly, “take the 50 or nothing.”

He finally took the 50 and walked away frustrated. I was not the skinny, short naive tourist he hoped he could manipulate and steal from.

I admit that at moments I felt scared of the situation and felt very vulnerable.  I’ve never been in a physical confrontation and I’m glad this time I didn’t get to one either.

While I now hate everything India thanks to situations like this (and many others in all colors and flavors available), India made me realize something.

The more vulnerable I am (in situations and environments like these), the more reactive and powerful I can be.

This is not my proudest moment in India, but I’m glad it happened this way.  I knew I could easily pay more for the ride, but the point was not paying more or less, but paying the fair amount and not letting anyone play with me like I’m a fool.  Honesty goes a long way.

At least I can say these hard moments in India gave me a life lesson.

Have you learned something from a situation like this during your travels?