I’ve been to Barcelona a few times in the last 10 years. And now that I think of it, Barcelona was one of the first major cities I ever visited in Europe (Madrid being the first), and it was probably the place that got me hooked on Europe.

So, what were the things that made me love this city? 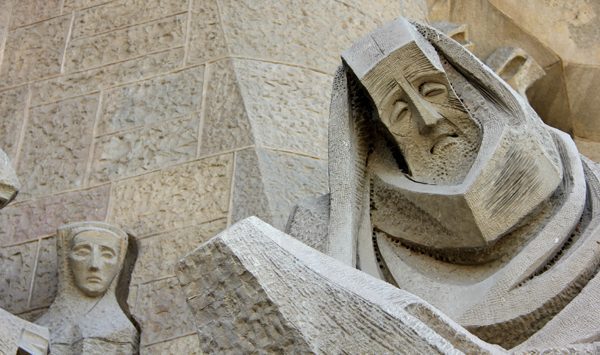 While I’m not a fan of sangria and paella, I am a fan of tapas!! From the hams, the artisanal cheeses, to the patatas bravas and the montaditos, I just love to eat, eat, eat in Barcelona (and Spain in general).

For a taste of Catalan cooking, there’s Cinc Sentits, among many other local restaurants and shops. There’s also La Boqueria, which is Europe’s biggest food market.

While super touristy and overpriced for a food market of this kind, it is still well worth a visit. Lots of fruits, vegetables, seafood, meats, and more. Great if you’re into cooking and trying your own Spanish dishes.

Not kidding, last year when I revisited I decided to stay in one of the best hostels in Barcelona close to La Rambla just so I could be close to La Boqueria.

If you don’t know how to cook those local dishes, check any Spanish food guide to learn new recipes! 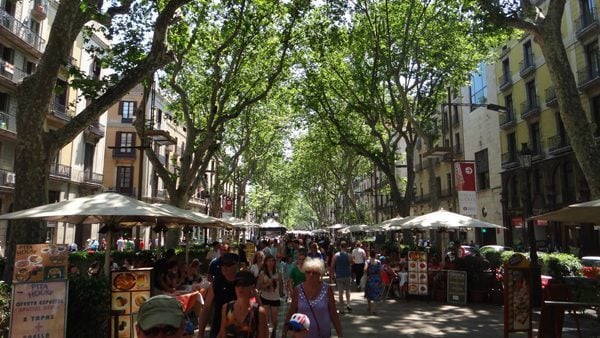 La Rambla is the most famous street and one of the most festive and food-rich places in Barcelona. With just a short walk, I could see dozens of street performers and lots of interesting architecture in a vibrant atmosphere.  Great for people watching!

Right by the Rambla is the Barri Gotic, which is Barcelona’s “old town” and its most famous district. For me, just walking its narrow alley and hunting for a few of Gaudi’s buildings and other interesting sights was more than good. There’s much more to do there, though.

On the other hand, there’s the Barcelona expansion; a contrast to the Barri Gotic with its regulated blocks of buildings spreading throughout the whole city.

This was a revolutionary urban idea back then when it was proposed, and today, it is one of the reasons why Barcelona is so nice and easy to explore.  I just love it!

It’s easy to spend a few days walking all over the city, admiring every detail and experience it offers, and still not get tired of it because you’ll end up wanting more!

Just think, Picasso! He remembered Barcelona as beautiful and bright, a city where he spent his early years.

I loved following the footsteps of Picasso’s youth; Strolling along the Calle Reina Cristina and then crossing over to 3 Carrer de la Mercè to see where his family lived (though the building no longer exists).

And of course, there is the Museu Picasso, a gallery that records Picasso’s formative years. I obviously bought a canvas replica of the Guernica that I still keep as one of my most precious souvenirs.

There’s also the Fundació Joan Miró, one of the greatest museums in the world and home to a collection of over 225 paintings, 150 sculptures and graphic pieces by the Spanish surrealist artist, along with a number of works by his contemporaries.

And, if you love Dalí, there’s a lot of his art to be seen here too. But, don’t miss going to the town of Figueres to see the Dalí museum – which is one of the best day trips from Barcelona.

Barcelona is FULL of incredible architecture. While I could give you a looooong list of great architects that have built here –Frank Ghery, Mies van der Rohe, Jean Nouvel, Herzog & De Meuron, and many more– I will concentrate on one… Antonio Gaudi.

Barcelona is synonymous with Gaudi, and vice-versa. In fact, some of the most remarkable places in Barcelona exist thanks to him. There’s no other city in the world where you will find buildings like La Pedrera, Palau Güell, Casa Milá, Casa Battló, Parc Güell, La Sagrada Familia, and more.

Back at the beginning of the 20th century, people and the city hated Gaudi’s architecture and even attempted to destroy it. Today, they love it! Talk about a man ahead of his time!

Walk the city to find all these interesting buildings. Just seeing them is quite an experience.

Another fun fact about Barcelona is that it was the first city to win a RIBA Royal Gold Medal for its architecture! 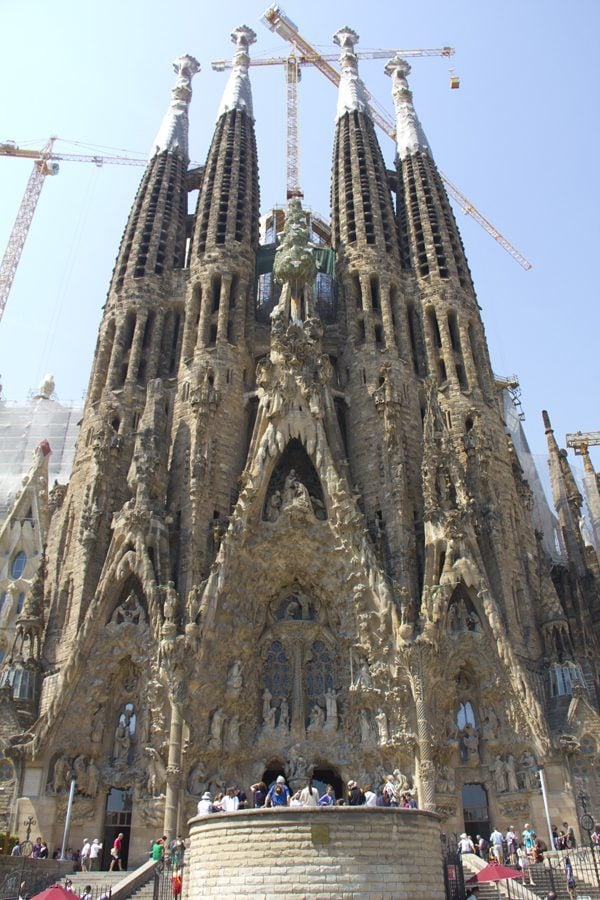 I know, I know… I already covered architecture and Gaudi, but the Sagrada Familia deserves a spot on its own.

The Sagrada Familia is breathtaking and grotesque at the same time. It is hard to imagine, yet when you see it, it all makes sense. The natural blend well with the abstract and the organic mixes perfectly with the geometric.

It is a work of art that is still under construction. It is an inspiring building that goes beyond religion and faith. It is Gaudi’s masterpiece.

If there’s one place you should not miss in Barcelona, it is the Sagrada Familia.