It was a regular sunny day in Fes.  I had spent hours walking all around the medina and the newer areas of the city.  After a late lunch, I was ready to head back to the hotel – which was about an hour walk from where I was. 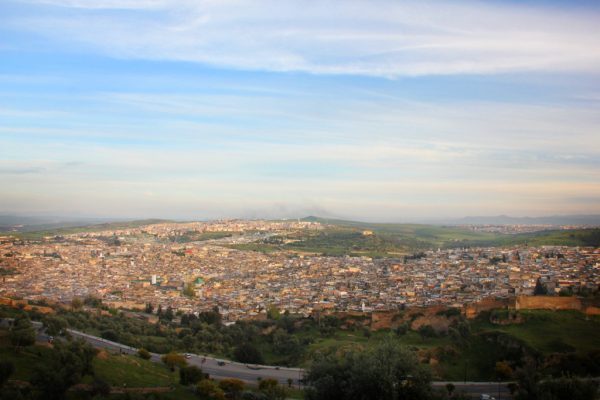 On the way back I decided to walk along one of the big avenues to change the scenery from the sights I saw earlier.  After a few minutes walking, I saw ahead one of the many gates that are typical in Morocco.

From the look, this one did not seem to be historical or related to the medina at all, so I didn’t pay much attention to it.  Besides, there are so many of them that at some point you just ignore most of them.

Nothing seemed to be dangerous at the moment.  It was about 4:30 pm on a sunny day; I was walking on a well transited open avenue and there were small kids playing around in a park nearby.  As I passed through the gate, one guy walked in the opposite direction, lifted his arm sideways and wrapped it around my neck.

It took me like two seconds to realize what was happening.  I was about to get mugged.  As he wrapped his arm around my neck, he started pushing me back and sideways toward a corner of the gate.   As he cornered me, two more guys appeared and immediately pointed their knives toward my face. 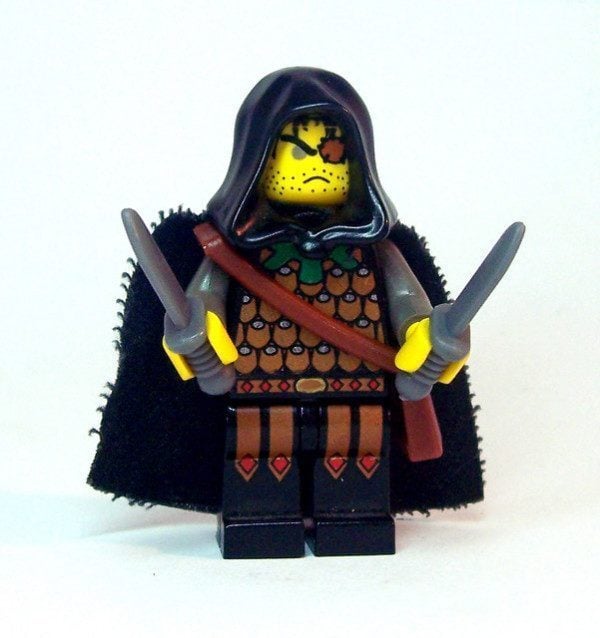 I got really scared at that point.  Never in my life, I had been in a situation like this.  I have been robbed before on this RTW trip, but it was only a pickpocketed iPod when I was in Giza, and then another random steal of my iPhone in Milan.  Never with violence.

This one was violent already, and it was about to get even more violent.  While one guy held me by the neck, one pointed his knife towards my face, and the other searched me to find stuff to steal.

Bingo!  He found my iPhone in my pocket and I had my DSLR camera hanging across my chest.

As soon as he found the iPhone, the only thing that went through my head was, “not again!”.  He got the iPhone out of my pocket, and as he took it out, an infuriating rage ran through my body.  A million things went through my mind in a matter of one or two seconds.

“Do I attack back?  Will they stab me?  No, I don’t think they will stab me.  Their threat didn’t seem that menacing or else they would have gotten their knives much closer to my face or done something already.  What to do? What to do?!!!”

I looked at the one knife pointed at me at that moment (the blade was maybe 4″ long) and at the hand of the other guy stealing my phone and moving towards to steal my DSLR.

“Not happening!”, I thought.  Immediately I grabbed the guy’s hand to try to get my phone and camera back.

A very risky move.  They were armed, I was not.  (Maybe I’ve been watching too many action movies)

We started fighting, and that’s when a 4th guy came to make things worse for me.  The whole time I had one guy holding me by the neck while two of them punched me in the head and face.

In the meantime, the fourth guy tried to make a run with my stuff.  I threw a few punches with my left hand while pushing one of the guys with my right arm.  My mission was to prevent the guy from running away with my stuff.

I had never been in a fight before.  This was a rush I had never experienced.  While I punched every now and then, my focus was on moving and shaking as much as I could to release myself from the guy holding me to be able to tackle the guy with my stuff.

I managed to release myself temporarily and grabbed the guy; just at the second he was about to run away. I don’t know how, but I had enough strength to stop him and brought him closer to me so I could get my stuff.

After some struggle and punches, I managed to grab the camera back, but the iPhone was a much harder task since he had it well guarded in his fist. Still, I kept launching myself against him and fought as hard as I could, while the other three kept beating me.

Then, I felt a sharp blow on the back of my head.  The rush didn’t help me realize it at the moment, but I had just been hit with the rear bolster (butt) of a knife. 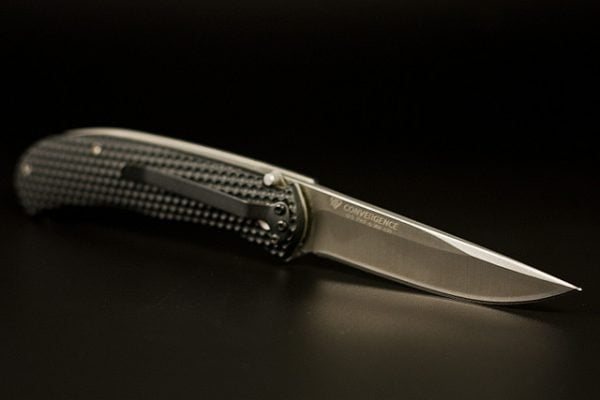 I didn’t feel any pain.  I felt the pressure of the punches on my face and head, but no pain.

I don’t know how long the fight lasted. Maybe a few seconds or a few minutes. To me, it all went so fast and slow at the same time. Moments were completely blurred while others I can still picture clearly.

Eventually, the 4 vs. 1 fight got the best of me and they managed to get away with the phone.  Still, I was in such rage that I ran after them while continuously screaming, “Help!”,  to see if someone would help me.  No one noticed, except for a few kids by the park.

The phone was lost.  Sigh…

I stopped running, breathed deeply, and calmed myself the best I could. All I could do was walk back to the hotel. A few minutes passed and the adrenaline rush started to fade. That’s when the pain crept its way towards my head and face.

The most intense pain was in the back of my head, where I was hit the hardest with the butt of the knife. I passed my hand to feel the area. It felt wet. I looked at my hand only to see it covered in blood. I was cut and bleeding considerably. (luckily I didn’t need stitches)

I walked by one of the cars parked on the street to look at my face through the side mirror. Not too bad. Just a few small bruises and scratches: one on the neck, one close to the left eye and another in the right eye, one on my upper lip, and some small bruises on my upper arms.

Well, this was just one more experience to my list of experiences gained during my RTW.

Lesson learned? While I did fight, I have to admit that I was very lucky they didn’t stab me, and looking back at it now I don’t think I would have fought and taken the risk.

Things like this can happen at any time, anywhere in the world, so you always have to mind your surroundings – even when they open and “safe” as in this case. Just got to keep learning.

Getting robbed at knifepoint… CHECK!

Images 3 and 4 from Flickr’s Creative Commons.