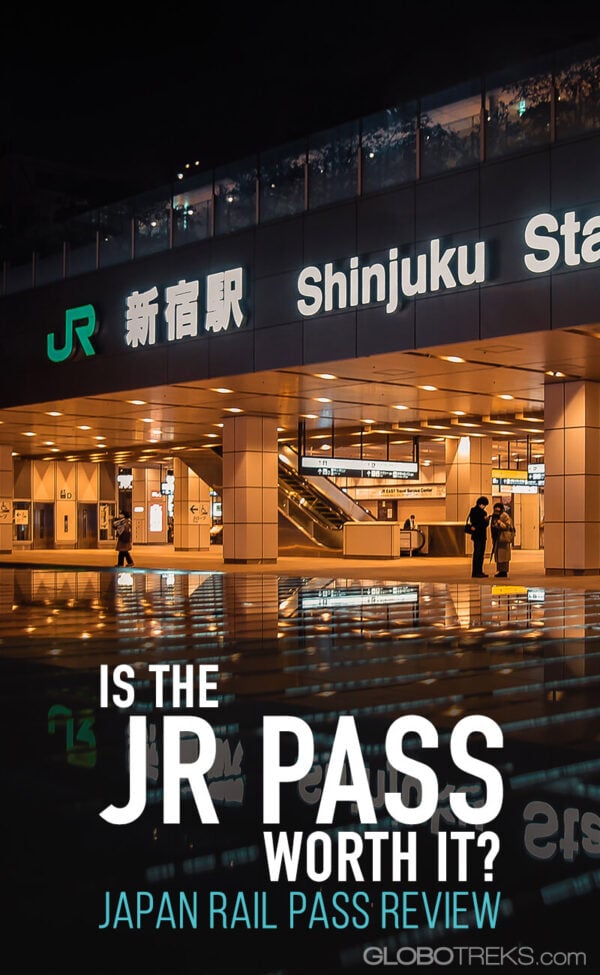 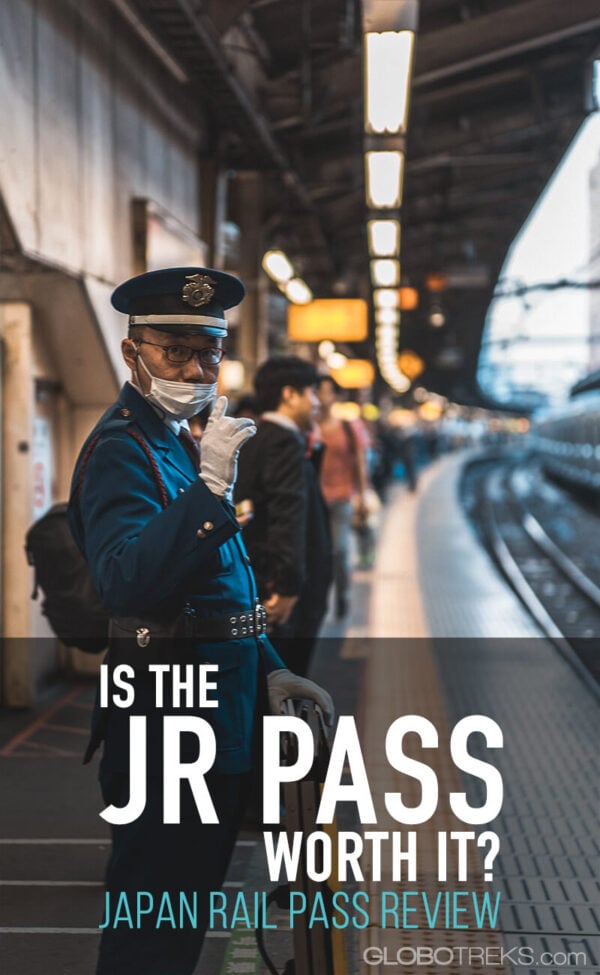 With one of the greatest railway networks in the world, it’s no wonder why most people in Japan travel by train. However, with no advance-purchase prices, these trains are quite costly.

When in Rome, do as the Romans do. When in Japan, do as the Japanese do and take the train, especially if you are considering any inter-city or long-distance travel.

Even though trains are expensive, they are still the cheapest mode of travel.

Now that you know the secret to getting around in Japan, let’s get back to the question at hand. Is the Japan rail pass worth it? Let’s find out.

A Short History on Trains in Japan

In short, the Japanese have always had a good relationship with trains. Japan found itself in a unique situation because the country lacks the fossil fuel reserves of other countries and relies heavily on imports.

The government, therefore, promoted trains as an efficient mode of transport since the late 19th century.

At the end of the Second World War, the railway lines of Japan were pretty war-torn. A total rebuild of the nation’s network was then spearheaded by a state-owned company called Japanese National Railways.

This national train system was privatized in the late 80s and became Japan Railways Group, locally known as JR Group. They are at the core of railways in Japan and own approximately 65% of the railway lines in the country.

There are other railway operators in Japan. There are 16 major railway companies and lots of smaller businesses that are spread out across the country.

The government went a step further and gave railway companies the right to diversify into property and land development for the areas around their track networks. This meant that they could essentially sculpt the surroundings to be train-friendly.

Buildings, sidewalks, bicycle lanes, and roads were all built with the surrounding train tracks in mind.

This is probably the reason why Japanese cities look so chaotic with all the different moving parts, but they blend so seamlessly that it works.

Is Japan Rail Pass Worth It For Tourists?

According to the company that sells these JR passes, yes it is totally worth the buy. But we are sure that you would like to hear from someone who isn’t trying to take your money. So, let’s start by weighing up the pros and cons.

For starters, this pass is only available to people who are not residents of Japan. You have to prove that you are a resident of another country by sending a copy of your passport.

Make sure that you carry your passport with you when you travel with your pass because it will be checked (perhaps worth investing in a travel wallet).

If you are traveling long distances (more than 100kms) or wish to visit multiple cities in one day, then this pass definitely works out cheaper than standard train tickets.

Another perk of using the JR pass is that it includes rides on the Shinkansen, also known as the bullet train.

The average bullet train ticket cost is more than 100 USD, while the pass only costs 300 USD, and you can ride as many trains as you want on the days that you use it.

Moreover, you are also able to use the pass for multiple transport operations owned by the JR group. This pass includes access to these services offered by the JR Group:

Of course, life isn’t all sunshine and rainbows and the same goes for this pass. The Japan Rail Pass costs upwards of 300 USD.

This is quite a large investment for a tourist to make since most people prefer to travel around Japan on a budget.

The biggest downside of this product is that you are never guaranteed a seat on a train. However, if you are traveling outside of peak times, you can probably get away with an empty cart or a few empty seats.

As you know, this pass is for JR Group trains and they are by far the largest operator, but not the only one.

If your train passes through another company’s railway system on your trip, you will need to pay an extra fee for the non-JR part of the ride.

Some of the specific exclusions from the train pass are as follows:

What Are the JR Pass Price Options?

There are six different pricing options for the JR rail pass. Firstly, this product is split into Green Pass or Ordinary Pass.

Once you choose whether you want the green or ordinary pass, the number of days that the pass is valid for and your age will determine the price.

There are 7-day, 14-day and 21-day passes available and the price changes depending on if you are an adult or a child (ages 6-11).

Children under 6 may travel for free with an accompanying adult who has a JR pass. There are no options for senior citizens.

The pass prices are subject to change, and it is better to check what the Japan train pass costs closer to the time of your travel. You can view the pass price here.

Is the JR Pass Worth It? – Final Comments

Japan is a beautiful country with a rich history of train use. The locals love this mode of transport and as a tourist, so should you.

The Japan tourist rail pass is a great way to see the country on a budget. It saves you a lot of money when you are traveling between cities or going on long-distance journeys.

You also save money on bullet train rides which are an experience in itself.

There are many different price options for the pass as you can tailor your trip. This is definitely a recommended tool for visiting Japan.

Essential Info: Logistical Tips and Tricks to Book your Trip to Japan

BOOK YOUR FLIGHT
Find a cheap flight by using Skyscanner or Kayak. These are two of the sites I use the most due to their exhaustive search on several websites and airlines around the world. They usually bring the cheapest fares.

BOOK YOUR ACCOMMODATION
If you’re looking to save money by staying at a hostel, HostelWorld has the largest inventory of hostels. On the other hand, Airbnb offers a wide variety of rooms and apartments at affordable prices. (Get $40 off your first Airbnb booking with this link.)

DON’T FORGET YOUR TRAVEL INSURANCE
Travel insurance with comprehensive coverage will protect you against unexpected events like theft, cancellations, injury, and illness. I use World Nomads and highly recommend it.

FIND THE BEST TOURS AT THE BEST PRICES
If you’re looking for the best day-tours and cheapest ticket entrances to local attractions, I recommend checking Viator, as they have the largest selection of attractions, passes, and activities all around the world.

BOOK YOUR LOCAL TRANSPORTATION AHEAD OF TIME
Bookaway offers the easiest and most accessible way to book overland transportation with local operators; be it by bus, train, ferry, plane, mini-van, or even private transfers.

OTHER TRAVEL AND MONEY-SAVING TIPS?
Lastly, check out my resources page for some of the best products and companies to use for your trip. If you like saving money (like I do!), then this page will help.