Ravenna, Italy might be well known for its mosaics, but did you know that it is also where Dante’s mausoleum is located?

Outside the mosaics and Dante’s mausoleum, not many people know about Ravenna, but the truth is that this off-the-radar city is one of the best places to visit in Italy.

While I enjoyed watching many of the buildings, churches, and mosaics in Ravenna; Dante’s tomb was the one that caught my attention the most. Although Dante was born in Florence and loved dearly that city, he spent the last years of his life in Ravenna after being exiled from Florence.  It was in Ravenna, during those last years, where he wrote The Divine Comedy. 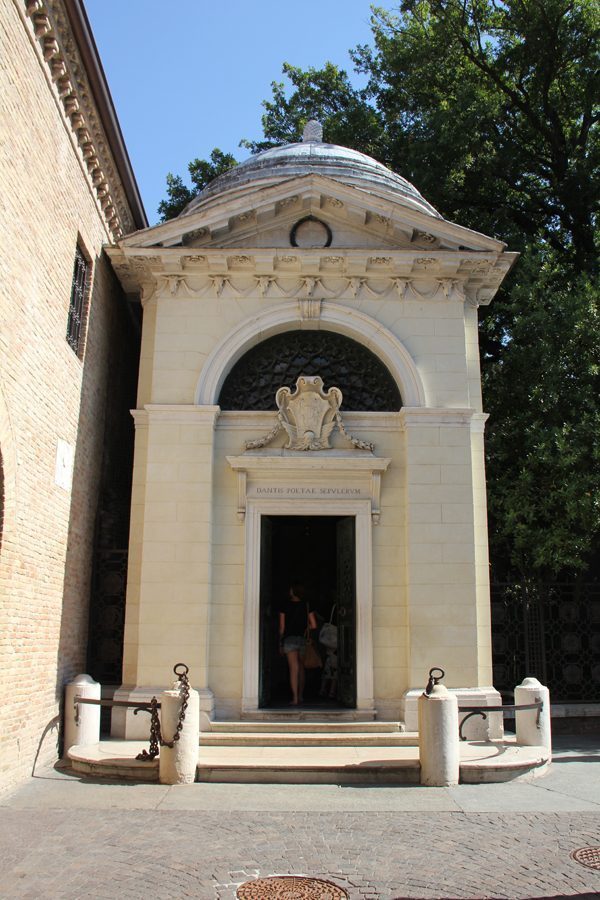 The mausoleum is quite small, but it is well worth seeing since it is a small piece of art, and of course, Dante Alighieri is considered to be one of the major Italian poets of the Middle Ages, and probably of all times. 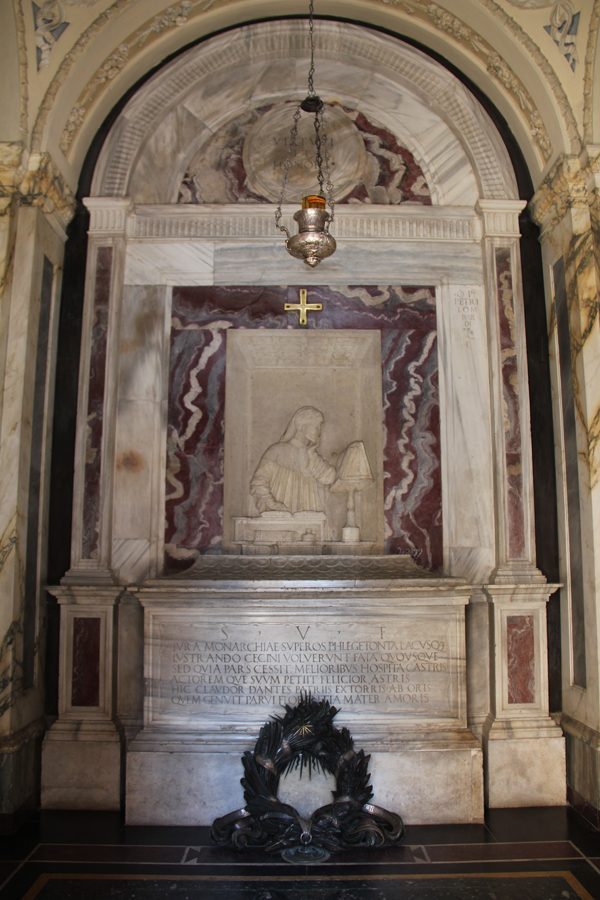 On the outside, you will be able to identify it by the inscription that says, “Dante Poetae Sepulcrum”.  Inside the mausoleum, you will see a burning candle hanging from the ceiling.  As an interesting fact, the city of Florence supplies the oil from the lamps that burn in the tomb, as a penance for exiling Dante.  On the rear wall, you will see a well-decorated pedestal with two columns and an arch, all framing the marble bas-relief of Dante. 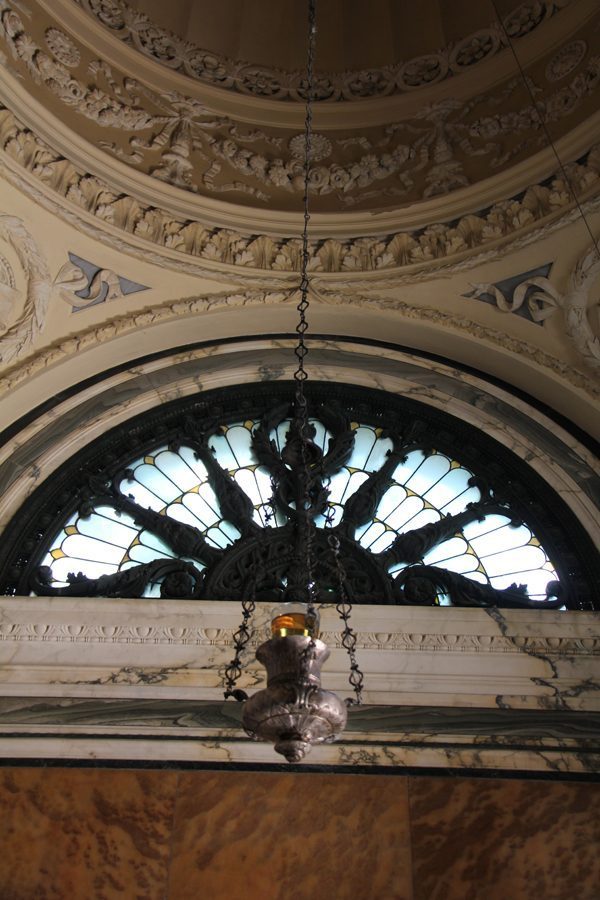 As mentioned before, the space might be small, but what it lacks in space it supplies in details.  From the ornaments and bas-relief at the base of the dome and pendentives to the mosaics on the floor, and the contrasts of colored marbles, this mausoleum deserves more than a few minutes of admiration. 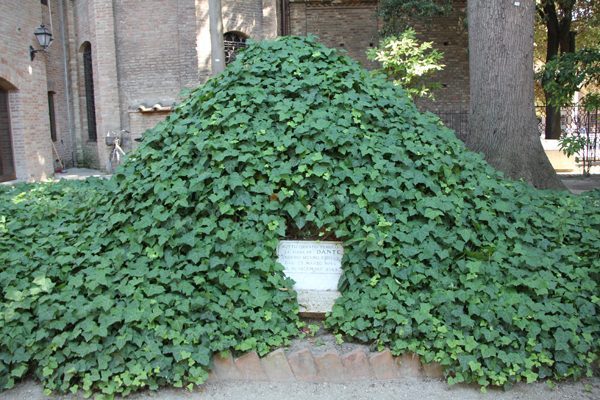 Right next to the mausoleum you will also find a mound of earth.  From March 1944 to December 1945, Dante’s urn was buried here because it was feared that his tomb would suffer from the bombings of World War II.  Luckily, it didn’t happen.