I’ve always wondered how women in the Middle East go on with their life.

Especially, how are they as independent women?

From a westerner’s perspective, I’ve had the impression that some Middle Eastern women live under the “power” of their husband or a male figure. In many occasions, they live under fear, sheltered in the idea that to deny their husband and their word is to deny their social tradition and religion. That is to be forbidden. In occasions (in conservative families), even the woman’s family would turn their back on them if she “rebels” against her husband.

I know this is not the absolute picture of a Middle Eastern woman, but it is a scene that can be seen in many Arab countries, especially the most conservative ones. But, at the same time, I can tell you that picture is not 100% true.

Do women have a voice and control of their life in these countries? Yes, they do, but the gradient of how much control they have varies greatly, and on many occasions, taking that self-control route is not always easy. But, many Middle Eastern women have shattered this notion we have in our western culture that they are the “weaker” figure – and here I’ll share one of those stories.

Part of my intention of sharing stories during my Round the World is to not only share my perspective on the world but to also share the stories of people I meet and feel inspired by.

Recently I had a conversation with a Middle Eastern woman and was so inspired by her that I asked her if I could share her story. 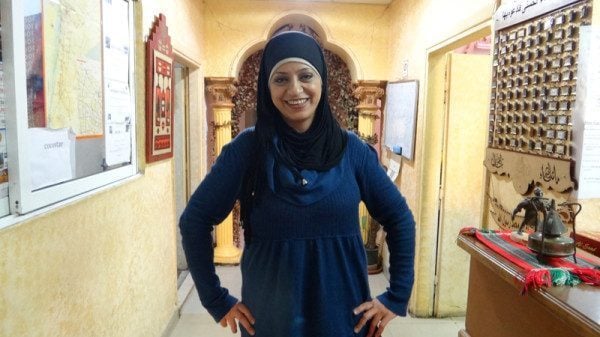 Nijmah didn’t use to be the social and outgoing woman she is today. She says she used to be very shy and naïve because she had almost no contact with the world outside the 4 walls of her home in Amman, Jordan.

She was married to her husband for 13 years when he suddenly decided to marry another woman while still being married to Nijmah. For some time, both women shared the same room, until it started to create problems between the two. One thing to know is that during their marriage, Nijmah’s husband didn’t allow her to go out of the house or look through the window without his approval (this is not an uncommon practice by some Muslim husbands).

One day, Nijmah decided to leave her husband, taking their daughters with her. For two years she struggled to support herself and her daughters. She received limited help from her brothers and her sister who gave her a small space to live on top of her house.

Nijmah reached the point where she could no longer bring bread home, the only thing she could afford, and her sister could not support her anymore with the $50 JOD (Jordanian Dinars – around $70) per month she was giving. At that point, she made the hard decision to go back to her husband.

Once back, and in no time, her husband kicked her out of the house but kept the children. On her own, Nijmah found a small place with barely a roof. Anytime it rained, it poured into the room. 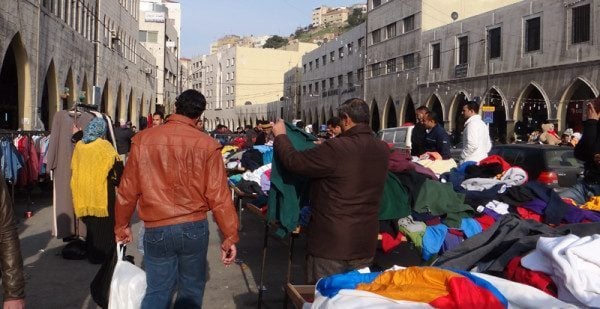 She started selling perfumes on the streets to make her living, and when she made enough spare money, she bought a TV (very small TV) for $20 JOD ($28).  The purpose of the TV?  To sit down to watch TV after her very long days on the street, just to learn English. Eventually, she started working as a receptionist at a hotel that was not doing well at the time – receiving a salary of $150 JOD ($210) per month. With her charms and personality, she brought the place to life and turned the hotel into the number one hotel in Jordan.

She wanted to move up the ladder and after a few years, she asked for a raise/position. It was denied. At that moment she took another gamble in life by quitting her stable job. She wanted to have a better control of her future and her professional life.  Soon after, Nijmah started her own small business of sewing and selling clothes. Every month, she hid $50 JOD ($70) of the money earned and saved it for bigger plans in the future… being a hotel owner.

After a few years, she rented an old building for $2,500 JOD ($3500) to turn it into a hotel – Abbasi Palace Hotel. She had no customers, no furniture, nothing. By in shaa’Allah, God’s will –as she likes to say– she was contacted by a tour operator who had a group of 100 tourists at the border and was about to arrive in Amman. They would pay $3,000 JOD ($4200) to stay in her hotel (which still had nothing in it). She took the risk of saying yes, and in the time it took the tourists to reach from the border to Amman, she did the most she could to buy beds, furniture, lamps, and everything necessary to fit the hotel. It turned out to be a good gamble, after all. 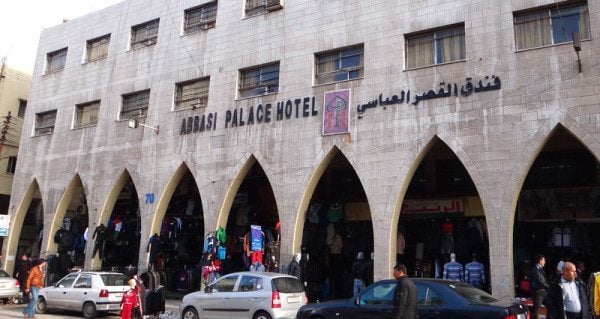 Eventually, the same operator contacted her with another group of 100 tourists, and with that group’s money she bought more furniture for the public areas and kept revamping the building.

At the time she couldn’t hire anyone, so she was doing everything, from housekeeping to cooking, to reservations, everything! As time passed, her business became a stable venture and she began to hire people to run the place like a proper hotel. She is now a hotel owner, and soon to be the proud owner of a second hotel – right in front of the Roman Amphitheatre. (

During my stay at the Abbasi Palace Hotel, I received the warmest welcoming I’ve ever had with hot tea and with a “welcome home” greeting – showing Nijmah’s charming character towards guests. The hotel might offer basic (yet good) budget accommodations that range between private and shared rooms, but it shines with the warm treatment of the staff towards the guests, and vice-versa.

You can always see Nijmah around the gathering area and smoking area socializing with people and making sure everything is ok. She’s attentive enough to dedicate time to chat with you, socialize, and make you feel more at home. You can see her genuine passion for life when you speak with her. 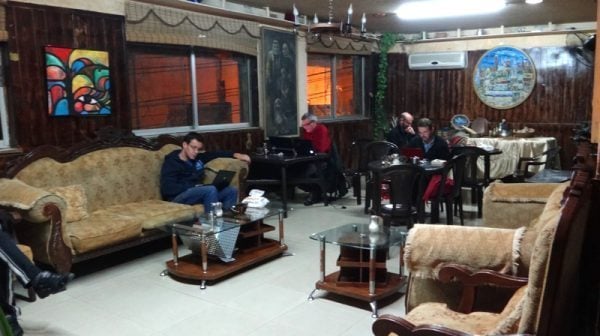 The hotel has an interesting yet good visual character. You can see and feel the stitched history of how this hotel was put together when you hang around in the common areas; looking at the traditional Jordanian decoration, the furniture, the art, and more. The evolving combination of elements gives the place an inviting cozy environment.

The hotel is well located in Quraish Street in the center of Downtown Amman, just a 5-minute walk from the Roman Amphitheatre and The Citadel (the two biggest landmarks in Downtown Amman) and close to many local shops and restaurants – like Rainbow Street!

I also found interesting that Nijmah, being an orphan herself, donates the tips received at the hotel towards the orphans in Amman. She also dedicates her time to teach them and to help them improve their lives and have a passion for it. Who better than her?

Nijmah showed me how anyone can do anything in life if they work really hard for it and have the passion to achieve it.

Even if you start low and see many obstacles ahead, there is hope if you decide to take control of your life by choosing what you really want and by fighting for it.

For me, Nijmah is a role model, not only for Middle Eastern women, but for everyone.