December 21, 2012, is such a mystical subject that has exponentially grown in the public mind during the past few years, especially since we are getting close to the notorious date when the world is supposed to end.

While almost everyone agrees that 12-21-2012 is the date we must save to witness “something” special, different theories differ on what will actually happen.

The Mayas are accredited to being the prophets of this doomsday through their famous Long Count Calendar, and recently, other “prophets” have linked intrinsically their own apocalyptic theories with the Maya Calendar as a way to foretell the end of the world.

But, are they truly related? And, did the Mayas predict such things? 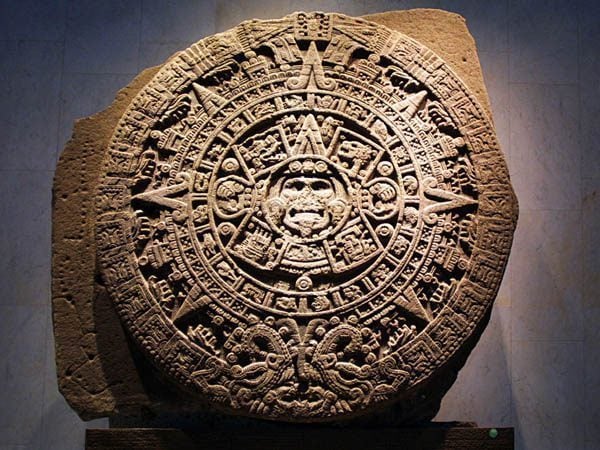 There are various schools of thought on how 12-21-2012 will come and go.  These are their “predictions”, and how they are truly linked to the Mayas:

This might be the most speculative group.  Why?  It is mostly based on the “voices” of ethereal beings heard via certain gifted persons.

According to Rosario Panti, the “last” Maya Shaman in Belize, on December 21, 2012 “5 eclipses will happen in one day”, “earthquakes will destroy cities”, and “all technology will stop working”.

She also makes a connection between the Mayas and aliens, with the possibility of them coming to earth in 2012.

New Age Philosophers state that December 21st will be the day on which the “inner cosmos is reconnected to the divine outer cosmos”. The Sun will mount a unique position to form a gateway between the Universe and the souls of every living creature on Earth.

Our linear conception of time will crumble, and with it, fear and hatred will vanish. It will be a period of transformation and purification as we’ll be in the Age of Aquarius and will be “soaked in cosmic understanding and divine love”.

Relationship with the Mayas: While the Mayas had a highly developed philosophy of the cosmos –they saw the cosmos as the true mother of things that is all around us and within us (every plant, every animal, every man is sheer Cosmos)– they never referenced the cosmos to any drastically transformative event like this.

It is hard to grasp the idea that humanity will be at its most decadent expression one day, and the next day it will be summer of love for everyone.

Also, according to NASA, there is no evidence of an eclipse on 12-21-2012, much less five eclipses in one day. But, let’s leave this open, as we don’t truly know if some ethereal beings are indeed talking.

These ones seem to love challenging the New Agers in doomsday-creativeness.  Many theories include a planetary alignment, a reversal of earth’s magnetic field, and solar storms, among others – all bringing destruction on Earth, and baseless in their majority.

In 1995, John Major Jenkins, an American author, and independent researcher came up with an interesting astronomical doom theory in his Maya Cosmogenesis 2012 book. According to Jenkins, the winter solstice and the centerline of the Galaxy will line up exactly on December 21.

He also argues that this motivated the Maya to end the calendar on that date, saying that there will be “a tremendous transformation and opportunity for spiritual growth, a transition from one world age to another.”

So, what is this “Galactic Alignment”? It’s when the “Dark Rift”, a cluster of dust clouds that appear to our eyes to bisect the Milky Way Galaxy in a starless line, aligns itself precisely with the sun.

According to the Mayas, the Dark Rift is the cosmic womb: the place of death, transformation, regeneration, and rebirth.

José Argüelles, an artist and historian, linked in his 1987 book, The Mayan Factor: Path Beyond Technology, the 13-b’aktun period with an impalpable “beam of life” (that links people, the planet, the Sun, and the center of the Galaxy) emanating from the center of the Milky Way Galaxy.

According to Argüelles, the Maya knew when we’ll enter this beam and when we would leave it, and set their 13-b’aktun cycle to mark our passage through it.

Apparently, this event brings some form of destruction and regeneration on earth once every 28,500 years.  How many times has this world been destroyed in its over 3.8 billion years of existence?

Relationship with the Mayas: There is no planet alignment or other scientifically measured astronomical doom impending on Earth in 2012, yet advocates of doom connect these groundless claims with the Mayas (who were excellent astronomers and many of their prediction’s accuracy were based on their stargazing knowledge).

While the “Galactic Alignment” does indeed occurs, the alignment takes place over a period of 36 years and allegedly the most precise alignment occurred around 1998.

In fact, due to the arbitrary definition of the galactic equator, astronomers cannot pinpoint such a “galactic alignment” to within a year, much less a day. Neither Maya tradition nor modern astronomy support a belief in any galactic “beam of life,” as Argüelles suggested.

There has been no shortage of doomsday prophets in every major civilization.  “The sky will fall! The earth will shake and continents will sink!  The earth will explode and everything will become… nothing!”

Many have said such things as if reading the script of a blockbuster movie about the Armageddon, pointing the Maya Calendar as marking the end of the world with the end of its count.

Relationship with the Mayas: The Mayan Calendar does not give a doomsday prophecy comparable to those of the legendary French prophet Michel De Nostredame or the various indigenous cultures’ prophecies about 2012 that are based on their own mystical traditions.

The Mayas were not prophets (in general as a civilization) but excellent predictors.  Their major system of plotting future events was not reliant upon prophets but on scientific and exploratory observations of cyclical events that allowed them to predict events in the future.

Judgment Day… We’ve heard the preachers in subways, street corners, and whatnot. Many religions, not just Christianity, speak about the day their savior or god will come down to earth and rapture everyone, or at least the chosen ones – marking the end of time.

Relationship with the Mayas: How is this related to the Mayas?  In reality, there’s not much relationship between them except for the wrongfully made marriage between the un-dated biblical Armageddon in the Abrahamist religions and the Maya calendar – pointing 2012 as the chosen date for the rapture. 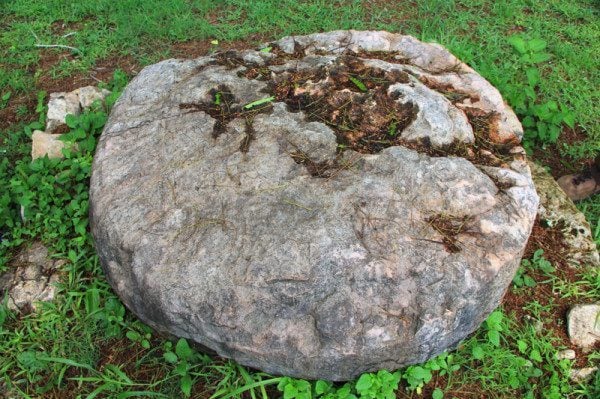 According to the many archeologists and other scholars who are dedicated to studying and deciphering the overall Maya civilization, there is only one piece of evidence in the ancient Maya texts that slightly mentions 2012 as the end of the 13-b’aktun great cycle –found in an inscription in Monument 6 in the Maya city of Tortuguero in Mexico.

Nonetheless, Dr. Joe Awe, a Belizean archeologist, references an image in the Dresden Codex –one of the last remaining Maya codexes– where there is a snake spitting water from its mouth.

“Maybe it could mean that the world could be ‘destroyed’ by water?”, said Dr. Joe Awe as a possible interpretation of the codex image while referencing the astrological change from Pisces to Aquarius and current events like the polar caps melting.

Dr. Jaime Awe, Director of the Institute of Archeologist of Belize, said 2012 will be “the end of a cycle no different than the end of a millennium”, as he continued, “If the Maya civilization persisted, there would have been great celebrations, rituals, sacrifices, and bloodletting”.

All those acts are positive since the Mayas didn’t believe in death; they believed in the afterlife and being sacrificed was a major honor.

Relationship with the Mayas: While archaeologists and fact-based scholars are willing to admit that “something” could happen during 2012 –like some sort of weather shift like gradual global warming or unspecific natural phenomena– they do not have solid facts that support their hypothesis.

As long as this is the case, most of them are comfortable saying that “nothing physical will happen in 2012”, as Dr. Jaime Awe stated. 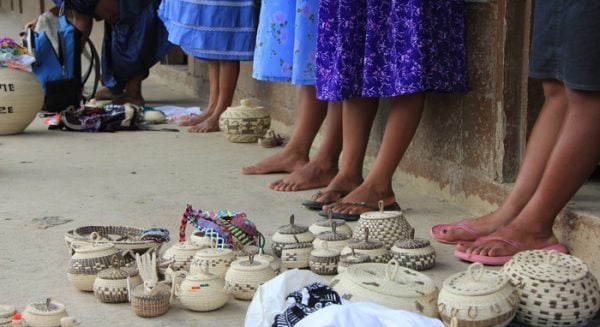 And last but not least, the Mayas.  After all, weren’t they the ones who came with the concept in the first place?  Well, not really.

The Mayas came up with the Long Count Calendar and it does indeed ends the 13th b’aktun on December 21st, 2012, but that’s just the end of a cycle and the beginning of a new one, not much different than the coming of a new millennium after the other in the Gregorian calendar (Remember Y2K?). In no way, the Maya say the world will “end” when the 13th b’aktun ends.

In fact, there’s evidence in their texts of dates referenced many b’aktuns beyond the 13th b’aktun, to dates around 4,000 CE.

This is actually a “non-event” for them, but we’ve taken it out of proportion with misinterpretations and assumptions. The Mayas didn’t believe in endings, as time for them was non-linear.  Instead, it was cyclical and repetitive.

Most modern-day Mayas say the day will come and go with no big consequences, and definitely no big catastrophe. They don’t make a big deal of 2012 except for the fact that they will celebrate and give thanks to nature and the universe for the end of an era and the beginning of another.

What awaits us in 2012 is basically an open question. And as with so many open questions, it’s hard to give a definitive answer.

But what we can say is that there is no evidence that the Mayas saw the calendar as the marker of the end of the world or that the world will experience either transcendence or catastrophe on December 21, 2012.

If the Mayas believed life continues beyond 2012, why can’t we?