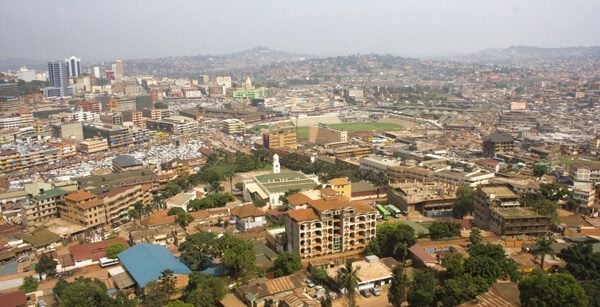 It is said that Kampala was built on seven hills.  Somewhat true, but not completely accurate.  While the city of Kampala, Uganda was built on many more hills, there are 7 hills that do have a big prominence in the development of the city, and that today house some of the most important sights in Bugandan history.

The hills can be easily hopped on foot or by taking the very cheap matatus (public buses) or the crazy boda bodas (moto taxis).  Public transportation in Kampala is nothing short of crazy and fun!

So, this is what you’ll see when you go hill hopping in Kampala: (hey, we do island hopping, so why not hill hopping too?) 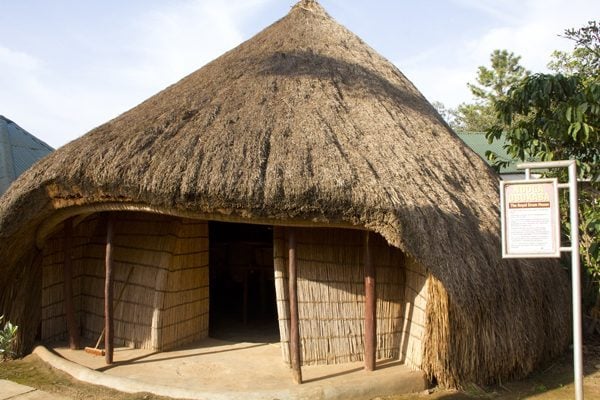 The tombs, originally built in 1881, are made out of straw thatched buildings with a conical shape, like a mountain.  Unfortunately, in 2010, a fire destroyed the main building in the complex, Muzibu Azaala Mpanga, where the four Kabakas are buried – no Kabakas were “harmed” by the fire.  It is currently under reconstruction.  Still, you can see great samples of the traditional Bugandan burial through the smaller, yet equal in construction style, buildings.

This is where the present Lubiri (Kabaka’s Palace) is located.  You can take a tour of the grounds and get to know about the history, but at the moment, the interiors are closed for the public.

The original Lubiri was destroyed in the May 1966 Battle of Mengo Hill.  Today’s building has a “westernized” architectural style with an Islamic touch.

This hill is very “political” since it also houses the Lukiiko (Bugand’s Parliament) and the Buganda Court of Justice. 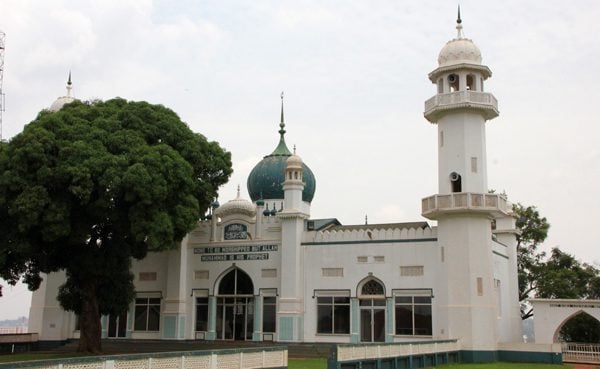 This is home to the Kibuli Mosque – one of the prominent religious buildings in Kampala.  It is interesting to note that Islam was brought to Uganda before Christianity, for this reason, it is very common to see mosques all around the city. 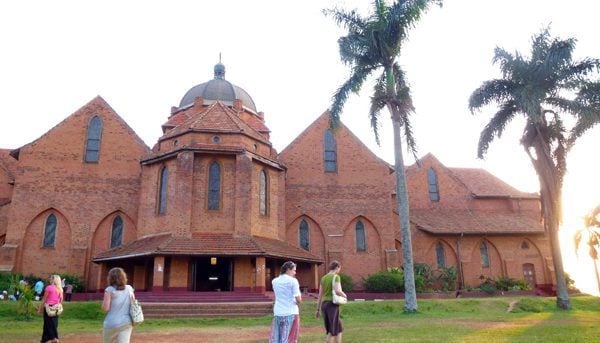 Home to the Namirembe Anglican Cathedral.  This is Uganda’s oldest cathedral and it housed the first Protestants to arrive in the country – around 1890.

The brick red cathedral, also known as St. Paul’s Cathedral, is visible from much of Kampala, sticking out thanks to its impressive dome.

The church houses the remains of the first African Catholic Bishop and the first African Archbishop of Kampala Diocese, Joseph Kiwanuka. The cathedral was run down in the years past, but was restored prior to the visit of John Paul II during his visit to Uganda.

Of all the hills, this is the only one without a prominent single building.  Though, it is considered a landmark hill that houses a Cathedral, schools, and St. Francis Hospital Nsambya – a faith based non-profit hospital founded by the Little Sisters of St. Francis in 1903. 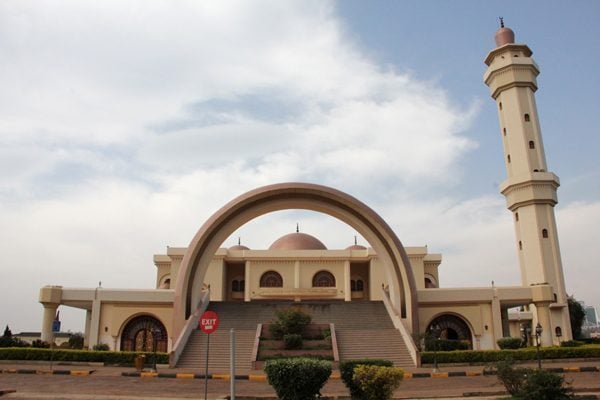 Last but not least there is Kampala Hill (also known as Old Kampala) – meaning “the hill of the impala”.

The imposing Gadaffi National Mosque is located in this hill. Idi Amin (the military dictator and third President of Uganda) began the construction of the mosque, but it was finished in 2008 with the funding of Colonel Muammar Gadaffi (hence its name).

This is the biggest mosque in Uganda, and t is said to be one of the biggest in East Africa – accommodating up to 50,000 people.

The prayer halls have some of the most detailed designs and most beautiful carpets you will find in an East Africa mosque.

The original plan called for a taller minaret that could be visible from all Kampala, but during construction, the pillar began to lean (like the leaning tower of Pisa), and had to be rebuilt at a smaller scale (53m tall).

Still, when you tour the Mosque, you can go up to the top of the minaret and have an impressive view of all Kampala (first picture in post).