There is so much to do and see in Puerto Rico that can easily overwhelm any traveler visiting the island for the first time.

Here are some simple tips that can help you plan your tropical adventure in a successful way.

Puerto Rico’s current political status might be confusing to many. It is a U.S. territory, but it is not a state. Spanish is its official language, but English is widely spoken (especially in tourist areas). Like in any U.S. territory, the dollar is the currency.

If you are a U.S. Citizen, you don’t need your passport to go to Puerto Rico, unless your visit is the starting point of a cruise vacation. 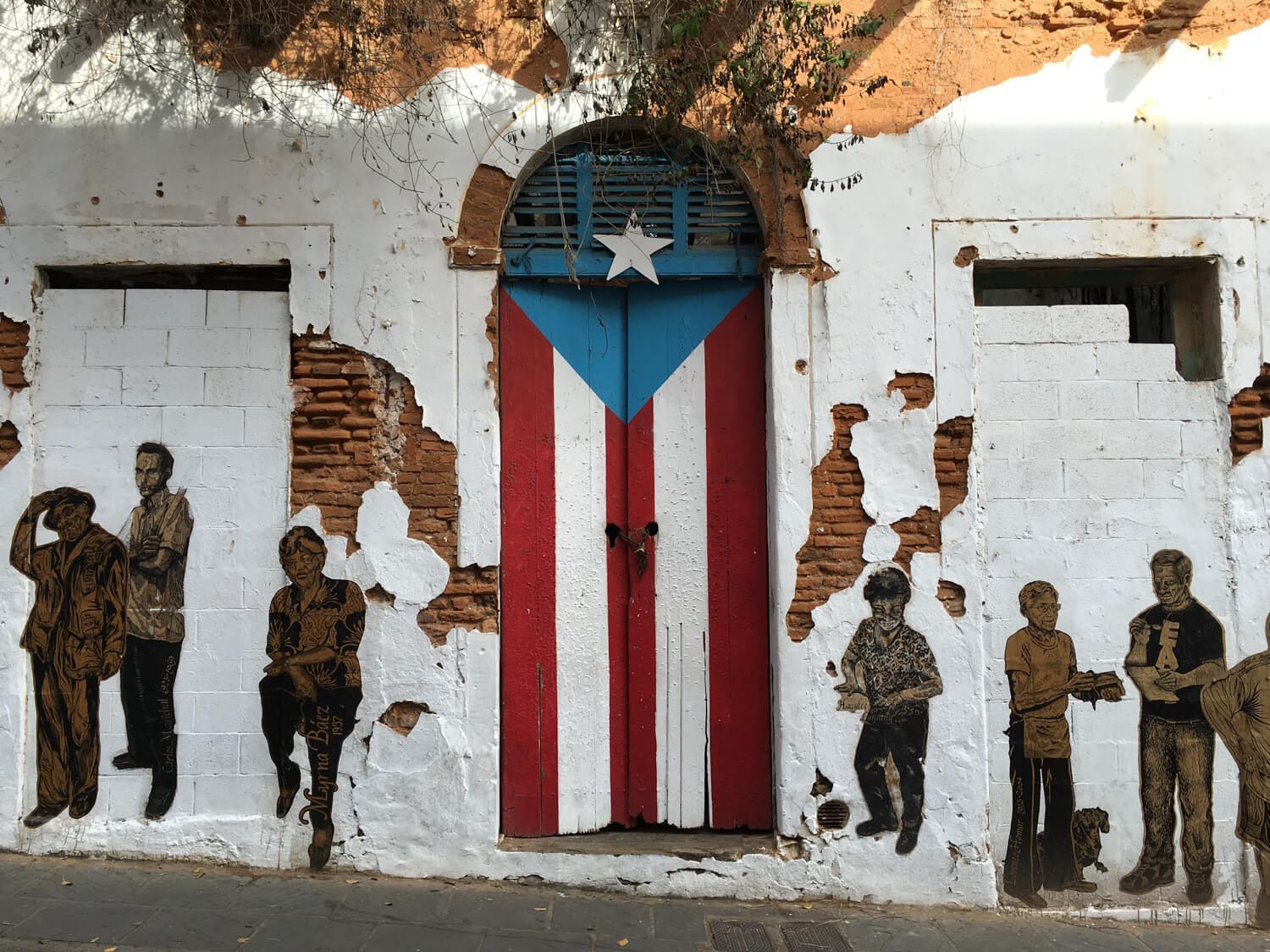 Puerto Rico’s tourism is focused on the leisure and outdoor adventure niches.

Looking for a relaxed time at the beach? Spend time at a resort in Rio Grande? Surfing in Rincon? Eco-tourism and Outdoor Adventures? Diving? Sailing? Spanish culture and history? All this can be done, and more.

Puerto Rico has the oldest city in the United States –Old San Juan– and it has the only rainforest protected by the U.S. – El Yunque.

Just an hour away, you can find a dry forest, a dwarf forest, or the largest cave network in the western hemisphere, among other natural features. If you love exploring caves, Puerto Rico is the place to do it!

Did you know Puerto Rico is considered the rum capital of the world? You know what this means… lots of nights out to experience a vibrant nightlife!

Know when to go and what to pack

With that being said, your packing should consist of bathing suits, flip-flops, sunglasses, and sunscreen (among other things).

For hikers and outdoor adventurers, hiking boots and a rain jacket are highly recommended. For a night out, stylish is what’s in.

While it is fine to visit the island year-round, the ideal months are between March and August (late spring/summer). During the winter, beaches get full of algae; and during late summer/early fall, the hurricane season is at its peak.

Let’s be honest, public transportation in Puerto Rico sucks big time! Unless you are staying at a resort that will shuttle you wherever you want to go or are planning to stay exclusively in Old San Juan and Condado, you will need to rent a car.

Planning on walking around? Old San Juan, Condado, and the old sector of Rio Piedras are the only pedestrian-oriented urban centers in the metropolitan area.

You can easily Uber or take a taxi between them and then roam around on foot.

Sadly, all the other cities and urban centers on the island weren’t designed with pedestrians in mind. Plus, walk for three minutes under the scorching sun and you will wish you were inside an air-conditioned car.

There’s a single rail line called Tren Urbano that can be useful, but it mainly serves people that live in San Juan’s suburban areas.

So, how can you reach those other beautiful sights around the island? You either need to rent a car or take a tour.

Puerto Rico is not cheap, but traveling the island on a budget is still possible.

You can find budget-oriented accommodations, most commonly known as paradores (rustic government-sponsored accommodations), but they still can go at $100 per night or more.

Airbnb is also a popular option, or you can save money by checking the best-reviewed hotels across the island and their latest deals on TripAdvisor.

Cheap food can be typically found at beach shacks or mountain kiosks, and at local markets (around $5-$10 per meal). I personally love Piñones and Los Kioskos de Luquillo to get some of the best local fritters on the island on a budget.

Most restaurants have mid-range prices (say $12-$25 per meal) and are similar to other U.S. destinations. The farther and more inland you get from the metropolitan area, the cheaper things get.

English is widely spoken in Puerto Rico, but learn a few Spanish words

While English is widely spoken on the island, Spanish is the official language. The more you venture outside urban areas, the less you will be able to communicate in English. But still, basic communication is always possible.

It is recommended to learn a few Spanish expressions, greetings, and phrases. The effort is always appreciated.

Have in mind that due to the dual language, the “official” Puerto Rican language can be considered to be Spanglish (so full of funny and horrible slangs). Check out this Puerto Rican slang dictionary. 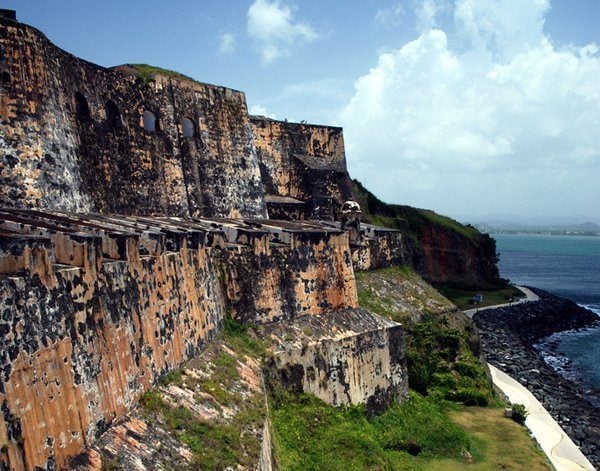 Know that you can explore the island by yourself

Don’t get fooled by tour companies or hotels that say places are far and hard to reach.

These are lies and tourist traps. No single place on the island is more than 2.5 hours away, and the expressway circles the whole island, making most municipalities easily accessible.

Don’t be afraid to ditch the tour bus and experience the island by yourself. Take your car and go to the mountainous region (off the beaten path), or take the ferry to one of the surrounding islands – Vieques and Culebra (great beaches there!).

Regarding Vieques and Culebra, though, while accessible and doable on your own, the local ferry company sucks, which makes the accessibility logistics a bit of a pain sometimes.

Alternatively, if you don’t want to deal with the transportation logistics to get to the pier in Fajardo to then catch the ferry, I recommend doing this catamaran day trip to the iconic Flamenco Beach in Culebra or Culebrita Island.

As you can see, with just a little research you can have a tropical vacation under a decent budget and with a huge variety of activities that can easily cater to any traveler niche.

You can check this post with 33 fun facts about Puerto Rico learn more about the island or check Viator to book the best tours on the island at competitive prices. 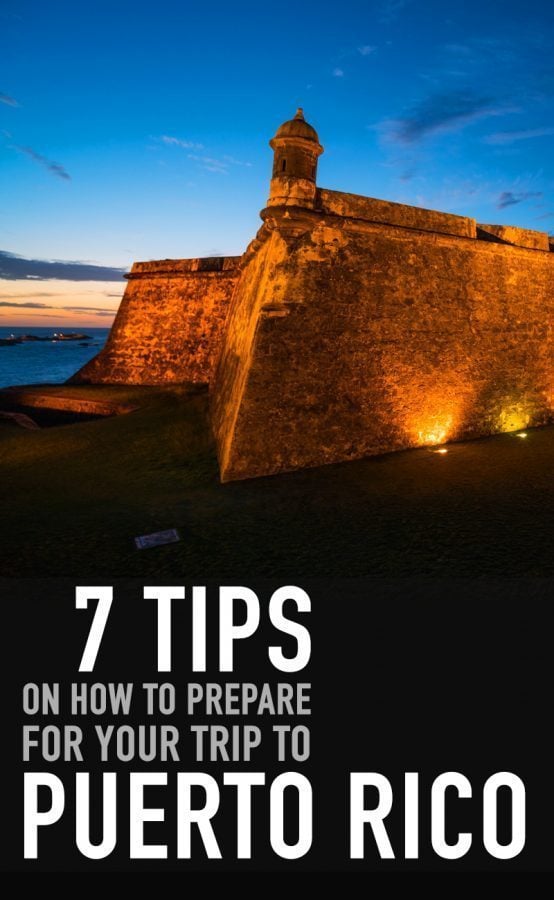