It’s so interesting to visit a country that has so much history, yet it is so new to the eyes of our modern world.

North Macedonia, formerly known as Macedonia, still has an air of mystery that makes this mountainous, off-the-beaten-path country an intriguing destination for real discovery.

Here are a few facts that you might not yet know about North Macedonia, but that make part of the interesting and mysterious character of this country.

Where is North Macedonia?

North Macedonia is geographically located in the Balkan Peninsula in Southeast Europe.

Even though it is a small landlocked country, it borders five neighboring countries. These are Kosovo and Serbia on the north, Bulgaria on the east, Greece on the south, and Albania on the west. 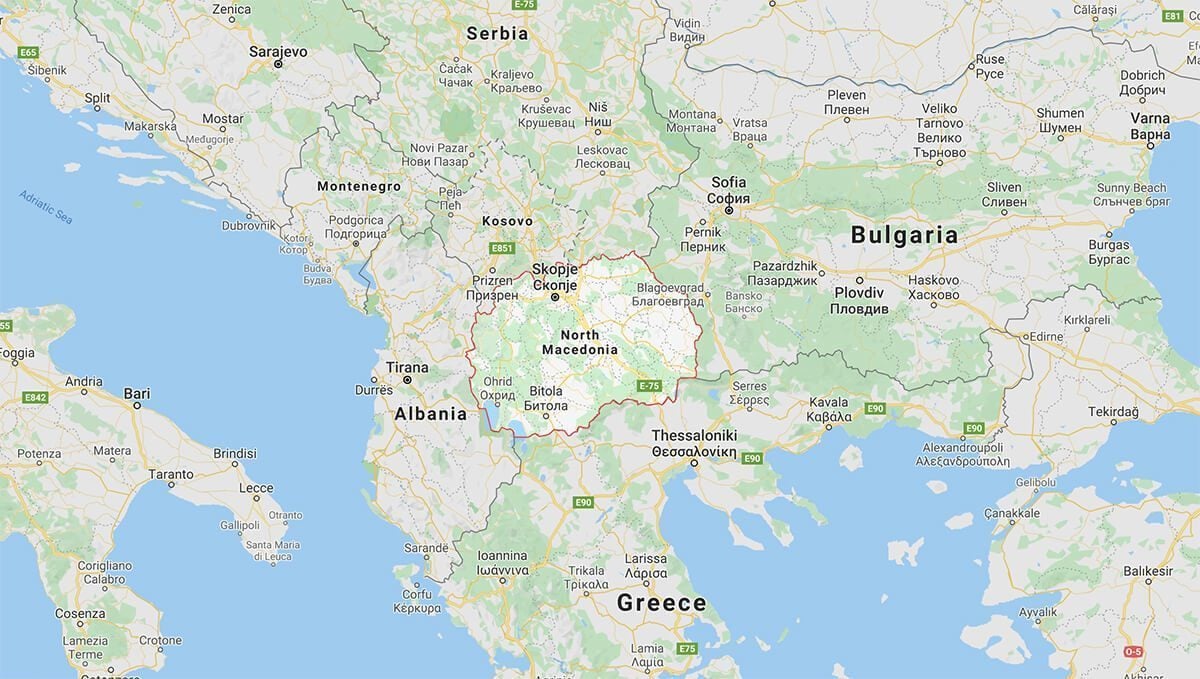 It was formerly part of Yugoslavia until it became independent in 1991.

Now, let’s get into these Macedonia facts!

1 – Parts of Jesus’ cross are there

There are (supposed) parts of the cross on which Jesus was crucified in the foundations of the monasteries of St. Bogodorica Prechista in Kichevo, and St. Jovan Bigorski and St. Georgij Pobedonosec in Debar.

According to NASA, Kokino is the fourth oldest astronomic observatory in the world; with the oldest three being Abu Simbel, Egypt; Stonehenge, Great Britain; and Angkor Wat, Cambodia.

Kokino is located approximately 30 km from the town of Kumanovo, and about 6 km from the Serbian border.

I find this one of the most interesting facts about Macedonia.

Ohrid Lake is the oldest and one of the deepest lakes in Europe (max depth 288m or 940ft).

It is estimated 4 million years old and has 200 endemic species that haven’t been found at any other place in the world. It was declared a World Heritage site by UNESCO in 1979.

Today, you can see the museum house dedicated to her in the center of the capital city of Skopje.

Today, she is considered to be one of the most famous Macedonians. She was Beatified in 2003 by Pope John Paul II and Canonized in 2016 by Pope Francis. 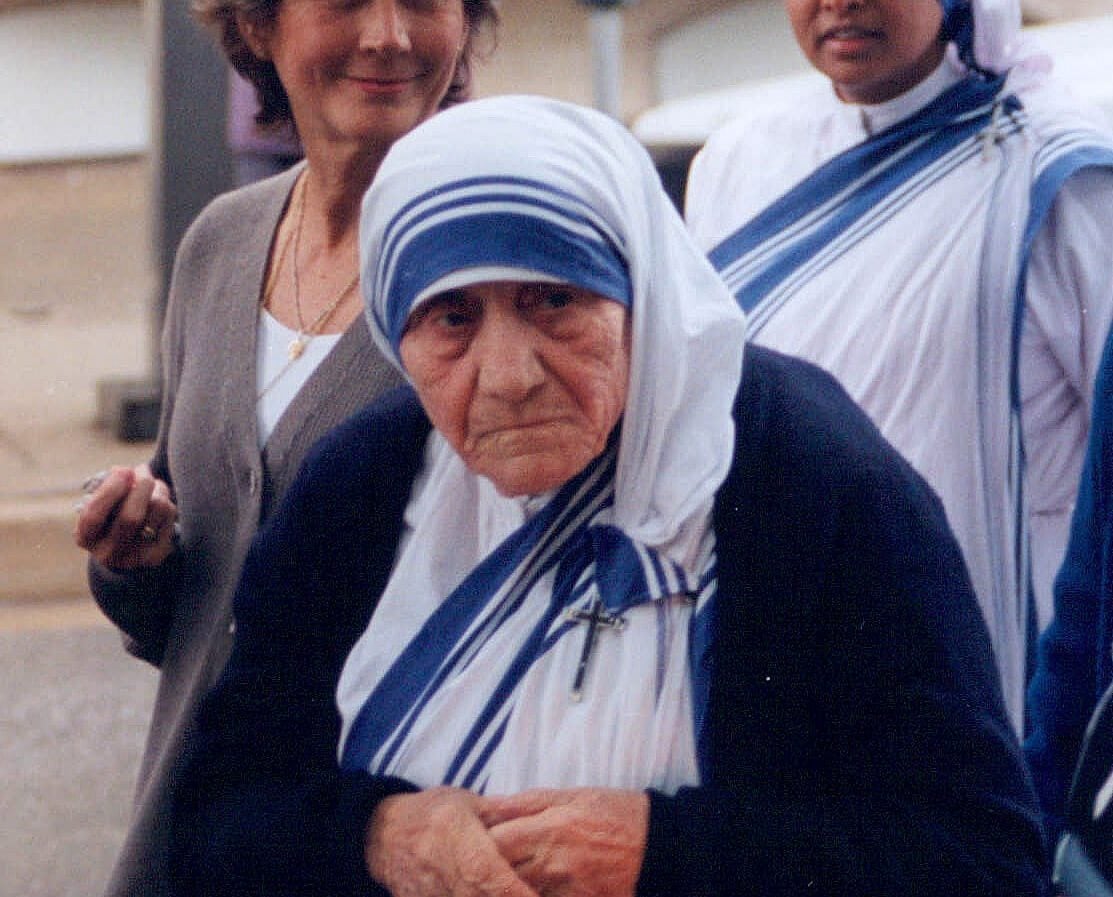 This is one of my favorite facts about Macedonia!

North Macedonia is the only country that got independence from Yugoslavia without shedding a single drop of blood.

It remained entirely at peace at the heat of Yugoslav wars in the early 1990s and got independence from Yugoslavia in 1991.

6 – Most mountain peaks in the World

Another interesting feature of this country is that it has a higher number of mountains and mountain peaks than any other country in the world.

7 – Macedonian was only a spoken language

Until the modern era (mid 20th century), Macedonian was predominantly a spoken language. It had no standardized written form of the vernacular dialects.

Formal written communication was usually in the Church Slavonic language or in Greek, which were the languages of the liturgy, thus considered ‘formal languages.’

It wasn’t until 1945 that the Macedonian alphabet was standardized with some extra unique letters and phonemes not found in the traditional Cyrillic alphabet and neighboring languages.

The Cyrillic alphabet, official in North Macedonia, is named in honor of the two Byzantine brothers (Macedonian Region), Saints Cyril and Methodius, who created the Glagolitic alphabet earlier on.

Modern scholars believe that Cyrillic was developed and formalized by early disciples of Cyril and Methodius.

It was taught by their disciples at a monastery in Ohrid, from whence it spread across the eastern Slavic world.

The former official name of Macedonia in the United Nations was the Former Yugoslav Republic of Macedonia, or FYROM.

This is due to a long dispute the country had with Greece regarding their history as the former Kingdom of Macedonia.

Even though they were officially FYROM in the U.N, the government persuaded more than 130 countries (135 at the time of publication), including the United States, to recognize it as the Republic of Macedonia.

But now they are officially known as the Republic of North Macedonia.

9 – Skopje has been rebuilt several times

Skopje has suffered quite a few devastating earthquakes throughout history, the biggest ones in 518 and in 1963, leveling most of the city.

In addition, the Austro-Hungarian General Piccolomini ordered the city burnt down in the 18th Century.

Alexander the Great, who was king of the former Kingdom of Macedonia, was the first world-size conqueror who extended his empire across Greece and Persia to India and Egypt.

During his time, the Kingdom of Macedonia was the most powerful state in the world; but after his death, the empire fell apart and it became the first Roman province in 146 B.C.

Since becoming an independent nation in 1991, Macedonia has had two flags. Both its first flag and the current flag feature a yellow sun on a red background.

The first version was based on a symbol found on ancient tombstones discovered in 1977 in the town of Vergina.

However, Vergina is in Greek Macedonia and Greece decided to claim that they owned the copyright to use the symbol in order to force Macedonia to change its flag, Greece blocked trade with the Republic of Macedonia and forced the UN headquarters in New York to take down the Macedonian flag.

As a compromise, and to restart trading with their Greek neighbors, Macedonia changed its flag to its current one from 1995.

12 – A highlander or mountainous name?

The country’s name derives from the ancient Greek Kingdom of Macedonia; which was named after the ancient Macedonians.

The name is originally believed to have meant either “highlanders” or “the tall ones,” possibly referring to the physical characteristics of the ancient Macedonians and/or their mountainous land.

The cave Peshna in Makedonski Brod was described by the New York Times as looking “exactly like Helm’s Deep from Lord of the Rings”.

14 – It has the biggest cross in the World

The Millennium Cross is a 66 meter-high cross situated on the top of the Vodno Mountain in Skopje, and it is the biggest cross in the world.

It was constructed to serve as a memorial of 2,000 years of Christianity in North Macedonia and the world.

And an extra one…

15 – From Macedonia to North Macedonia

This ended the decades-long dispute with Greece (since they declared independence from Yugoslavia in 1991) as to who has the right to use the name, since there’s a region in Greece with the same name, Macedonia.

Know of other little-known facts?

Lastly, if you’re visiting Macedonia soon, take advantage of these hotel deals in Macedonia from HotelsCombined. Also, Viator offers dedicated tours of the best locations in the country at very affordable prices. Not to be missed! 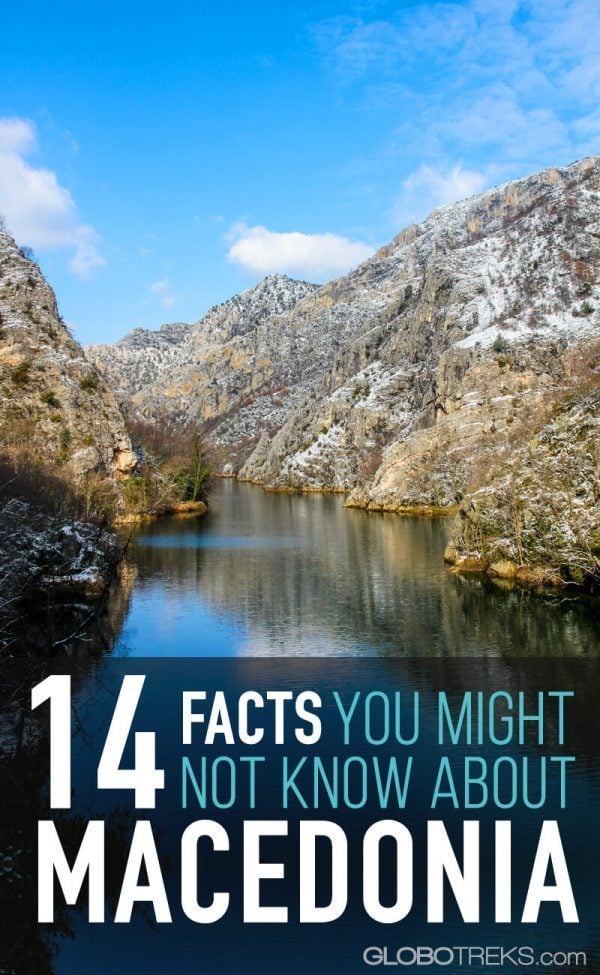