Tikal is one of the most impressive archaeological site and urban center of the pre-Columbian Maya civilization in all Mesoamerica. It is located in El Peten in the northeast area of Guatemala.

It is the second largest Maya pyramid site in Central America, only after El Mirador, just a few miles from Tikal.

Tikal, which counts with buildings from as early as the 4th century BC, was the capital of what became one of the most powerful kingdoms of the ancient Maya. 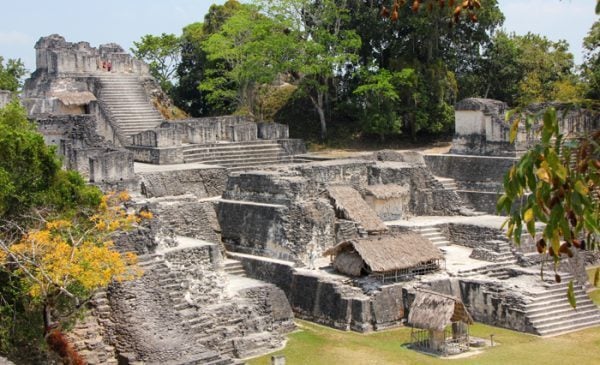 It is believed that the Maya constructed this city in honor of the Mayan rulers and deities. The temples and hieroglyphic demonstrate not only architectural genius, but also show traces of a civilization far more advanced than many ever believed.

Still, the Mayan civilization mysteriously collapsed after 900 AD, leaving the city lost at the mercy of the jungle’s cover.

That is until it was rediscovered in 1848 when it sparked a lot of interest from explorers and travelers alike. It was declared a Cultural and Natural Heritage by UNESCO in 1979.

Since the site is so big, there is so much to see that one day won’t be enough to see it all. But, if you just have one day, here’s what you should do to get the most of it.

There are many ways to get to Tikal: by air from Guatemala City to Flores, by bus from Flores (1 hour away), and by bus from Belize City (5 hours away).

Only a fraction of Tikal’s over 3,000 buildings has been excavated and restored. Out of those, these are the ones that you shouldn’t miss.

Grand Plaza – This is the most recognized place of the whole complex as it was the center of civic ceremonial activities of the Mayan culture. It is surrounded by Temples I and II, a Mayan ball game, and a series of palaces.

Temple I –Built in 734 AD, this temple is also known as the Temple of the Grand Jaguar because of a lintel that represents a king sitting upon a jaguar throne.

Although not the tallest temple with a height of 143 feet, its size makes it an impressive icon at the Grand Plaza, the heart of Tikal. Inside was found the tomb of the ruler Jasaw K’awiil Chan, whose replica is located in the Ceramic Museum.

Be prepared to be amazed when you look at the Grand Plaza and other temples from the top.

Temple IV – Also known as Temple of the Two-Headed Snake, this is the highest structure in the whole Tikal complex and in all Mesoamerica; standing at 230 feet tall.

From here you get a great view of the entire jungle, right above the tree’s canopy. The climb up is pretty easy, thanks to a wooden stair. This is the best place to see the sunrise and sunset while at the park.

Temple V – The impressive thing about this temple is the view from the top, which overlooks the tops of the temples at the Grand Plaza.

While the view is impressive, the hike up and standing at the top is quite dangerous as there are no guardrails and the steps are very steep.

Lost World Pyramid – Over 100 feet tall, the pyramid includes four stairways that reach the top, each one decorated with large stone-carved masks of the Mayan god of rain.

Looking out from the summit, Temple IV and the Temples of the Great Plaza can be seen rising through the jungle canopy.  This is the oldest structure in Tikal.

Ceramic Museum – The ancient Maya took great pride in their artwork, creating intricate masks dedicated to the dead and sculpting stelae that recorded their history. Some of these can be seen throughout Tikal, while others are displayed at this museum.

Extra Things To Do To Enhance Your Visit

I recommend sleeping at the park’s accommodations (Tikal Inn or Jungle Lodge) from the night before or taking the 5:00 am bus from Flores to have the chance to see the sunrise from the top of Temple IV.

One of the best things about the experience is not only the sunrise but also the sounds of the waking jungle. Howler monkeys, spider monkeys, birds, and other animals create a symphony that is hard to miss.

Just like with the sunrise, watching the sunset from Temple IV is as equally impressive, though this one is more challenging as the sun sets behind the temple, where no visitors are allowed.

Shhh… bribe the guard that stands at the top of the temple with 20Q and he will let you pass behind. Totally worth it! Be discreet of course. Have a flashlight as there is absolutely no artificial lighting once it gets dark.

Also, unless you’re staying at one of the park’s accommodations, you will need to find a ride back to Flores, as the last bus leaves at 6:00 pm (before sunset).

In this case, go to the park’s guardhouse and wait there for a delivery truck or any employee about to leave. Pay them 100Q and if they are going to Flores they will gladly take you. Might seem like a hassle, but believe me, it’s so worth it! 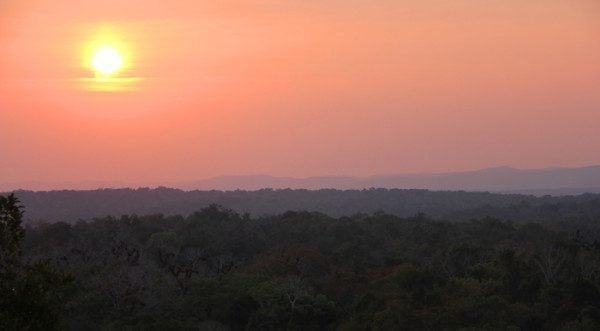 No matter which way you choose to explore it, make sure to enjoy your time at this cultural and natural heritage.