Famous for its diverse wildlife and breathtaking landscapes, the Galápagos Islands is one of the most unique, fascinating, and diverse places you can visit on earth.

These famed islands, located 620-miles (1000-km) off the coast of Ecuador, offer an unparalleled natural experience that still ties back to Darwin’s work and natural selection theory.

To discover more of this popular destination often ranking high on travelers’ bucket lists, here I’ll share with you 20 interesting and lesser-known facts about this spellbinding paradise. 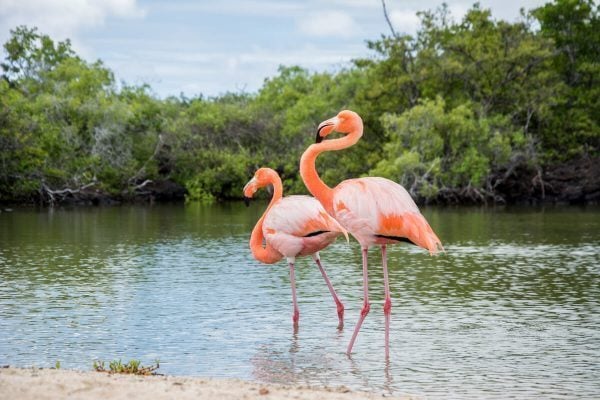 The Galápagos islands are essentially one giant national park known as the Galápagos National Park. It covers 97% of the 18 islands and it is a UNESCO World Heritage Site.

Only four of the islands are inhabited by people: Santa Cruz, Floreana, Isabela, and San Cristobal – with an overall population of 28,000 people.

Each island has animal and plant species that are endemic to them and not found anywhere else in the world, not even on the other islands in the Galápagos.

To enter the Galápagos, you need to pay an entrance fee, as you do in many other national parks around the world.

2. The Islands are Named after the Giant Tortoises that Inhabit them

The name Galápagos comes from the old Spanish word for saddle, a reference to the tortoise’s shell. The giant tortoise is probably the iconic species of the Galápagos.

These huge, yet gentle creatures can live up to 170 years and weigh 595 pounds – making them some of the largest types of tortoises in the world.

The Galápagos tortoise can store food and water so efficiently that it can go for up to a year without eating or drinking – instead, it breaks down its body fat to produce water, when needed.

Up until his death in 2012, the Galápagos Islands were home to Lonesome George, the sole remaining Giant Pinta tortoise in the world. While his actual age is not certain, it is estimated he reached from 90 to 100 years of age.

3. The Islands are One of the First UNESCO World Heritage Sites

During the first World Heritage nominating convention in 1978, twelve properties were placed on the inaugural list of World Heritage sites – including the Galápagos Islands as one of them.

Based on the numbering convention used by UNESCO, the Galápagos Islands are number 2, while Quito, Ecuador is number 1.

4. You can Travel the Islands on any Budget

People think the Galápagos is an exclusive getaway for luxury travelers, but the truth is that you can travel it too with a backpacker’s budget.

While it’s true that with a bigger budget you could hop on a cruise and reach the remote islands of the Galápagos, with a small budget you can still see the main islands and many of the smaller islands close to these.

5. No, Darwin Didn’t Discover the Islands

A lot of people think Darwin discovered the islands, but that’s not correct. Even though Darwin landed on the island of San Cristobal on September 1835, they had already been discovered in 1535, or at least first recorded, by Fray Tomas de Berlanga, the fourth Bishop of Panama.

They were properly mapped 35 years later under the name of “The Island of Tortoises.”

6. Darwin Didn’t Come Up with the Theory of Evolution, Either

Darwin, though, posited the idea of natural selection after analyzing the 14 finch species he observed on the island.

Additionally, the Galápagos also inspired Darwin to formulate his other groundbreaking theory, The Structure and Distribution of Coral Reefs. This theory postulated how coral atolls are formed through the sinking of volcanic mountains. Which leads me to…

7. These Young Islands are Constantly Changing

In geological terms, these islands are toddlers. Due to volcanic action, the oldest islands are gradually sinking back into the ocean, while the youngest ones are still on the rise.

8. There are Still a Few Active Volcanoes

As mentioned before, the Galápagos still has volcanic activity. The islands are formed by the juncture of three tectonic plates: the Pacific, Nazca, and Cocos.

This has created irregular volcanic activity and wildly diverse landscapes that are now the 18 major islands, 4 minor islands and 40 islets that compose the Galápagos.

Just in the last 100 years, there have been 13 volcanic eruptions, with the most recent being in May of 2015 on Isabela Island.

9. The islands Never had a Native Human Population

Bishop Fray Tomás de Berlanga is the first recorded person to have set foot on the islands in 1535 when he accidentally landed there en route from Panama to Peru.

After this, the islands still had no permanent settlers for centuries as it was mostly used as a base by sailors looking for fresh food and water. The first semi-permanent resident was a marooned Irishman named Patrick Watkins, who stayed on Floreana Island from 1807–1809.

The first permanent residents didn’t arrive until Ecuador took control of the archipelago in 1832. Now there are over 28,000 residents. 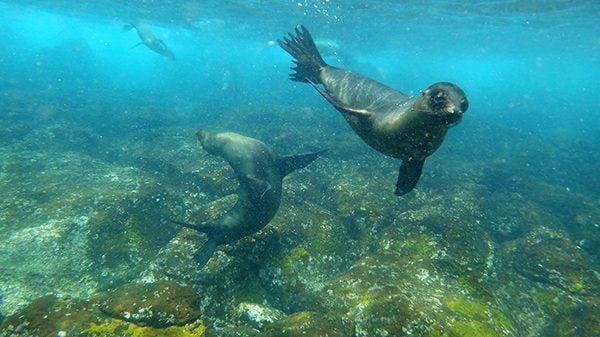 10. Animals have Little Fear of Humans or other Predators

Due to this historical lack of people on the islands, most wild animals there have no natural fear of humans. As a result, the Galápagos has strict rules in place to help protect both the animals and their habitats.

Similarly, some animals have evolved uniquely due to the lack of predators in their habitat – like the Flightless Cormorant. This bird is endemic to the Galápagos and it is the only cormorant in the world that does not have the ability to fly.

Since it never needed to fly from predators, it evolved to become the largest of all cormorant species, yet its wings stayed barely one-third of the size they would have to be able to fly.

11. It is Now Virtually Impossible to Move there Permanently

While moving to Ecuador permanently is possible with the right visa, the Galápagos are not included in any visa and residency program. In fact, not even mainland Ecuadorians can just move to the Galapagos anymore.

This residency freeze began after the population and tourism grew exponentially, to the point where social and ecological problems threatened the islands.

It wasn’t until the UNESCO put the Galapagos on their list of endangered World Heritage Sights, due to overcrowding, that officials tightened their immigration laws in 2009. UNESCO removed their endangered status in 2010. 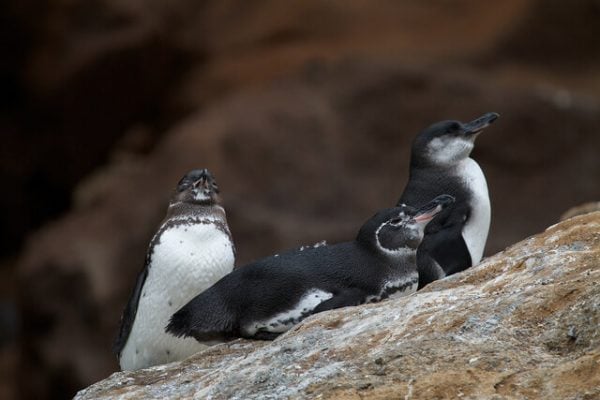 12. The Islands are Home to the Only Penguins on the Northern Hemisphere

The Galápagos Penguins are the only species of penguins to live north of the equator – even if it’s barely one degree north.

They are the second smallest species of penguin (out of 17), and naturally, they have developed distinctive methods of thermoregulation to adapt to warm weather, like walking on land with their flippers over their sensitive feet to prevent them from getting sunburned.

They’re typically found on the western islands of Isabela and Fernandina, though a few colonies are found within the central islands and Floreana Island.

13. The Only Marine Iguanas in the World are Found here

Not surprisingly, even iguanas have evolved differently here. These marine iguanas in the Galápagos are the only known lizards that can swim and feed almost entirely on seaweed.

It is believed they originally arrived on the islands clinging onto debris from South America that reached the islands via the Pacific Ocean. 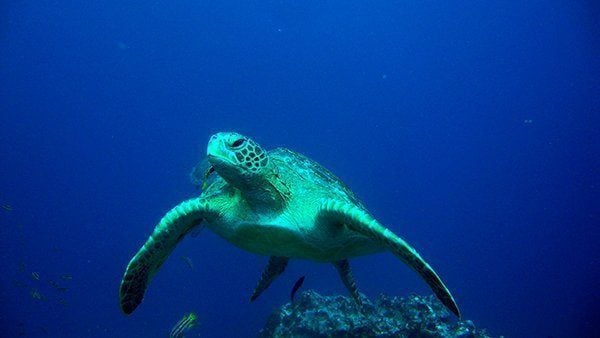 As one of the most ancient species on the islands, the green sea turtle is believed to have swum the ocean and walked the beaches along with dinosaurs.

Due to its location right on the Equator, the Galápagos Islands have an equal 12 hours of daylight and 12 hours of night time throughout the entire year.

16. It Always has a Comfortable Temperature, Though

You would think that the Galápagos are always blazing hot due to its location right on the equator, but the truth is that the temperatures actually stay quite comfortable throughout the year. 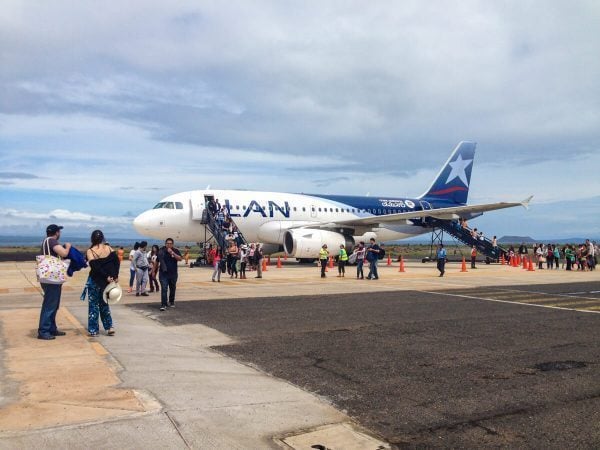 Before WWII, there was no runway or any air traffic on the Galápagos, but that changed when the United States established an air base on the island of Baltra to help defend the Panama Canal from the Japanese.

After the war, the air base was passed to the Ecuadorian government, which eventually turned it into what is the airport today. That runway you arrive on when you fly to Baltra was originally built by the US military.

18. It Also Used to be a Pirate Hideout

Many pirates used the Galápagos as a well-located hideout for their loot and a source of food thanks to the number of giant tortoises roaming on the islands at the time. 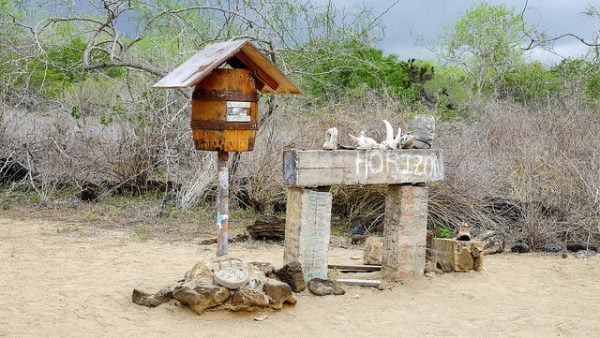 19. The Islands are Home to a Very Unusual Postal System

Sailors in the 19th century set up a wooden barrel on Floreana Island to act as a makeshift postbox to allow them to communicate with loved ones at home.

They would leave letters in the barrel so other sailors could pick up the letters addressed to those in their home port and hand deliver them.

This was not necessarily a fast service, as letters could take years to reach their destination. This barrel is now known as Post Office Bay, and the tradition still continues, with tourists leaving and delivering letters to people in their respective cities.

20. Master and Commander was the First and Only Hollywood Feature Film to be Shot there, to Date

The only other two movies with the distinction of filming in the Galapagos were done in 1966 and 1972 before it became a UNESCO World Heritage Site.

For Master and Commander, while the production worked with the national park, they were not granted any exemptions to the park rules. This means they had to stick to the trails and carry their gear by hand. 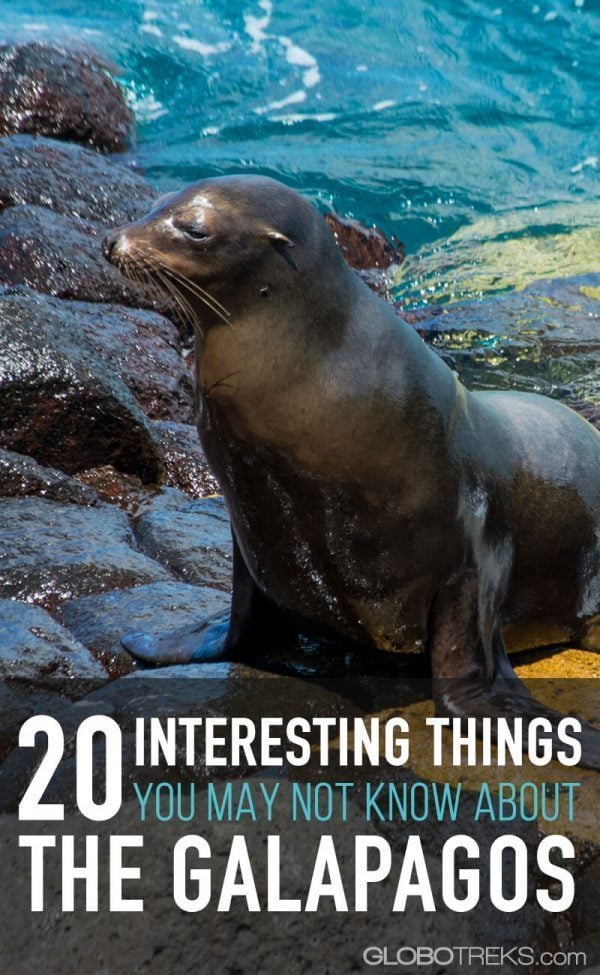