The Silk Cotton or Ceiba Tree [Ceiba pentandra] is one of the largest trees in the American tropics. The Ceiba Tree not only played a significant role in the physical world of the Mayas, as a multi-purpose tree, but it also was a pillar in their spiritual world.

For this reason, this tree, known as Wacah Chan by the Mayans, was referred to as the Tree of Life.

The ancient Maya believed the earth, or the Middle World, to be flat and four-cornered. Each corner was supported by trees and at the center was the Ceiba tree.  Each corner tree had a color and meaning. 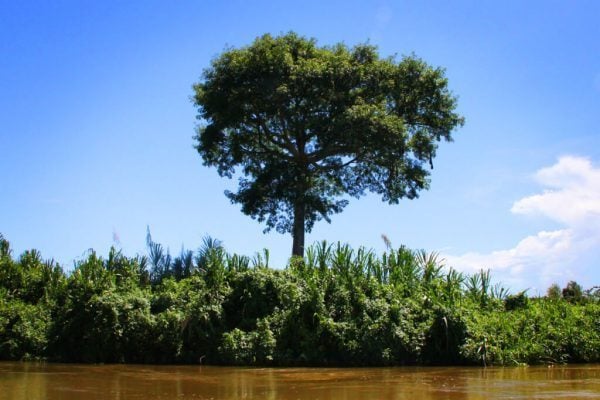 Finally, the Ceiba represented the center and the three levels of the Mayan universe (cosmos, middle world, and underworld).

The Mayas believed caves were the underworld, and they associated the stalactite formations with the roots of the Ceiba tree, believing they were one and the same.

Aside from its spiritual significance, the Ceiba had an importance in the Maya economy.  Its trunk was used to build canoes, which were used for navigation and commercial trade between cities and settlements.

The Ceiba Tree is the national tree of Guatemala, another Central American country with a rich Maya heritage.

The tree pictured below is one of the twin Ceiba Trees found at Caracol Archaeological Site.  They both stand tall and impotent, one next to the other, dwarfing all the trees that surround them. 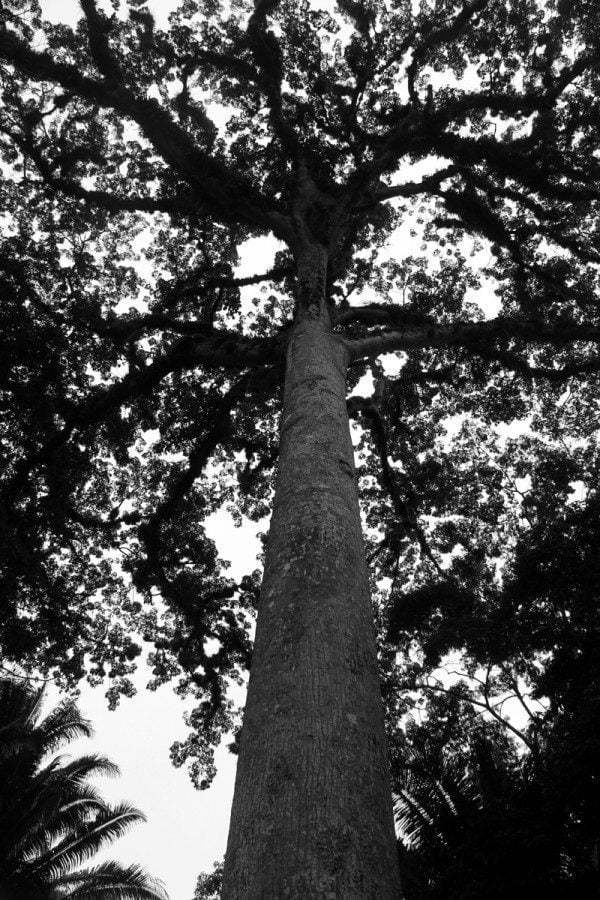