I see a series of animal prints in the otherwise untouched, fresh mud trail.  They look big… big enough to be of an animal that can take me with a single strike.  I ask Erem Centi, a Maya from the Santa Cruz Village who is guiding me through the trails to Actun Yok’ Balum cave, “Are these Jaguar Paws?”

“Yes”, he replies with a secure tone. “They are heading in the direction of the cave, possibly looking for food or water.  They come for the wild pigs.” 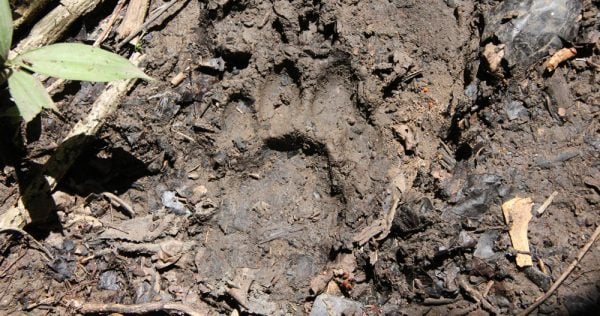 While the chances of actually encountering a Jaguar in broad daylight are incredibly slim, my imagination starts running wild and plays scenarios of me running into one of these big cats on the trail or inside the cave, where they go for food and water during the dry season.

What to do in that case?  Should I just look, or should I run?  That is if I get to react on time.  In fact, Actun Yok’ Balum is Mopan Mayan for Jaguar Paw Cave.  Very fitting.

Yok’ Balum, as it is often referred, is located in the Toledo District of Belize.  It lies about an hour and a half, or 3 miles, walking distance from the Maya village of Santa Cruz.

“It looks like this is not just one Jaguar.  It looks like a mother with a few cubs, right?”, I ask somewhat excited, like if using my “natural powers” to figure out something pretty obvious.

By now we’ve walked for about an hour.  A pretty eventful hour I might say.  Since departing Santa Cruz, we’ve done a 90 foot long, knee-deep river crossing at the Rio Grande and we’ve seen Maya families harvesting their corn and rice fields.

Also, along the hike, Erem has taken his time to show me all the medicinal and dangerous plants on the trail. 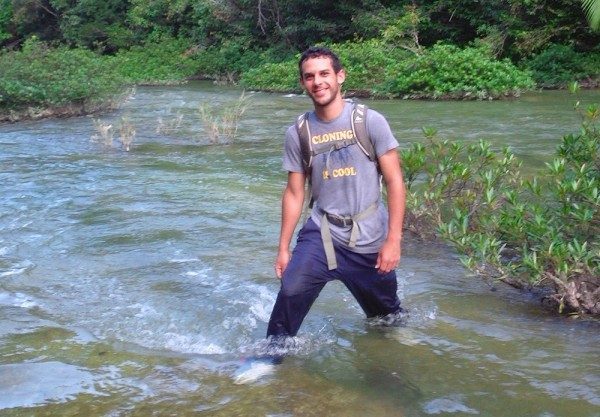 I’m glad I have someone like Erem guiding me and Bruno Kuppinger, a Trained Cave Leader, towards the cave.  With machete in hand, he leads us by clearing the overgrown path and by making loud noises to spook the poisonous snakes that hide in the bushes next to the trail.

We are now ten minutes from the cave, the hardest part of the hike lies ahead of us –the climb. A constant 45 degree rocky, muddy, and root filled path is what lies between us and Yok’ Balum.

Once at the top, I see what looks like a cave entrance, but it is no deeper than 20 feet.

“No, no, you’ll see…”, replies Bruno with a smile as if hiding something from me.

“You know why it is called Jaguar Paw Cave?”, Bruno asks me as if in a trivia.  “Look behind you.”

I turn around and only see a stalactite.  It’s quite a strange stalactite as it indeed looks like it has the shape of a jaguar paw. 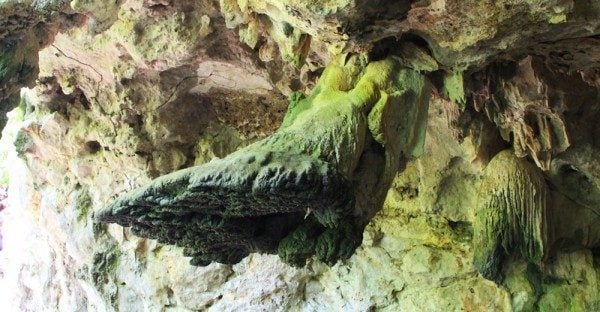 It’s clear why I didn’t see the entrance.  It is hidden in a corner and it is merely two feet tall and maybe ten to fifteen feet wide.  The only way to get in is by crawling military style a length of about twenty feet until reaching the first inner chamber. 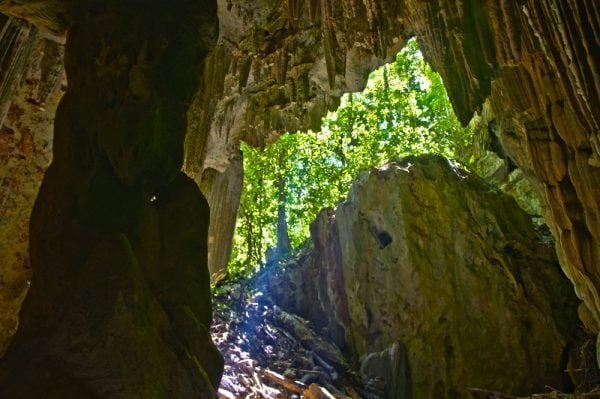 It wasn’t until 2006 that Yok’ Balum was first explored by archeologists.  While many modern-day Mayas did know about the existence of the cave, none of them cared to venture inside it through its narrow passage.

Once inside the chamber, I point my headlamp to every direction possible. Everywhere I look there are dozens of stalactites, stalagmites, curtains, flowstones, and other cave formations. Of all the caves I’ve explored so far, this is the one with the biggest density of rock formations. 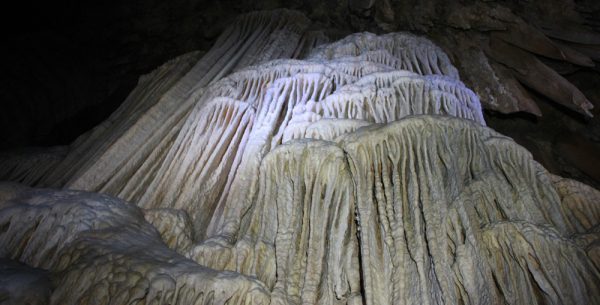 It is beautiful to see how these stalactites form columns that create the feeling of a prehistoric hypostyle hall or roman agora that is 30 feet high. It’s also interesting to see how with those simple vertical gestures the cave gets divided into chambers that present different visual characteristics and various physical challenges for the caver.

While caving at Yok’ Balum is not technical –meaning that there is no need of ropes or advanced equipment– there is the need to do short climbs and the occasional squeeze between columns and other formations. Challenging, but doable.

We cross from chamber to chamber and I don’t cease to be amazed by the underground beauty of this pristine cave. Almost at the end, Bruno asks me, “Did you see the plate?”

He points his headlamp to a set of rocks and there it is, one of the few elements of a human past still visible inside the cave – an ancient Maya plate made out of clay. According to archeologists, this plate has been here for around 1,300 years. Apart from a few cracks, it still conserves its full recognizable shape almost intact. 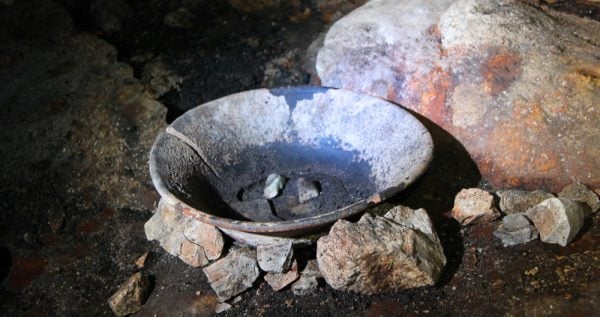 It is known that the Mayas used caves (known as Xibalba) as ceremonial places to perform sacrificial offerings and other rituals. These were the abode of powerful and capricious gods and represented the entrance to the underworld.

While the small entrance of Yok’ Balum might seem underwhelming, its exit is the complete opposite – a spectacular display of stalactites and stalagmites bathed in the green reflection of light bouncing from the jungle trees. 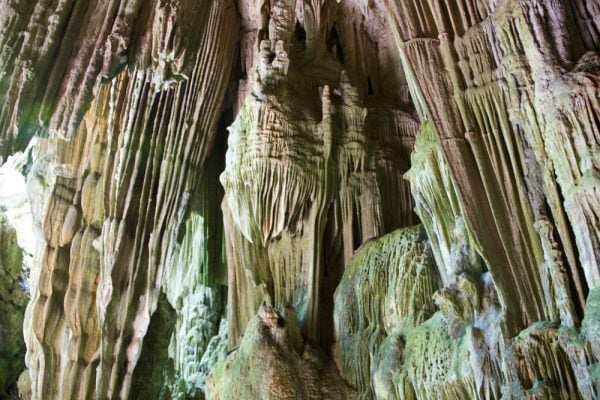 Impressed and dwarfed by its size and beauty, I just stand still for a few minutes at the threshold between the underworld and light.  It feels surreal.

Once out, we make our descent through the jungle to get back on the trail. For me, Yok’ Balum was more than just caving; it was an adventure and it felt like real exploration. The long land rover ride to the village and long hike from there to the cave were all worth it.

But, this adventure is not over, there is still one and a half hours of hiking back to the village.