“Are you by yourself?”

This is one of the most common questions I get in almost every single trip I do.  Most of the time it is the first form of interaction I have with another traveler as I’m sitting in the plane waiting to depart.

More often than not I travel by myself, so people tend to ask me this out of curiosity or just to swap seats with their companions.  On the former case, it is often followed by “Don’t you get lonely?”.

The truth is, when I venture the world by myself, there are times when I do feel lonely.  No matter how well I prepare myself to be alone while on the road, that lonely feeling has its way of sneaking through the crack.  I guess this is normal.

But, I don’t see my lonely feelings as a bad thing. They are part of the independent travel experience and I have learned to deal with them and still feel comfortable, even when that sad feeling sinks in. 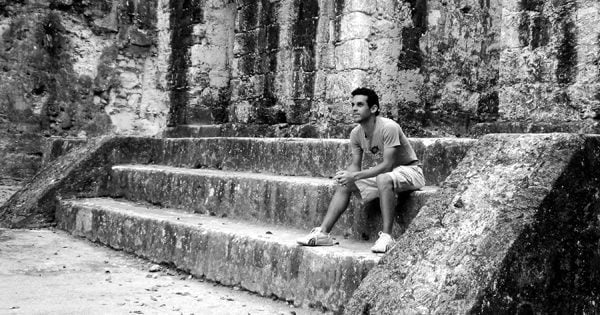 First and foremost, I embrace the feeling.  Through out life I’ve learned that the things you fight against the most are the ones that keep coming back.  So, why not embrace it and produce something positive out of it?

Sometimes being lonely makes me reflect on things in life.  It helps me learn about myself, what I like, don’t like, and so on.  Often times, marinating in the feelings for a while allows me to see things I wouldn’t otherwise pay attention to.  It’s like I’m looking at things at a slower pace.

Sometime this sparks my curiosity, making me question things to try to understand them from this different perspective.  Why not? This can be an opportunity to absorb new things and experiences openly and almost vulnerably.

This lonely feeling can also serve as a source of inspiration to create something meaningful – something of value.  In many cases, I channel those feeling into being productive; whether it’s writing a post, drawing something, or just brain-vomiting any idea that gets sparked by the moment.  I love moments like these because creativity flows naturally.

After a while, not only the sad feeling fades into the background by itself, but a sense of accomplishment steps in after seeing the creative product of this feeling.  At the end, I feel so empowered that nothing seems to be impossible.

Sometimes being proactive in other ways helps me dwindle the lonely feelings.  For example, at the beginning of every trip I do my best to prevent the jet-lag effects by being active.  Jet lag can bring down even the seasoned traveler, and the sad and lonely feeling sinks in.

Traveling solo doesn’t mean I’m alone, just like traveling with friends doesn’t necessarily make me feel part of the crowd. Even when I’m not a social butterfly, making friends on the road has been pretty easy for me, enough to give me some company every now and then, resulting in great friendships in many cases.  Hostels are great examples of friendship breeders, and even long bus rides like the ones I took in Guatemala.  Sitting 10 hours in a bus from Antigua to Semuc Champey, and a quick hi, was all it took to get to know other travelers that eventually became my companions for the rest of my trip.  It never hurts to say hi!

Not only a physical companionship makes me feel in company

Sometimes, just a simple Skype call can be an instant boost to my morale.  In this new age, a good company and a cheer can come in the form of bytes and codes.  Online friends have become ever more present in this society that now they have as much influence as “real/in the flesh” friends. We are so connected through the internet that these virtual friendships don’t feel as shallow as they once used to feel.  At least I feel that way… And there’s no better place to reinforce this idea than in the worldwide travel blogging community.

Sometimes loneliness comes and I can’t do anything about it or with it, but that’s ok still.  Usually the benefits of being out there in the world outweigh any lonely feelings that might come.  In those cases, I just let the feeling be.  It won’t last forever, right?

Has this happened to you?  How did you deal with it?