Mount Everest, apart from being the tallest mountain in the world, it is considered as the mother of all challenges to be undertaken by extreme adventurers.

Even though this Himalayan behemoth is not the most difficult mountain to climb, reaching its summit has proven to be very dangerous and even deadly, thanks to altitude sickness, weather, and wind.

Here are some interesting facts about Mount Everest and some of the climbing records on the tallest summit on earth.

Where is it located?

Mount Everest -also known as Chomolangma Peak– is located on the border between Sagarmatha Zone, Nepal, and Tibet, China.

What is its height?

The first official recorded altitude of Everest was 29,002 feet (8,839.2m) in 1856.  In fact, the real measure was 29,000 feet but scientist didn’t want to present this measurement fearing everyone would think it was rounded and not accurate.

So, they decided to add two feet (sneaky scientists). Before this discovery, Mount Kangchenjunga (also in the Himalayas) was considered to be the tallest point in the world at 28,156 ft (8,582 m).

Fast forward to 2010 and Everest now has an official altitude of 29,029 feet (8,848m above sea level).  Um… Did it grow?  In fact, it did. Mount Everest gets even taller every single year thanks to shifting tectonic plates that continue to push Everest upward, along with the whole Himalaya mountain range, at a rate of about 1.6 to 3.9 inches (4 to 10 centimeters) per year.

It is in the Himalayas, so where did the English name “Everest” come from?

The name Everest came from Sir George Everest, British Surveyor General of India from 1830 to 1843, who in 1841 recorded the location of Everest for the first time. From that moment Chomolangma peak was named “Peak XV”, but in 1865 it was renamed Mount Everest to honor Sir George.

Who got to its summit first?

The first recorded climb to the summit was made in 1953 by a pair of a British team composed by a New Zealander named Edmund Hillary and a Nepalese named Tenzing Norgay. But it was Hillary who first stood on the summit. There are arguments that many people reached the summit before 1953, but there is no record of it.

Following Hillary’s impressive achievement, more than 2,700 climbers have reached the summit a total of over 4,100 times. It is clear that Mount Everest still has a mystical appeal that attracts thousands of hopeful climbers every year. Even when they know there is a high risk of uncertainty and death. 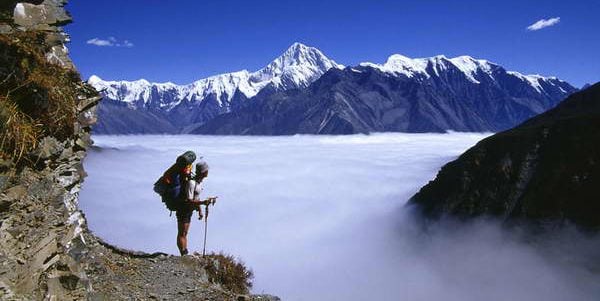 Who can climb it? And how?

Although climbing Everest is no easy task, it is not reserved for the well-experienced only. Many novice climbers have been able to reach the summit by paying a substantial amount of money to professional mountain guides who lead them all the way (up to $25,000 for Nepalese Government climbing permits and guides… ouch!).

Mountaineers who wish to climb Everest establish a camp at the base of the mountain, and four other camps higher in the mountain before reaching the summit.

In a period of 30 days or so, climbers spend their time moving up and down between these camps to acclimatize themselves.  This process allows their bodies to get used to the reduced amount of oxygen in the air – the higher you go, the thinner the air.

Even if you don’t climb to the top of Everest, you can still hike to its base camp, which is among the most popular treks in Nepal. 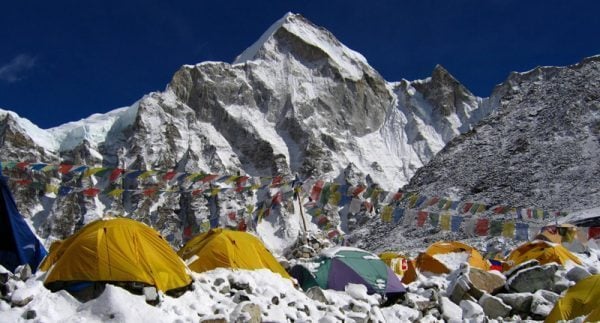 1970: Junko Tabei was the first woman to climb Mount Everest.  She reached the summit in 1975 (separate attempt, of course).

1978: Reinhold Messner and Peter Habeler were the first to climb Mount Everest without supplemental oxygen.

1980: Messner was also the first solo climber to reach the summit.

1996: During the 1996 climbing season, fifteen people died trying to come down from the summit, making it the deadliest single year in Everest history.

2003: Yuichiro Miura sets the record as the oldest person ever to reach the summit. He was 70 at the time.

2005: Mona Mulepati and Pem Dorje Sherpa were the first couple to get married on top of Mount Everest.

Find more information on Everest climbs and the latest news at ExplorersWeb.com and EverestNews.com.

Just a side note:  It is my goal to attempt to climb this summit sometime in the next 5 to 10 years. A lot of practice and training must come before that. So, let’s see what happens…